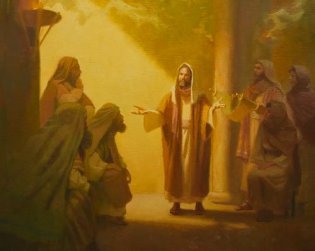 In writing about Jesus, the early church, and the travels of Paul, Luke weaves his defense against the many charges made against Paul and the followers of Jesus. The accompanying chart shows the defenses put forth to Theophilus just in Acts (most of the defenses raised in Luke are discussed in the chapter on Luke). Some defenses are subtle: assertions of verifiable facts which belie the accusations. Others are explicit: citation of legal precedent directly contrary to the arguments of Paul’s opponents. In light of the number and breadth of charges, I have placed them in to two general categories for ease in analysis…

-John W. Mauck
“Chapter 4: For the Defense”
Paul On Trial: The Book Of Acts As A Defense Of Christianity (Kindle Edition)

This book was authored by an experienced attorney who believes that Luke and Acts were written as a formal legal argument for the defense of Paul as he awaited a hearing before Nero in Rome. Mauck’s analysis encompasses not just the immediate charges that were brought against Paul in Jerusalem (Acts 21-22), but any other charges that Paul may have faced or potentially could have faced as a result of his evangelical activities anywhere in the Roman empire. Maulk isn’t the only one to believe this is how Luke/Acts functions, and if he’s correct, then the points Luke makes in his writings are not only of critical interest as theological information to religious scholars and lay readers, but as actual legal evidence to the validity of the Jewish sect known as “the Way” as a legitimate Jewish religious stream (important in Paul’s case since Roman law only recognized Judaism as a legal religious movement outside the Roman/Greek pantheon of “gods”).

I was reading Chapter 4 last week and the chart provided by Maulk details the fifty-nine arguments in defense of Paul. I realized that the chart as a whole was a very nice compression of the entire Book of Acts and that many of the items supported a number of my positions on Acts as legal evidence. I won’t present all fifty-nine items in the following chart, only those that speak to specific points.

The original chart has four columns. The first cites the specific item being defended, the second and third columns indicate which charge or charges it involves. The fourth column gives an example or cites scripture illustrating the defense of the charge. For the sake of space and how WordPress blogs are laid out, I’ve eliminated the two middle columns.

Point one is really both for Jewish and Christian readers, emphasizing that the “Christian” faith is based on documented scriptural evidence from the Tanakh or Old Testament. That states faith in Jesus is Jewish to both target audiences. 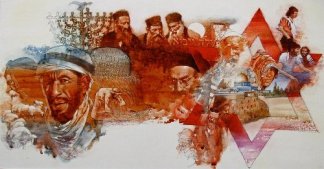 Point two is primarily for Christian readers illustrating that God didn’t bring us in after the Jews “failed” to accept Jesus as Messiah. We were supposed to be part of the “plan” all along with no Jewish “failure” implied.

Point three emphasizes to both audiences that “the Way” is Jewish.

Point eleven I include since some people (OK, just one guy) in the blogosphere has “issues” with women in certain leadership roles, so I thought I’d offer evidence that women were intended all along to assume the roles of prophets and evangelists within “the Way.”

Point twenty-five is more for Jewish audiences who believe that Paul “invented” a new religion that included Gentiles at the expense of Jews and Judaism. In fact, Gentile inclusion not only involved Peter (Acts 10) and James and the Council (Acts 15) but a number of other Jewish believers who participated in preaching the Good News to the Gentiles in Syrian Antioch prior to the involvement of Barnabas and Paul (Acts 11).

Point twenty-eight is interesting since it can be interpreted a couple of ways. For some portions of the Hebrew Roots movement who are part of what could be called “the inclusionist group,” it could mean that Jewish and Gentile believers were identical units in every respect. For the Messianic Jewish movement and those within it who adhere to a “bilateral ecclesiology” viewpoint, it could mean that the early groups of believing Jews and Gentiles worshiped together in the synagogue (Acts 15:21) as part of the teaching/training of Gentiles in “the Way” of Messiah as differentiated from full conversion to Judaism and Torah observance.

Point thirty-eight says both that normative Jewish people accepted Jesus as the Messiah and that evidence in scripture supported the Messianic claim.

Point forty again verifies that “the Way” was not some newly invented religion but a functioning Judaism.

Point forty-three again verifies the “Jewishness” of the teachings of and Jewish faith in Jesus.

Point forty-seven supports that Paul was not teaching against Torah to the Jews.

Point forty-eight explains that Jewish hostility against “the Way” did not involve objections to believing in Jesus as Messiah but was specifically directed against Gentile involvement in the movement.

Point forty-nine illustrates that there was no one overarching “Judaism” or Jewish belief system in that day, and shows that even though there was some Jewish opposition to faith in Jesus, it did not mean such faith was not a legitimate Judaism.

While Luke had one specific agenda for his writings, I have a different (though related) one for the use of the above-cited information. I want to “prove” the validity of “the Way” as Jewish to modern Jewish and Christian audiences. I’m hardly saying that I believe Gentile Christians are “Jewish” or should take on obvious Jewish identity markers or practices, but I do want to communicate that supersessionist and anti-semitic thoughts and practices in the church are not sustainable when examined against the Biblical record.

I want to illustrate also that since the faith of ancient Jews in Jesus as the Messiah was considered as an acceptable and valid form of Jewish worship, the same is true today, particularly within valid Messianic Jewish worship communities. I’m not trying to chase Jews into the church since, despite Maulk’s use of language, Peter, Paul, James, and the rest of the Jewish apostles and disciples didn’t worship and congregate in “church,” they did so at the Temple in Jerusalem and in synagogues in Israel and the diaspora. There is nothing about the Jewish worship of the Jewish Messiah that goes against Jewish Torah observance, Jewish lifestyle, and Jewish devotion to Hashem within a specifically Jewish community. 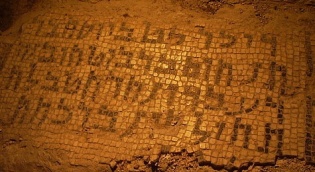 Finally, I want to demonstrate that while Jewish and Gentile believers worshiped closely together in community at the beginning of the movement of the Way, they were not necessarily identical units, with Gentiles observing the full yoke of Torah in the manner of Jews but without becoming proselytes. That’s the weakest of my arguments, since the chart information doesn’t address it specifically, but then, Maulk probably never considered that Gentiles could or would be required to take on the full Torah as normative Gentile behavior within the Way. Nothing in Luke or Acts even brings up the issue of full Gentile Torah observance as an expectation of Paul’s and in fact, the opposite is true.

The chart does say four things. That Gentile inclusion into the Kingdom was always part of the plan (Acts 15), that James and the Council made a ruling that was specifically tailored for Gentile inclusion and it applied to no other population, specifically Jewish believers (again Acts 15), that such a decision didn’t violate “the Way” as a Jewish sect (see points 3, 7, 25, 28, and 47), and that there was mutual community participation between Jews and Gentiles, at least in the early days of the movement (Acts 11).

It’s not incredibly overwhelming evidence and I don’t doubt that the various reader populations I’ve been addressing will continue to object, but hopefully I’ve given everyone something to think about. I’ve probably even raised objections among some Messianic Jews relative to the “closeness” between believing Jews and Gentiles I see demonstrated in Acts 11. At that point in history the only place where they could learn anything about Jewish religious practices and theology as related to Jesus was the synagogue. Paul and Barnabas spent an entire year educating the believing Gentiles in Antioch. I think it’s valid to say that they had close relationships which included table fellowship (although Galatians 2 seems to show that nothing is perfect).

I know I’m stirring the pot again and no doubt emotions are also being stirred among some folks reading this. But like I said, I hope a few new ideas and possibilities are also moving around. I hope and pray they produce healthy dialogue.