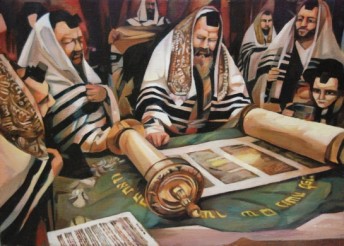 The brethren immediately sent Paul and Silas away by night to Berea, and when they arrived, they went into the synagogue of the Jews. Now these were more noble-minded than those in Thessalonica, for they received the word with great eagerness, examining the Scriptures daily to see whether these things were so. Therefore many of them believed, along with a number of prominent Greek women and men. But when the Jews of Thessalonica found out that the word of God had been proclaimed by Paul in Berea also, they came there as well, agitating and stirring up the crowds. Then immediately the brethren sent Paul out to go as far as the sea; and Silas and Timothy remained there. Now those who escorted Paul brought him as far as Athens; and receiving a command for Silas and Timothy to come to him as soon as possible, they left.

This was the topic of today’s sermon and Sunday School class teaching. I thought it would be a nice, friendly, benign topic, and the Sunday School teacher is very supportive of Jewish people and Israel. But then, when reviewing the notes teacher sent me for class, I saw this question:

In verse 13 of Acts 17 we see that the jealousy (emph. mine) of the Jews in Thessalonica continued to boil over into trying to destroy the work of God in Berea also. Can and do Christians today oppose the work of God? How?

That’s a loaded question but before continuing, let’s take a look at the “jealousy” of the Thessalonian Jews.

Now when they had traveled through Amphipolis and Apollonia, they came to Thessalonica, where there was a synagogue of the Jews. And according to Paul’s custom, he went to them, and for three Sabbaths reasoned with them from the Scriptures, explaining and giving evidence that the Christ had to suffer and rise again from the dead, and saying, “This Jesus whom I am proclaiming to you is the Christ.” And some of them were persuaded and joined Paul and Silas, along with a large number of the God-fearing Greeks and a number of the leading women. But the Jews, becoming jealous (emph. mine) and taking along some wicked men from the market place, formed a mob and set the city in an uproar; and attacking the house of Jason, they were seeking to bring them out to the people.

The question is, why did “the Jews” become jealous in the first place? Jealous of what? I remember the question was covered by First Fruits of Zion (FFOZ) author and scholar D. Thomas Lancaster in the Torah Club series, Volume 6: Chronicles of the Apostles. In fact, this type of jealousy was first observed by Paul in the synagogue in Pisidian Antioch (Acts 13) when he was evicted, not because of his declaration that Yeshua was Moshiach, but because his sermon on one Shabbat brought a huge number of pagan Gentiles into shul on the following Shabbat. The Jewish leadership was “jealous,” not because Paul brought in record numbers of people, but because record numbers of pagan Gentiles were invading their religious space…all because of Paul and his “inclusive” teachings.

I confirmed this by looking at Lancaster’s commentary on Acts 17. Lancaster referenced the following to support his opinion:

… who both killed the Lord Jesus and the prophets, and drove us out. They are not pleasing to God, but hostile to all men, hindering us from speaking to the Gentiles (emph. mine) so that they may be saved; with the result that they always fill up the measure of their sins. But wrath has come upon them to the utmost. 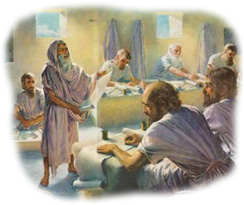 We see in Acts 17:2 that Paul had been preaching in the Thessalonian synagogue for three Shabbats, so it couldn’t have been that his message about Messiah was immediately offensive. We do see that some of the Jewish people were persuaded along with “a large number of the God-fearing Greeks and a number of the leading women” (Acts 17:4). That in and of itself might have been the problem if the “God-fearing Greeks” and “leading (Greek) women” were bringing in large numbers of their friends, relatives, and business associates who regularly patronized pagan temples. The Jewish leadership of the synagogue probably felt threatened and outraged and finally (and wrongly) staged a violent upheaval to attack Jason, who had been hosting Paul and his party, forcing Paul and his companions to flee into the night.

I was somewhat heartened when the teacher asked the question about God’s purpose for the Jewish people. Well, not his question, since that could go either way, but his answer:

I am telling the truth in Christ, I am not lying, my conscience testifies with me in the Holy Spirit, that I have great sorrow and unceasing grief in my heart. For I could wish that I myself were accursed, separated from Christ for the sake of my brethren, my kinsmen according to the flesh, who are Israelites, to whom belongs the adoption as sons, and the glory and the covenants and the giving of the Law and the temple service and the promises, whose are the fathers, and from whom is the Christ according to the flesh, who is over all, God blessed forever. Amen.

So when the question about “the jealousy of the Jews” came up and teacher said this caused “the Jews” to reject Paul’s message about Christ, I piped up and said, “Not all the Jews.” And things went downhill from there.

Even accepting that it was the Jewish leadership of the synagogue and not every individual Jewish person in attendance, one woman in class said that the leadership represented the people, pretty much painting all “the Jews” with a broad brush. Actually, I was thinking of the synagogue in Berea but I figured that I’d missed my window of opportunity in explaining my point and wasn’t going to get another one…that is unless I wanted to start a riot.

I thought about answering the question, “Can and do Christians today oppose the work of God? How?” but I didn’t think it would go over very well. The class ended up answering that question by talking about Strange Fire and got into how Christian apathy is a big problem, how we gave up “school prayer” but the Muslims haven’t caved in as we did, and so on.

I did actually learn something though. If the Thessalonian synagogue leaders became jealous because of the vast number of pagan Greeks Paul attracted into their space, why didn’t this happen in the Berean synagogue? Paul’s message was the same and neither group objected to a visiting Rabbi sharing his theological opinion about Moshiach (even if they didn’t agree necessarily) so the issue could have been Gentile inclusion.

And some of them were persuaded and joined Paul and Silas, along with a large number of the God-fearing Greeks and a number of the leading women. But the Jews, becoming jealous and taking along some wicked men from the market place, formed a mob…

Now these were more noble-minded than those in Thessalonica, for they received the word with great eagerness, examining the Scriptures daily to see whether these things were so. Therefore many of them believed, along with a number of prominent Greek women and men.

In both examples, we see a population of Jews along with Greek men and prominent Greek women, so it looks like the base population of both synagogues is very similar (to the best of our ability to discern given the brevity of detail). I learned that Berea was off the beaten path, so to speak, which was probably a good place to hide out from the Thessalonians, some forty or fifty miles away from the scene of Paul’s previous troubles. 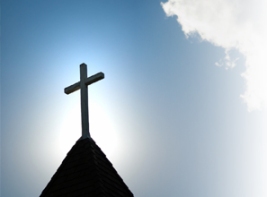 There could have been something different about the general population of Berea. Maybe not as many pagan Greeks were attracted to the message of the Jewish Messiah King. Maybe the Jews in Berea had a better relationship with or at least didn’t mind the general non-Jewish people of their small town so much. Maybe being more “noble-minded” means that these Jews were more accepting of Gentile inclusion in a Jewish religious space, especially since they diligently searched the Tanakh (Old Testament scriptures) and possibly discovered scriptural evidence supporting such inclusiveness.

I had never considered any of that before, so I’m indebted to today’s Sunday School class for inspiring these thoughts.

I know a large part of Boaz Michael’s book Tent of David is the message of healing relationships between more “Hebraically-minded” Christians like me and the normative Church. Part of this process is to have folks like me me make a traditional Christian venue my “church home.” I get to see the positives of how church really does “teach Torah” and I get to share something of my pro-Judaic views on the Bible.

My Sunday School class identified one of the big problems in the Church as apathy, especially with people who were raised in the Church. People take hearing and reading the Word for granted. They go with the flow. They don’t let themselves be engaged by the Bible, either in hearing or reading. They don’t kick up a fuss when the rights of Christians are surrendered by Christians who don’t want to make waves in the larger secular society (which is probably why liberal churches are popular at the moment).

I agree that “going with the flow” can lead to large problems, but the “flow” I have a problem with, even among Christians who are generally pro-Jewish people and pro-Israel (but not necessarily pro-Judaism) is the difficulty in entertaining even a slight deviation from their general assumptions about “the Jews” they read about in Acts or in Paul’s epistles.

If I’m going to make an impression, I have to speak up, but if I speak up too much, I’ll make the wrong impression. I kept silent for the most part in class except for a few words here and there, but I could have literally taken over class with all that was bubbling between my ears. 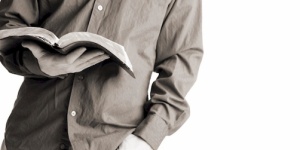 Pastor’s Ph.D program has expository preaching as an emphasis (and I notice from this reference that the “practice originated from the Jewish tradition of the rabbi giving a ‘Dvar Torah’, explaining a passage from the Torah, during the prayer services”. Pastor encouraged us from the pulpit to engage in “expository listening” which generally means actively engaging God’s Word, allowing it to be applied and integrated into our lives, and then responding out of that application.

But that probably also means generally agreeing with the rest of the people in church, sharing only very small differences of opinion.

I really wanted to ask what the Thessalonians were jealous of in Sunday School class, but I knew if I did, it wouldn’t end well. I’m grateful for what I did learn in class today but unfortunately, as much as I like and admire the teacher (and he is a wonderful person and even a tzaddik), it wasn’t what he was actually teaching.

Addendum, 12-9-2013, Monday: I just read a blog post at a place called AncientBible.net called Paul Was Too Jewish for the Synagogue, Part 1 written by Derek Leman. It makes several points that speak to this particular “meditation” of mine, so I thought I’d include it here.