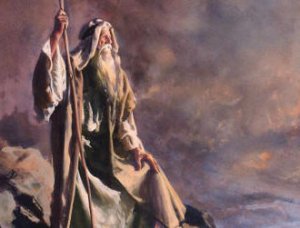 When Abraham heeded G-d’s order he was already fully proficient in what was to become known as Kabbalah. He had even authored a major Kabbalistic text – Sefer HaYetzira (the Book of Creative Formation). He was an acclaimed astrologer and conversant in the magic of the East. In his youth, Abraham had turned his back on the negative forces of tum’ah (spiritual blemish) and adopted the pathway of spiritual monotheism.

-from Practical Kabbalah: A Guide to Jewish Wisdom for Everyday Life (pp 19-20)
by Rabbi Laibl Wolf

You shall not practice divination or soothsaying. –Leviticus 19:26 (JPS Tanakh)

The word “se’onenu” in the verse cited above (Lev 19:26) can be a derivation of the root onah (time season) or of the root ayin (eye). Consequently, two different prohibitions are based on this verse. One, quoted by Rashi on the verse, is the prohibition against “calculating times and hours.” It is forbidden to employ astrological (Rambam Hilchos Avodas Kochavim 11:8) calculations in order to determine when to engage in or refrain from a certain activity.

I don’t always understand what I’m reading in the Jewish teachings, or at least I don’t always understand it well enough to agree with what is being taught. For instance, Rabbi Wolf plainly states in his book that Abraham was “an acclaimed astrologer” and yet Rabbi Neustadt, referencing Rashi and the Rambam, interprets Leviticus 19:26 as prohibiting the use of astrology. Furthermore, practicing various types of sorcery and magic is forbidden in Torah as described here:

Let no one be found among you who consigns his son or daughter to the fire, or who is an augur, a soothsayer, a diviner, a sorcerer, one who casts spells, or one who consults ghosts or familiar spirits, or one who inquires of the dead. For anyone who does such things is abhorrent to the Lord, and it is because of these abhorrent things that the Lord your God is dispossessing them before you. You must be wholehearted with the Lord your God. Those nations that you are about to dispossess do indeed resort to soothsayers and augurs; to you, however, the Lord your God has not assigned the like. –Deuteronomy 18:10-14 (JPS Tanakh)

So where would Rabbi Wolf get the idea that Abraham was an accomplished astrologer and “conversant in the magic of the East?”

There are two ways to look at this. The first is that Kabbalah suggests many things that we can’t derive from the plain meaning of the Torah text. While proponents of Kabbalah believe that it has its origins as an oral tradition that predated Jesus and indeed, may have been practiced in some manner by Abraham and even by Noah and Adam, other Jewish scholars attribute the rise of Kabbalah to a much later time, with the writing of the Zohar (presumably by Moses de Lyon, although this is not firmly established) in the 13th century CE. Given the historical “uncertainty” about Kabbalistic teachings, not everything we read about figures such as Abraham in Kabbalah can be taken as completely factual.

The second is that Abraham lived in an age far earlier than Moses and the giving of the Torah at Sinai and he can’t be expected to have understood all of the prohibitions it contained (and thus, may have possibly practiced magic and astrology in his earlier days, although this is pure conjecture). Nevertheless, there is also a tradition in Judaism that says Abraham was certainly aware of everything in the Torah, even though it had yet to be written down.

The Talmud states that Abraham, Isaac, and Jacob all studied in the academies of Shem and Eber. The Talmud further proclaims that the Patriarchs kept the entire Torah before it was given. How was this possible? The Kabbalists explain that they kept the Torah in its spiritual form, for it was only subsequently through Moses that the Torah instruction became manifest in the physical observance of Mitzvot. 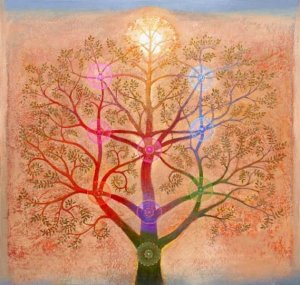 But since this information takes us back to Kabbalah, we may tend to disregard it as a source of historical fact and relegate it to the status of almost legend.

But there are many observant Jews who consider everything I’ve just said about Abraham’s history as outlined in Kabbalah as absolutely true.

As a Christian who doesn’t have the benefit of a classical Jewish education, let alone a working knowledge of Kabbalah, how am I to interpret all this, as Rabbinic fiction or even fantasy? That seems a little harsh, but many of the statements about Abraham studying Torah in the House of Shem and practicing the magic of the East stretch credibility beyond the breaking point. Is it that I am just so ignorant of Jewish tradition and the Hebraic mindset that I am unable to grasp the deeper and hidden (Sod) meaning in Torah, or is there something else going on?

The process is evident even on the basis of a casual reading of Midrash Genesis Rabbah. The rabbinic ideal of “Talmud Torah” as the driving force in Jewish religious behavior is projected as a constant factor in the lives of the patriarchs: The children of the patriarchs study in the batei midrash of Shem and ‘Ever’ (e.g. Genesis Rabbah 63:10); Jacob strives to establish “a house of Talmud where he might teach Torah” in Egypt (Genesis Rabbah 95:3); Abraham was well versed in the prohibition of carrying on Shabbat without an ‘eruv’ (specifically an ‘eruv hazerot’ Bereshit Rabbah 49:2)…

-Isaiah Gafni
“Rabbinic Historiography and Representations of the Past” (pg 305)
The Cambridge Companion to the Talmud and Rabbinic Literature
Edited by Charlotte E. Fonrobert and Martin S. Jaffee

In his essay, Gafni speaks of the Talmud’s “Rabbinization of the past”.

If, indeed, we can assume that the contemporary rabbinic Judaism espoused by certain talmudic sages held up favorably when compared with earlier expressions of the faith, issues of past and present no longer suggest a one-directional regression from the glories of the past. With this in mind, we might better understand a well-documented phenomenon in rabbinic midrash, namely, the “rabbinization of the past.” (pg 304)

One way to establish and support an acceptance of Talmudic interpretation and judgment relative to Torah for post-Second Temple Judaism is to project the values and even the “reality” of Talmud (and later, Kabbalah) not only forward in time but backward. Peering at the Patriarchs through this lens, we can indeed “see” Abraham, Isaac, and Jacob studying Torah and Talmud in the study house of Shem when by historical knowledge and a plain reading of the Torah, such events seem very unlikely to have actually taken place.

However, the Rabbis may have had other motivations besides cementing the validity of Talmud for the Jewish people as Gafni points out.

But while the practical observation of the Law by pre-Sinaitic figures predates the rabbis, the more thorough rabbinization of the past by endowing it with a more focused stress on uniquely post-Destruction religious and social categories was clearly the work of talmudic sages, emerging primarily in amoraic (and not tannaitic) literature. The rabbis may have been motivated, at least in part, by a wish to avoid a type of supersession imagery embraced by the Church. However, in fact they were, to a certain degree, doing precisely what the Fathers had done, namely, applying to the patriarchs a more spiritualized behavior in manifesting their Jewish identity. (pg 308)

I find it more than a little ironic that the “rabbinization” of the ancient men and women of the Torah, which Christianity criticizes with great zeal, was possibly motivated in part, by the Jewish need to defend itself against early Christian supersessionism.

Viewed through the eyes of Gafni’s study, we can read many of the Talmudic and Kabbalistic “histories” of the patriarchs and matriarchs as, not exactly fiction, but a “rabbinization” process designed in the early centuries of the Common Era, to preserve the Jewish people as a people, which was a requirement in the face of the exile from the Land of Israel and hostile persecution by the official Church of the Roman Empire.

So we can hardly blame the Rabbis (well, I can’t anyway) when we read something like this.

But the children struggled in her womb, and she said, “If so, why do I exist?” She went to inquire of the Lord. –Genesis 25:22 (JPS Tanakh)

When she passed the academy of Shem and Ever, Jacob struggled to leave the womb, and when she passed a temple of idol worship, Esav fought to leave. – Rashi 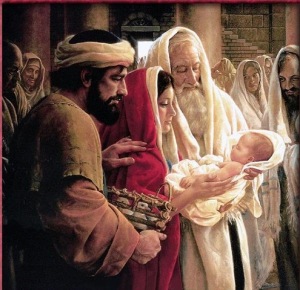 It seems unlikely that a “Torah academy of Shem and Ever” really existed and even if somehow it did, that Jacob would struggle to escape his mother’s womb in order to study Torah (as an unborn child) there whenever she was near that place.

Strangely enough though, we have a sort of parallel in Christianity.

Miryam arose in those days and went quickly to the mountains, to a town of Yehudah. She entered the house of Zecharyah and blessed Elisheva. When Elisheva heard Miryam’s brachah, the child danced inside of her and Elisheva was filled with the Holy Spirit. –Luke 1:39-41 (DHE Gospels)

If the unborn John could dance in his mother’s womb at the sound of the blessing of Miryam (Mary) who was pregnant with Messiah and Savior, is this scripture a sort of “Christian rabbinization” of the Gospels or is it something more? If it is more, then what are we to make of the “rabbinization of the patriarchs?”

If we were prophets or people of vision, we would see what is important and what is not, what will bear fruits and what will remain barren.

But we are simple people in an age of confusion. Our lives are filled with uncertainties—anything could happen, we have no way of telling.

We cannot decide which mitzvah is important and which will bear fruit. Neither are we expected to make our decisions that way.

All that’s expected of us is to simply grab whatever G‑d sends our way, and do our very best at it. What will come of it? What is its purpose?

Only He needs to know.

8 thoughts on “The Rabbinization of Abraham”