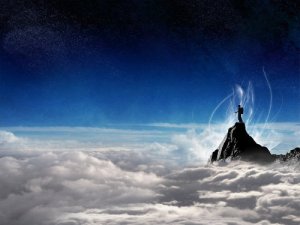 Today’s amud discusses one who saw a dream and was unsure what it means.

When Rav Raphael of Barshad first began to search for the ideal way to serve Hashem, he heard that learning the Zohar Hakadosh was a great segulah for attaining fear of heaven. He began learning a great deal of Zohar but when he reached towards the end of the Zohar Chadash, he was dismayed. The Zohar warns there against being like Bilaam, who was a complete fool despite his great knowledge of serving Hashem.

Rav Raphael said to himself, “If one can know so much and still be a fool, perhaps I should focus instead on the Shulchan Aruch so that my study will bring me to action.”

He started learning the Shulchan Aruch in depth, but when he got to Orach Chaim #231, “All of one’s acts should be for the sake of heaven,” he again felt that something was missing.

“Are all of my actions really l’shem shomayim? Perhaps I should spend more time on mussar?” Rav Rafael therefore added study of the Shelah HaKadosh to his schedule.

He was so immersed in the Shelah that he would learn it at every opportunity. But after a while he again felt as if something was missing. So he traveled to the famous Rav Pinchas of Koretz for advice.

Rav Rafael poured out his heart. “I want to serve Hashem in truth, but everything I have tried has been insufficient!” He was so distressed that he actually fainted.

When he came to, Rav Pinchas said, “If you stay with me, you will come to truth.”

Three years later, Rav Rafael dreamed that he was playing cards. Although his hand started out with black cards, they all turned white in the end. When he shared his dream with Rav Pinchas, he was given a positive interpretation.

“When you first came to me, you were blackened with worry and chumros, and this prevented you from serving Hashem in truth. But now you are white with virtue and purity!”

This sequence of events reminds me of Joseph’s gift of dream interpretation which we’ve recently read about in Genesis 40:5-23 and particularly in Genesis 41:1-32. In both instances, the interpretation of dreams changed the course of people’s lives. When Joseph interpreted the dreams of Pharaoh, King of Egypt, the ultimate result was that Joseph was transformed from prisoner to ruler, the civilized world was saved from starvation, and the Children of Israel were gathered to Goshen in Egypt to sojourn in peace…and after Joseph’s death, to become slaves. 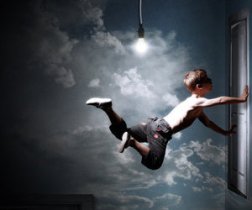 But what does the dream of Rav Raphael of Barshad tell us? Even the interpretation of Rav Pinchas of Koretz does not reveal exactly why Rav Raphael went from being “blackened” to “white with virtue and purity”. Was there something wrong with what he was studying or was he just studying too much? Some Christians might use this parable to say that the Jews in general study too much outside the realm of the Bible and that all we need is the Holy Spirit and the Gospels to guide us. However, if that’s true, then why do Christians study the Bible at all? If true, then why is there such a vast body of Christian Biblical scholarship available? Maybe it’s not the studying at all, as we’re about to discover.

Yesterday, I wrote a very short and simple meditation called God is in the Backyard. Not that God is literally hanging out beside the flower bed or the swing set, but that He is near at hand to all who call upon him.

By using the quotes above, I’m not disdaining serious study. Quite the opposite. I advocate a life of peering into the Word as well as the wisdom of the Sages in order to gain a clearer glimpse of the glory of God. In a sense, that was the goal of Moses as well. Moses, more than anything, wanted a greater understanding of God (according to the Sages, he didn’t literally want to see God’s face) and God granted Moses as much as a human being could comprehend.

Then Moses said, “Now show me your glory.”

Then the LORD said, “There is a place near me where you may stand on a rock. When my glory passes by, I will put you in a cleft in the rock and cover you with my hand until I have passed by. Then I will remove my hand and you will see my back; but my face must not be seen.” –Exodus 33:18-23

Studying is one way we get to know God better. It’s not a perfect way, as Rav Raphael discovered. Sometimes study can take on a life of its own and is unknowingly substituted for the target at which we are aiming. Rav Raphael was afraid he was missing out. He tried to create a comprehensive lifestyle of study that would “cover all the bases” but he was never satisfied. Rav Pinchas showed him that there is more to our desire to know God than can be found in study (though the parable does not say exactly what transpired between Rav Raphael and Rav Pinchas during the three years described). Perhaps it wasn’t the course of study at all but Rav Raphael’s worry and anxiety over not being sufficient. Maybe his course of study never changed, but his attitude toward it (and toward God) did.

We are all insufficient in our relationship to God. Not that we shouldn’t continue striving for greater closeness, but we must come to accept that our own efforts will never be enough to close the gap. For some, this is an excuse to stop trying and to let God do all the work. For others, it is the motivation to try and obey God “just right”, as if the commandments in the Bible were some sort of checklist, but that may be what caused Rav Raphael’s problem in the first place (and if so, Rav Raphael had the wisdom to realize this wasn’t working). Neither approach is the true answer. The answer I believe Rav Raphael discovered was to let his effort be his effort and to let God be God. Release the anxiety surrounding whether or not you are doing enough or doing it just right, and just do what you can do. How can we feel the joy of a relationship with God if we are constantly fretting over all the tiny details? I believe in seeking His joy, we will sail to ever greater heights, though I doubt we’ll recognize it until after we’ve arrived.

We all struggle as we climb a difficult trail but the reward of reaching the summit, as we will someday, is worth the cost. However during the effort of the journey, there are rewards enough as well if we take the time to look for them. Let every day be the summit and the reward in reaching the final destination will take care of itself. Another way of saying it is Dayenu.

5 thoughts on “The Sufficient Summit”