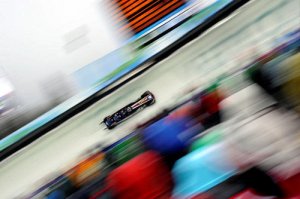 Afterlife is a very rational, natural consequence of the order of things.
After all, nothing is ever lost—even the body only transforms into earth. But nothing is lost.

The person you are is also never lost. It only returns to its source.

If your soul became attached to the material world during its stay here, then it must painfully rip itself away to make the journey back.

But if it was only a traveler, connected to its source all along, then its ride home is heavenly.

-Rabbi Tzvi Freeman
“The Journey Home”
Based on letters and talks of the Rebbe
Rabbi M. M. Schneerson
Chabad.org

When one “falls on his face” the custom is to lean on his left arm.

No I’m not going to talk about the “life in the World to Come,” known to Christians as “Heaven,” though I suppose my meditation this morning is related. I’m talking about who we are and where we belong in the here and now. That seems to be my theme this week, since I started things out a few days ago with God is in the Backyard and yesterday posted The Sufficient Summit. It’s always kind of bothered me that Christians are so focused on “going to Heaven” when we die, and yet in Judaism, Heaven is not just somewhere you go, it is something you carry with you. Why worry about the future when there’s so much to do here in the present? Interestingly enough, in the film Cool Runnings (1993), the character Irv, played by the late John Candy, has the defining line of dialog for the movie and perhaps, for life as well.

Derice, a gold medal is a wonderful thing. But if you’re not enough without one, you’ll never be enough with one.

If you take out the “Olympic” imagery, you can easily see that Irv could be talking about anything in life we consider important; anything we think defines us as human beings.

What makes our lives worthwhile? What makes us good servants of God? How do we know we’re “enough?” In the aforementioned film, Derice asks his coach Irv how he’ll know if he’s enough. Irv answers, “When you cross that finish line tomorrow, you’ll know.” Notice Irv didn’t say “when you cross that finish line first.” You just have to cross it. You just have to keep going. You can’t give up. That’s the only failure.

In the film, our intrepid Jamaican bobsled team (the film is very, very loosely based on fact) finishes dead last after their four-person bobsled malfunctions during their final race. In fiction (though not in fact), Derice and his teammates pick up the sled and walk across the finish line to thundering applause. They didn’t finish first. They didn’t win a gold medal. They didn’t win anything. Or did they?

Shift the metaphor over to your life as a person of faith. Take a moment to consider what you think you have to do to be worthy of that faith. Now think of your failures. If you’re Jewish, think of the ramp up to the Days of Awe, with Yom Kippur looming on the horizon. Think of reciting the Vidui which is an extremely humbling public experience. Think about how much you have let God down.

Does that mean you failed? Only if you didn’t get up, pick up your sled, uh…cross (Luke 9:23), and keep on going; following him…you know, Jesus…following him toward the finish line. Paul himself said “I have fought the good fight, I have finished the race, I have kept the faith” (2 Timothy 4:7). It’s easy to translate a film about sports to the Apostle’s “sports metaphor” written to the Greek speaking Jews and Gentiles in the diaspora…and to us nearly 2,000 years later.

The one thing Christians want to avoid more than anything else in the universe is Hell. Once a person is saved, regardless of whatever other hardships they may face, fear of Hell is supposed to be a thing of the past. Pastor and author Rob Bell in this book Love Wins (which I have yet to read) challenges the traditional Christian teaching about Hell and he took plenty of “heat” because of it. As it turns out. Bell’s view of Hell isn’t exactly his own.

Everything about the Rebbe was pure kindness. Even his idea of “hell” was as kind and generous as could be:

People have a misconception of Hell. Let me tell you what Hell really is.

Hell is a spiritual place where everything that exists in our world exists, but in an infinite way. So, whatever you chased after in this world, there you do it ad infinitum.

I’m not making any sort of commentary about what Hell is or isn’t or what happens to us exactly when we die, but just ponder the Rabbi’s words for a moment. Some of us live a kind of “hell on earth” depending on what we have attached ourselves to in our lives. In yesterday’s meditation, I quoted a parable about Rav Raphael of Barshad who could never find peace in serving God, no matter how many duties he took upon himself. His anxious desire to serve Hashem in perfect purity was ironically what prevented him from achieving his goal. He had created his own “hell on earth” in his desire to touch Heaven. Fortunately, he continued to “run the race” and finally reached the place he needed to be, just by surrendering his anxiety.

Shulchan Aruch Siman 131 Seif 1 states, When one “falls on his face” the custom is to lean on his left arm. This recalls the custom to recite tachanun while leaning on the left arm because Mishnah Berurah explains that when a person davens, the Divine Presence is on his right. When a person leans on his left arm, he is facing toward the Divine Presence. After a person “falls on his face” (fails God or hides his face from God), he lifts his head and supplicates while sitting, in his place according custom, and shows respect for God. When one falls on his face, he lifts himself up, faces God again in supplication, rises, and continues in “the race.”

Supposedly, Winston Churchill said, “Success is not final, failure is not fatal: it is the courage to continue that counts.” After failing God, we sometimes feel as if the failure is indeed fatal, at least to our spiritual life, and there is a strong temptation to consider ourselves “damaged goods” and unworthy to continue the pursuit of holiness. We feel soiled and desecrated. Yet the Sages have something to say about this, too.

The Gemara in Avoda Zara (52b) cites a discussion regarding the status of the stones of the Altar which were contaminated by the Greeks when they occupied Eretz Yisroel and Yerushalayim during the era of the Second Beis HaMikdash. Rav Sheishes says that the Greeks did not have the ability to desecrate that which did not belong to them. The stones of the Altar which were defiled were declared to be ruined only from a rabbinic perspective, but Torah law considered the stones as remaining holy. Rav Pappa holds that the verse from Yechezkel which we cited proves that the invaders who defiled the stones of the Altar also succeeded in causing the stones to lose their sanctity. Rav Pappa understands that the ones who “came into it” refers to our enemies who entered into the Sanctuary of the Mikdash. 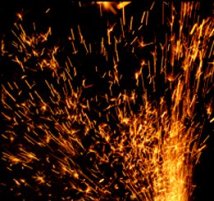 We cannot be defiled by something we are not truly a part of and that is not a part of us. Only if we attach ourselves to something in this life does it become our “hell on earth” (and perhaps beyond). No one success in our lives means we will never face failure again, but no one failure defines us as perpetually unworthy to serve God, unless we stop running, sit down, and give up. If we fall down into the mud, as long as we can raise ourselves up again to face God, stand on our own two feet, and keep on going, we haven’t failed. We were merely delayed. Nothing is ever lost unless we decide it is, including us. Even death cannot destroy us if we are attached to our Source. Our body may burn to ashes or return to the dirt, but who we really are soars like an eagle and rises like a fiery spark returning to Him who has created everything.

There are no gold medals for being the first spark, or bobsled, to reach God. The only reward is for finishing…even if you’re dead last.

2 thoughts on “The Last Bobsled”