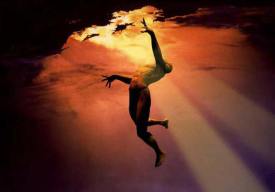 Rabbi Noah Weinberg was visiting the United States of America. He spent one Shabbat in a small New Jersey community. The people were friendly, and because of the small size of the congregation for Rabbi mingled freely with all the congregants. On Shabbat afternoon, when they sat to eat Seudah Shelisheet, the third Shabbat meal, a young man who was sitting next to the Rabbi began a conversation, which expressed his frustration with his ability to learn Torah. The young man described the many hours in the many techniques he had tried in order to grasp the difficult concepts of the Talmud study.

“How come I just can’t get it?” he asked. “No matter what I do, it seems my conclusions are wrong when I get a chance to review with my Rabbi. I am about to give up,” he said he reported.

On last Friday’s extra meditation, I posted a video of Rev. LeeAnne Watkins, Rector at St. Marys, St. Paul, a faith community located in the Merriam Park neighborhood of St. Paul, Minnesota. As you may recall, she was lamenting that after “years of experience and lots of good will, traditional Faith Formation programming is floundering in communities across the country,” including her own. In response, the ministerial staff at St Mary’s had stopped offering all adult education classes. They cancelled everything. They gave up. Rev. Watkins gave up.

I just got an email notice from WordPress.com notifying me that the domain name for this blog will expire in 90 days. I can either choose to renew it for another year, or let it lapse, sending my “morning meditations” into obscure oblivion. Believe me, there are times when I’m tempted to give up, too. The contentiousness and extreme lack of unity within the community of faith in Jesus Christ is just stunning at times. It’s not only the lack of unity, but the hostility expressed in our various online exchanges that makes me wonder if there even is a community of faith in the Messiah anymore. Everyone is so concerned with protecting their own turf and their own theologies, usually at the expense of everyone else who calls Jesus “Master” and “Lord.”

An extreme, though understandable, example is found in Lawrence H. Schiffman’s review of Rabbi Shmuley Boteach’s controversial book, Kosher Jesus as posted at JewishJournal.com. Even the concept of attempting to establish peace between Judaism and Christianity is depicted in widely different ways by these two Jewish gentlemen:

Most difficult to accept is Boteach’s claim that Jews should re-accept Jesus as one of their own teachers, so that Jews and Christians will share this common teacher and unite in our service of God. This notion is probably the cause of the great controversy that already surrounds this book. In making this proposal the author ignores two major issues: 1) The symbolism of Jesus in Western culture where Jews were taunted, persecuted and killed in Jesus’ name. It is simply insensitive to expect, as Boteach does, that this experience should be forgotten so quickly. 2) The need for Judaism to draw clear lines between itself and Christianity to avoid losing adherents to the dominant faith. The Jewishness of Jesus is regularly used in evangelizing Jews by Christian proselytizers to ease the way from Judaism to Christianity. So there is no sense to the proposal to reclaim Jesus as a teacher and hero. He is best left to his Christian adherents, even if he was once a fellow Jew who lived by the Jewish tradition.

Although Rabbi Boteach advocates Jews attempting to reintegrate the historical and Jewish Jesus back into Judaism in order to foster Jewish/Christian peace, Professor Schiffman believes that such peace can only be achieved and maintained by abandoning any hope that Jesus could be considered Jewish, relegating him to the exclusive realm of “Gentile god”. While I can certainly understand the need to separate the Christian Jesus from modern Judaism, given the traditional enmity between the two religions, it is still discouraging that Judaism is unable or unwilling to at least consider the teachings of the Jewish teacher from Natzeret, even apart from Christian rhetoric. 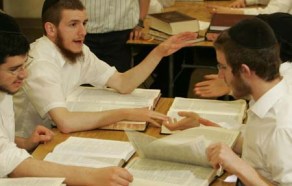 Of course, there are plenty of disagreements within Christianity and particularly between the church and the Messianic Jews who have accepted the Nazarene as Master and Messiah, so I don’t have to go looking too far for discouragement. Going back to Rabbi Beyda’s commentary, at the level of the individual, disappointment doesn’t have to be caused by interfaith conflicts. Just facing personal inadequacies can be enough to make you, or rather, to make me want to give up.

But what about our metaphorical Talmud student. Is his case truly hopeless. I found an interesting answer from a very non-religious source:

In this new paper, Moser et al. extends this research by looking at how beliefs about learning shape these mostly involuntary error-related signals in the brain, both of which appear in less than half a second. More specifically, the scientists applied a dichotomy first proposed by Carol Dweck, a psychologist at Stanford. In her influential research, Dweck distinguishes between people with a fixed mindset — they tend to agree with statements such as “You have a certain amount of intelligence and cannot do much to change it” — and those with a growth mindset, who believe that we can get better at almost anything, provided we invest the necessary time and energy. While people with a fixed mindset see mistakes as a dismal failure — a sign that we aren’t talented enough for the task in question — those with a growth mindset see mistakes as an essential precursor of knowledge, the engine of education.

I encourage you to read the entire article but in brief, research seems to support the idea that what you tell yourself about learning affects your ability to learn more and to learn faster. If you believe learning is only an effect of your raw, native intelligence, then you internally set limits that you cannot and will not exceed. If, on the other hand, you believe that time and effort can create change and expand your ability to learn beyond your current thresholds, then you indeed will learn more and exceed your limitations.

Interestingly enough, that’s not much different from the advice Rabbi Weinberg gave to the troubled Talmud student.

“That is the worst solution, you could choose” the rabbi responded. “A person has to understand that the learning of Torah is not something that a human being can do without the help of Hashem. Hashem expects you to put in all the effort you can, and then he will produce the results.”

The young man listened and was encouraged. The respect he had for the sage gave him the strength to continue with his suggestion of try try again. Not long after he made a breakthrough. He reached a level where he was able to prepare a portion of the Talmud on his own. Today that young man is a practicing Rabbi in his community teaching others how to learn and how to be patient, if at first they do not succeed.

I’ve presented a lot of content to express what has already been said in a single sentence attributed to 19th century educator Thomas H. Palmer: If at first you don’t succeed, try, try again. W.C. Fields said something similar, but it’s hardly as useful. Then there’s what the brother of the Master said.

Count it all joy, my brothers, when you meet trials of various kinds, for you know that the testing of your faith produces steadfastness. And let steadfastness have its full effect, that you may be perfect and complete, lacking in nothing. –James 1:2-4 (ESV)

Am I trying to give you some sort of pep talk? Not at all. If anything, I’m trying to encourage myself. Given the sad shape the world is in lately, the spiritual struggles of one human being who otherwise is doing fairly well don’t really stack up all that much. To extend that thought back into the realm of famous Hollywood quotes, here’s what the “great sage” Rick (played by Humphrey Bogart) had to say:

I’m no good at being noble, but it doesn’t take much to see that the problems of three little people don’t amount to a hill of beans in this crazy world. Someday you’ll understand that.

If I (or anyone else) feels alone in the world of faith, it’s not because we are separated from God, it’s because we are separated from each other as human beings and disciples of the Master. That separation is largely by choice. We choose to believe this or that about what the Bible says, which makes it difficult for us to associate with people who interpret the Bible differently. We choose to organize a worship service on a particular day, using specific prayers, and songs, and sermons, and others choose to do it differently on a different day. Then we tell ourselves that one type of service “feels at home” while another type “feels uncomfortable,” but those are choices, too.

We like to think that we make one choice and we never have to revisit it again, but I find that I am looking at the choices I’ve made every day and continually confronting the consequences, adjusting my studies, my searches, my prayers, and my actions all the time as a result. A relationship with God is incredibly dynamic. If I were to dare to become comfortable with my choices, I have no doubt He would challenge me into discomfort, and then I would have to learn something by generating some effort. What we learn isn’t always what we want to learn but it all adds up to something, though I’m not always sure what. In the end, the only thing I know how to do is to move forward, whether I ultimately choose to continue this blog after the next 90 days or not. I can’t see around the next bend on this “trail of faith” which I suppose makes sense. Faith is pursuing the unseen, not the knowable. God is unseen but sometimes, so are people. Even though I know that my goal is holiness and it is God, what the finish line looks like, and whether I’ll accompany anyone else on the journey, is a mystery.

I only know that I can’t give up what I’m doing, whether it is chasing the scorching Sun like Icarus and plummeting to earth in flames, or like the Phoenix, rising painfully from my own burnt and smoldering ashes. I only know that I have to keep trying, regardless of the consequences. Because God will let me do no less.

23 thoughts on “Falling and Rising”