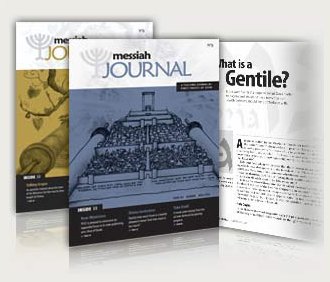 Before I launch into the second part of my series on supersessionism in the church, I want to make a point of saying that I am not hanging the full weight of replacement theology of all Christian churches everywhere. I know, especially from my comments in Part 1, that it appears as if Christianity has much to answer for in its treatment of the Jews across history, but I haven’t forgotten that the church has also done an enormous amount of good in the world as the representatives of the Messiah for nearly 2,000 years. The specific scholars and theologians I’ve selected who represent supersessionism don’t represent all of Christianity. I’m not writing this series to drive a wedge between Christians and Jews (and since I’m a Christian, I have no motivation to do so), but to point out a legacy that we have inherited from our fathers and that we need to search out and continue to correct. To any Christian who feels I have treated them unfairly in my previous article, I apologize. Unfortunately, I have to point out some uncomfortable facts, so that we can recognize them for what they are. Once we’ve done that, we can move forward as disciples of the Master and stand side-by-side with our Jewish brothers in the faith before the throne of God.

-from the introduction to
“Origins of Supersessionism in the Church, Part 2”
by James Pyles
Messiah Journal, issue 110, pg 13

I sometimes “accuse” First Fruits of Zion (FFOZ) of “stealth marketing.” Issue 110 of Messiah Journal (MJ) was on display last week at FFOZ’s product table at the Shavuot conference I attended. Several other attendees told me they had already received the current issue in the mail before the conference. By the time I got home after the conference, my copy had arrived in the mail. But on FFOZ’s most recent issues web page for MJ, Issue 109 is listed as the current issue.

I love the people at FFOZ a lot but…Oy.

I know that there’s a lot more I could have written about, but when I was discussing how best to approach this part of the series with Boaz Michael, he suggested that these three areas were the most important. Also, I have a word count limit to observe, so I have to zero in on the most informative areas of each article’s main topic.

Salvation, relative to supersessionism, addresses the mechanism by which Jews must be saved. Christianity not only requires that a Jew come to faith in the Jewish Messiah, but that he or she completely give up any Jewish lifestyle or religious observance as a condition of that salvation.

Eschatology involves what most people think of as “the end times” (cue scary thunder and lightning noises, please). First of all, will Jews even be there and second of all, what will be their role? Who are the “144,000 sealed from every tribe of the sons of Israel?” (Revelation 7:4 ESV). Many Christians aren’t convinced they are literally members of the twelve tribes but some spiritual representation of Israel held by (Gentile) Christians.

Religious Festivals has to do with what Jews celebrate vs. what the church celebrates. Why was Easter created as a Christian observance and were Christians actually barred from any observance of Passover by the early church? Were all Jewish festivals considered invalid for Christians and how does that affect church celebrations today?

How conscious are these ideas in the church today? Do people actually think about the role (or lack thereof) of Jews in their relationship with God and in terms of these three topic areas, or are these wholly assumed and therefore beneath the lived Christian awareness?

To find out the answers to these questions and more, contact First Fruits of Zion and ask to purchase a copy of issue 110 of Messiah Journal.

Oh, and by the by, I’ll be reviewing other selected articles from this same issue, so you’ll get an inside glimpse of what writers such as Russ Resnik, Aaron Eby, and Toby Janicki have to say about a number of interesting and even critical subjects in the realm of Messianic Judaism.

6 thoughts on “Messiah Journal: Excerpt from “Origins of Supersessionism in the Church, Part 2””