“A river went out from Eden to water the garden.”

There is Eden, and there is the garden.

Eden is a place of delight, far beyond the garden, beyond all created things. Yet its river nurtures all that grows in that garden.

The garden is wisdom, understanding, knowing—where all of creation begins.

Adam is placed in the garden, to work with his mind, and to discover the transcendent Eden flowing within.

The objective of all man’s toil in this world is to work to reach beyond his own mind, higher than mind at all. Not to a place where the mind is ignored, but rather, to its essence, to the inner sense of beauty and wonder that guides it. To Eden.

-Rabbi Tzvi Freeman
“The River from Eden”
Based on letters and talks of the Rebbe
Rabbi M. M. Schneerson
Chabad.org

Yes, I know. We all get tired, but I don’t mean just that. For the past several days, my “meditations” have been anything but peaceful, reflective missives. They’ve been firestorms of controversy which have inspired debates on hotly contested subjects, such as the nature of Christian obligation to Judaism and whether or not the Jews will ever be “saved.”

I’m reminded that at the end of all things, “they shall sit every man under his vine and under his fig tree, and no one shall make them afraid, for the mouth of the Lord of hosts has spoken” (Micah 4:4).

I’m kind of looking forward to that.

I’ve been reading over the latest issue (110) of Messiah Journal (MJ) published by First Fruits of Zion (FFOZ). Normally, I select a few articles from any given issue and review them one at a time. This issue hit me differently.

It’s probably because I was at FFOZ’s recent Shavuot conference which was hosted at Beth Immanuel Sabbath Fellowship in Hudson, Wisconsin. As I was reading a number of the various articles in the magazine, I was reminded of similar content that was presented in different teachings at the conference.

For instance, Aaron Eby’s article “Exile and Redemption in Genesis” seems to be closely related to a number of things I heard Boaz Michael discuss and which I chronicled in Redeeming the Heart of Israel, Part 1 and Part 2. Aaron references the article he wrote for MJ issue 109 called “The Writing on the Wall” in which he discussed the sins that traditional Judaism believes contributed to the destruction of the Second Temple. He alludes to the idea that Christ’s teachings may have specifically been targeting the sins in Israel that resulted in the Temple’s destruction and the exile of the Jewish people, but “Exile and Redemption in Genesis” doesn’t actually go that far. This is obviously a “part 2” of a larger series and I suspect that Aaron will revisit Yeshua’s teachings in the next edition of MJ which will come out in late August or early September. Too bad, because I’d like to see this concept fleshed out a little more right now, particularly with related scriptural verses.

Toby Janicki wrote an article for MJ 110 called Rebbe Nachman on The Suffering Tzaddik.” He tells us that the concept of the death of a tzaddik (righteous one) being able to bring atonement for others, goes back to D. Thomas Lancaster’s article “Suffering Tzaddik” which came out in MJ 107. Toby focuses on the specific experiences and stories related to Rebbe Nachman as they apply to the wider Jewish concept and of course, as they apply to our own great tzaddik, Moshiach Yeshua, and how his death atoned for the sins, not just of his generation, but of all humanity.

(Last September, I wrote my own humble missive on this topic called The Death of the Tzaddik, but my limited research couldn’t possibly be compared to the scholarship of Lancaster or Janicki. Still, you might want to give it a read.)

At the end of reading Toby’s article, I wrote myself a note that said:

Can any of these writings reach Christians who will rely solely on the Bible for evidence?

I was thinking of an email I’d received from a very kind and knowledgable gentleman that morning in response to my “meditation” A Few Thoughts on a General Soul. In part, he wrote:

As you know, the “general soul” business is found in Chassidic thought. It is an extravagant claim and cries out for asmachta (scriptural support). You offer none because, IMHO, there is none to be found.

That certainly strikes home and as fond as I am of the midrashim and Chassidic writings, it is very unlikely that they can be mapped directly back to specific scriptures in the Bible. Near the climax of his article, Toby even says:

So what, if anything, can Rebbe Nachman’s teachings on tikkun and the Master of the Field teach us about the Gospels? It’s important before we answer that question that we realize that the Master and Rebbe Nachman were separated by almost 1,800 years. Much in Judaism changed during those years, and theologies that did not yet exist in the first century had had centuries to develop. Rebbe Nachman based much of his teachings on texts and ideas that were completely foreign to Yeshua.

Don’t get me wrong, I’m completely delighted with this issue of MJ and the scholarly papers presented within, but given recent experiences, I was also reminded of the limitations of said-information, particularly when presented to a crowd of  traditional Christians. It’s like facing an audience of “Joe Fridays” from the old TV show Dragnet (1951-59) with Sgt. Friday interviewing a witness and insisting, “The facts, Ma’am. Just the facts.” In the case of a Christian audience, the phrase might be something like, “The Scriptures, Jim. Just the Scriptures.”

My perspective on my faith allows me to include extra-Biblical sources into my database and I don’t believe you can wholly separate the Judaism of Jesus, Peter, and Paul, from the subsequent Judaisms that have developed across the centuries between the time of Christ and now. That sort of goes along with something else Toby wrote about in his article:

With that said, as my colleague D. Thomas Lancaster likes to point out, “even the work of a Chasidic teacher from a century ago is closer to the world of Yeshua and the disciples than church literature of the second century CE.”

I suppose I’m going to be criticized for including that quote, too.

Note Yeshua’s emphasis again on hearing, which leads to understanding and bearing fruit. To obey the second line of the Shema and love HaShem wholeheartedly, we must obey the first line and truly “hear.”

The response I wrote in a note to myself says:

And yet, despite the fact that we all want to hear and to obey, what many of us hear seems radically different from all of the others in the body of faith in Messiah, as the comments section of my different blog posts can attest.

Conversations can get very passionate and even unfriendly at times, and yet as we push each other around in the virtual world of the religious blogosphere, we are all striving to achieve essentially the same goal: to uphold and honor God. It’s just that our understanding of what that’s supposed to mean differs greatly from one person to the next and one tradition to the next, and we are all convinced that our tradition is the best and must be defended against all others.

At the Shavuot conference, Boaz mentioned to me that groups often define themselves by their opposition to other groups and that can’t be more clearly illustrated than on the Internet. Even as I’m writing this blog post on Tuesday night, the comments in my blog are continuing to accrue and some part of me isn’t looking forward to reading them. It’s one thing to inspire spirited debate and another thing entirely to be nearly branded “public enemy number one” because I make statements that disagree with someone else’s theology and philosophy.

But in all of these arguments on topics which I really love exploring, I must admit that a number of the points I’ve addressed lately need to be researched much more thoroughly and to be examined through the lens of scripture, before we hitch our wagon to them and start driving them down the road.

On the other hand, if reading articles written by Russ Resnik, Aaron Eby, and Toby Janicki can inspire this much of a response in me, imagine what they might inspire in you. Faith isn’t just about having the answers, it’s about knowing how to ask the right questions. Joe Friday wanted answers that were facts. Another fictional police officer was rewarded for how he asked questions.

Dr. Alfred Lanning: “Everything that follows is a result of what you see here.”

Detective Del Spooner: “Is there something you want to tell me?”

Dr. Alfred Lanning: “I’m sorry. My responses are limited. You must ask the right questions.”

Detective Del Spooner: “Why did you call me?”

Dr. Alfred Lanning: “But then our interactions have never been entirely normal. Wouldn’t you agree?”

Detective Del Spooner: “You got that right… Is there something you want to say to me?”

Dr. Alfred Lanning: “I’m sorry. My responses are limited. You must ask the right questions.”

Detective Del Spooner: “Why would you kill yourself?” 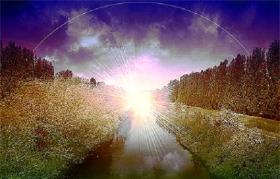 Understanding God and the mystery He’s presented us with in the Bible is not just a matter of having the right answers, but of asking the right questions. These can be questions as startling as, “Why would you kill yourself?” We can’t afraid…I can’t be afraid to raise startling questions or to broach sensitive topics of discussion. As tiring as it can be to continually respond to my critics, I have to keep asking those questions.

The questions are bread crumbs. This is where they’re supposed to lead to someday.

Then the angel showed me the river of the water of life, bright as crystal, flowing from the throne of God and of the Lamb through the middle of the street of the city; also, on either side of the river, the tree of life with its twelve kinds of fruit, yielding its fruit each month. The leaves of the tree were for the healing of the nations. No longer will there be anything accursed, but the throne of God and of the Lamb will be in it, and his servants will worship him. They will see his face, and his name will be on their foreheads. And night will be no more. They will need no light of lamp or sun, for the Lord God will be their light, and they will reign forever and ever. –Revelation 22:1-5 (ESV)

4 thoughts on “Asking the Right Questions: A Brief Review of Messiah Journal 110”