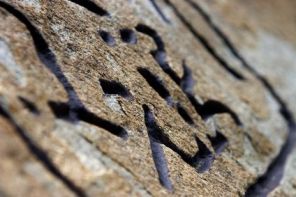 Are we beginning to commend ourselves again? Or do we need, as some do, letters of recommendation to you, or from you? You yourselves are our letter of recommendation, written on our hearts, to be known and read by all. And you show that you are a letter from Christ delivered by us, written not with ink but with the Spirit of the living God, not on tablets of stone but on tablets of human hearts.

Such is the confidence that we have through Christ toward God. Not that we are sufficient in ourselves to claim anything as coming from us, but our sufficiency is from God, who has made us sufficient to be ministers of a new covenant, not of the letter but of the Spirit. For the letter kills, but the Spirit gives life.

Since we have such a hope, we are very bold, not like Moses, who would put a veil over his face so that the Israelites might not gaze at the outcome of what was being brought to an end. But their minds were hardened. For to this day, when they read the old covenant, that same veil remains unlifted, because only through Christ is it taken away. Yes, to this day whenever Moses is read a veil lies over their hearts. But when one turns to the Lord, the veil is removed. Now the Lord is the Spirit, and where the Spirit of the Lord is, there is freedom. And we all, with unveiled face, beholding the glory of the Lord, are being transformed into the same image from one degree of glory to another. For this comes from the Lord who is the Spirit.

After my brief detour into Ephesians 2 back in Part 7 of this series, and a deeper look at the Abrahamic covenant as it applies to the nations we saw in Part 8, I’m ready to continue pursuing my look at the New Testament scriptures that refer to the New Covenant.

But first, a brief review.

We see Jesus referring to “the covenant” (the word “new” is added in some later texts) in the Last Supper narratives:

But there are a number of passages in the New Testament letters that specifically refer to the New Covenant. We’ve already examined the following:

Today, we’ll take a look at the above-quoted 2 Corinthians 3, keeping in mind that we still have to address: 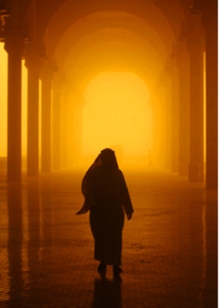 Before continuing, I just want to point something out. Based on the last part of this series, it seems that the primary gateway for the Christian to enter into a covenant relationship with God is through the Abrahamic covenant and specifically, the portion that describes the blessings of the nations through Abraham’s offspring (singular), which we interpret as meaning the Jewish Messiah, Jesus Christ. If the New Covenant (see Jeremiah 31 and Ezekiel 36) is a confirmation, validation, and expansion upon the previous covenants God made with the Children of Israel, then for our purposes, the New Covenant confirms, validates, and expands upon the blessings we receive for the nations that come from God, through Abraham and our faith in Jesus.

On the surface, this chapter in Paul’s letter tends to confirm the traditional interpretation of the church, that the Law or Torah “was being brought to an end,” supposedly to be replaced by the New Covenant of grace through Christ. I found the following commentary at BibleGateway.com:

What to do when old ways die hard? Paul’s overall approach is not to denigrate the Mosaic covenant but rather to demonstrate the superiority of the new covenant over the old. To do this he uses a Jewish form of argumentation called qal wahwmer, or what today we would label an a fortiori argument (from lesser to greater). His line of reasoning is that if the glory of the old covenant was transient yet came with such overpowering splendor that the Israelites could not look steadily at the face of its minister as he descended from Mount Sinai with the tablets of the law, how much greater must the new covenant be, whose splendor is permanent and whose glory does not fade. The implication is that though the Mosaic covenant can impart an initial glory and credibility to its ministers and adherents, because of its transitory character it has no lasting effect. Therefore for these visiting preachers to link themselves with a covenant that is fast becoming obsolete is to suggest that their competency is fading and their credentials are of no lasting importance. It is only the new covenant with its enduring splendor that can impart a permanent and lasting credibility to its ministers.

Paul’s evaluation of the Mosaic ministry is even more to the point. Far from being the key to the victorious Christian life, it is in reality a ministry that brings nothing but death (v. 7) and condemnation (v. 9) to those of God’s people who strive to live by it. To be a minister of the old covenant is therefore to be an instrument of death and destruction. The new covenant ministry, on the other hand, brings the Spirit (v. 8) and righteousness (v. 9). So to be a minister of this covenant is to be an instrument of life and salvation.

I know, the commentary seems pretty hard on the Mosaic covenant and its conditions, the Torah, but then, who is Paul’s audience. Is he addressing a group of Jewish disciples? It seems unlikely. This commentary might make more sense if he’s talking to a group of Gentile disciples of the Jewish Messiah who have been listening to other Jewish teachers emphasize that the Gentile must “obey Torah” and even convert to Judaism.

I have problems with the references to the Mosaic law “going away” but then again, should the Gentile disciples be listening to teachings that say they are to rely only on Torah obedience for the purposes of justification before God? Doesn’t the Abrahamic covenant emphasize faith?

The clue may be in another part of the commentary:

Paul’s emphasis in particular on the greater glory of the new covenant suggests that his opponents associated themselves in some fashion with Moses and the law–but not with its legalistic side, since there is no mention of circumcision or obedience to the law. 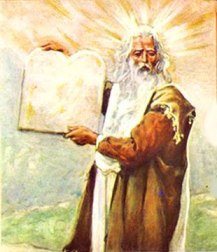 Paul’s Gentile audience may have been tempted to take on board the full yoke of Torah (and perhaps even to convert to Judaism) in order to achieve salvation. Is that why Paul refers to the Torah as “the ministry of death” in verse 7? Paul, in Galatians, was very harsh toward the Gentiles who were considering conversion to Judaism, even going so far as to say that if they did so, the sacrifice of Christ on the cross would become meaningless to them. (see Galatians 5:2)

Still, the content of this letter is puzzling, particularly in light of what we read in the Christian commentary:

To speak of the Mosaic covenant as a ministry that dispenses death would have sounded blasphemous to Jewish ears. It was the uniform opinion of the rabbis that what Moses gave the people of Israel were “words of life,” not words of death (as in Exodus Rabbah 29.9).

The BibleGateway.com commentary is quite correct in asserting this, but then how can they follow-up with this statement?

In verses 10-11 Paul takes his argument one final step and advances the idea that the splendor of the old covenant is not only dwindling but also completely eclipsed by the surpassing glory of the new covenant. This is because the Mosaic ministry is temporary, while the new covenant ministry is permanent.

It doesn’t sound like he’s saying that the Law is for the Jews and faith and grace is for the Gentiles, but that indeed, the Law is fading away and has disappeared altogether and has been replaced by the “new covenant.” But how can this be if the New Covenant merely confirms and expands upon all of the previously established covenants including the Abrahamic and Mosaic?

Seeking an alternate interpretation, I found one at torahtimes.org (Note: I know nothing of this ministry and so cannot vouch for their accuracy or legitimacy. I merely report an alternate way of looking at these verses):

It is the nature of a drash דרש to combine texts that on the literal level have little to do with one another in order to make a point. Paul is not trying to tell us that the ten commandments are the ministry of death. The common element in his quotations is the ministry of death, or the ministry that makes rebels guilty. This is what unites the drash. When the text “engraved … in stones” comes together with the text about the veil on Moses face, we must not assume that Paul is saying the two tablets of the ten commandments that Moses had at the time. That’s not how one interprets a drash. You have to find the homiletical theme of the two quotations and not assume that the use of the two texts mean anything other than what they are used for. The ministry of death in the stones were the curses inscribed upon Mt. Ebal when Israel came into the land. It’s mention next to Moses face is not Paul’s intent to confuse the literal facts but to give a homily on the ministry of death” (torahtimes.org, DLC). 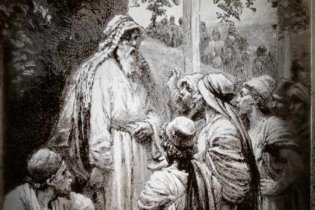 Because I don’t like posting content from a source I am unsure of, I tried to find out something about the commentary’s author Daniel Gregg. I discovered something about him on Derek Leman’s blog. You can read the content there and make whatever evaluation of Mr. Gregg’s legitimacy as a Biblical interpreter you see fit.

That said, Gregg’s interpretation does point out that we may be missing something by trying to understand Paul’s letter in terms of modern Christian thought. Paul’s entire world view was as a Jew and a teacher, and his commentaries on the older scriptures were most likely to be a halalach interpretation that operates outside of traditional Christian thinking. In that sense, we may not easily grasp the meaning behind how Paul (apparently) speaks against the Law or defines it as being ended or fading away, Gentile audience notwithstanding.

My last source, the Rosh Pina Project has a viewpoint that seems to dovetail with Gregg’s (please click the link and read the entire commentary for the full context):

From my own point of view, my reach may have exceeded my grasp. I don’t know what to make out of 2 Corinthians 3. If I maintain my basic assumption that the New Covenant cannot undo or replace the older covenants God made with Israel, then the surface meaning of Paul’s words and the traditional Christian interpretation of this chapter cannot be correct. The closest interpretation that fits my paradigm is the aforementioned Rosh Pina Project, and in this case, they say the Torah is only inadequate because we are inadequate.

Our incapability to serve or honour God through the commands which he decreed should force us to our knees, to cry out for mercy, and to place our trust in the atoning death and triumphant resurrection of Moshiach, without whom all our ‘righteous acts’ are like filthy rags before the Holy One.

I don’t know if I find that a completely satisfying explanation for everything Paul writes in this chapter, but I think it points in the right direction. Your opinions may provide more illumination in uncovering the mystery. Then we’ll proceed to Part 10 and Hebrews.

6 thoughts on “The Jesus Covenant, Part 9: The Mysterious 2 Corinthians 3”