I feel the whole thing depends upon humility, grace, and gratitude.

1. Christians should be humble, gracious and grateful because without Jews we’d have NO knowledge of God, NO bible, and NO HOPE of redemption. They are our spiritual elder brothers, the covenant people of God, and the firstborn son of Adonai.

Does that mean they have it “all” correct, and there is no failings? No.

2. Believing Jews should be humble, gracious and grateful because it’s not their plan, after all, it’s God’s, and He has one for us gentiles too who have kept the Apostolic mission (go tell all nations) knowledge of Messiah alive for these 2k yrs. Additionally, most Jews who have entered into relationship with Messiah did so due to a gentile Christian.

Does that mean they have it “all” correct, and there is no failings? (h, e, double toothpicks, No.)

Therefore, no one is left out of the plan, and there is room for all IF there is first humility. Are there unreasonable Jews who want to act as if they have all truth and there is no room for a gentile?

Just like there are (far more) unreasonable gentile Christians who think all Jews need to become Christians and act like a Gentile to believe in their Messiah.

It’s hard for reasonable God loving people to reject others who come in humility and offer love and grace.

I want to return to a part of the gospels that caused me some embarrassment in my Sunday school class a couple of weeks ago.

It will be that when the son of man comes in his glory, and all the holy angels with him, he will sit on the throne of his glory. All nations will be gathered before him, and he will separate them like a shepherd separates the sheep and the goats. He will stand the sheep to his right and the goats to his left. Then the king will say to those standing on his right, “Come, those who are blessed by my Father, and possess the kingdom prepared for you from the foundation of the world. For I was hungry, and you fed me. I was thirsty, and you gave me a drink. I was traveling, and you took me in; naked, and you covered me; sick, and you visited me. I was in prison, and you came to me.”

These, too, will answer, “Our master, when did we see you hungry or thirsty or traveling or naked or sick or in prison and did not attend to you?” Then he will answer them, saying, “Amen, I say to you, what you did not do for one of these young ones, you also did not do for me.” These will go to an eternal place of torment, but the righteous to eternal life.

I’ve always thought that the sheep were the ones who gave food, gave drink, and visited anyone who was in need but Charlie, the teacher at the Sunday school class I attend, told me that he believes the true meaning has to do with how we Gentile Christians treat the Jewish needy. The sheep specifically are those who provided for the Jews, the “young brothers” of the Jewish Messiah, and the goats were the ones who specifically did not provide for the needy among the Jews.

Frankly, this interpretation reminds me of the following, also taught by the Master:

I will bless those who bless you, and him who curses you I will curse; and all the families of the earth shall bless themselves by you. 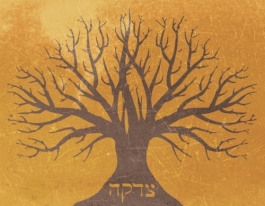 Again, I’m creating associations between different parts of the Bible that may not be connected, but I think I can make a credible argument that how we non-Jewish Christians treat the Jewish people directly reflects not only how we obey (or fail to obey) the words of Jesus Christ, but our eternal destiny in the kingdom of Heaven as well (which probably isn’t the same as saying that we’ll go to heaven or hell, but it just might).

But I’ve never heard of Charlie’s interpretation of Matthew 25:31-46 before, and while it nicely fits into my own budding understanding of the relationship between Christians and Jews, where does this interpretation come from (if anywhere)? The Delitzsch Hebrew Gospels, from which I quoted earlier, didn’t have a commentary for those verses, so I turned to my brand new ESV Study Bible to see if there is a common Christian interpretation that matches this teaching. I came up with this notation for Matthew 25:40:

In the context of the parable the least of these refers to those who are most needy among Jesus’ brothers – a reference most likely to Jesus’ disciples and by extension all believers. The “sheep” are commended for their great compassion for those in need – for the hungry, the thirsty, the stranger; for those who are naked, sick, or in prison. The righteous will inherit the kingdom not because of the compassionate works that they have done but because their righteousness comes from their transformed hearts in response to Jesus’ proclamation of the kingdom, as evidenced by their compassion for the “least of these.” In caring for those in need, the righteous discover that their acts of compassion for the needy are the same as if done for Jesus himself (you did it to me).

Not exactly iron-clad support for Charlie’s interpretation, but it does suggest that Jesus probably meant his Jewish disciples when he referred to his “young brothers.” However, the ESV commentary states that “by extension” offering compassion to “all believers” would be the same thing, so the “sheep” would be any believer who gives kindness to any other needy believer, Jew or Gentile.

I would hesitate to say that any Christians who have only ministered to other non-Jewish Christians or even to other people who are not believers have been wasting their time and been doing nothing but “evil.” Much good has been done by the church over the centuries. Many hospitals have been built for the sick in impoverished areas of the world, a great deal of food, medical supplies, and Bibles have been given freely to the sick, the outcast, the desperate, and the dying. Houses have been built, churches have been repaired, roads have been constructed, and many more acts of compassion and kindness have been performed in the name of Jesus Christ where the Jewish people have not been the direct beneficiaries. Is that a bad thing?

The only way I can see that it would be “bad” is if the Christians performing these acts of charity and kindness gave them away freely to everyone except the Jews or deliberately withheld such compassion from Jews or worse, offered food, drink, and shelter to Jews only upon the condition that they hear the Gospel message or be converted to Christianity. I don’t believe that Jesus intended that the sharing of compassion to the Jews (or anyone else) should be conditional upon compelling those being helped to listening to an evangelical message.

But what if Charlie is right? I know I’m stretching credibility to its limits and perhaps beyond, but what if part of our mission as Christians is to minister to the Jewish brothers of the Master? What if, as firstborn son of Israel, Messiah’s primary concern was for his own people, the Jewish people, and that we from among the nations, because we are blessed through Abraham and is descendants, have an obligation to respond by offering whatever care and compassion is needed by the Jews? Remember, Jesus didn’t just care for his own Jewish disciples, he said, “I was sent only to the lost (or “perishing”) sheep, who are of the house of Yisra’el.” (Matthew 15:24 DHE Gospels) Jesus was sent to all of Israel; all of the Jews.

The Master further said, “…for salvation is from the Yehudim.” (John 4:22 DHE Gospels). Of course, according to D. Thomas Lancaster’s commentary on Acts 9 (from Torah Club, Volume 6: Chronicles of the Apostles):

A great multitude of hopeful Samaritan people assembled at the Samaritan village of Tirathaba and prepared to ascend Mount Gerizim together with the prophet. Some came armed. The Samaritan believers, however, were not deceived. By casting their allegiance with Yeshua of Nazareth and the apostles in Jerusalem, they had forsaken their ties to Mount Gerizim. They knew that “salvation is from the Jews” and that the Samaritans worshipped what they did not know. They knew the hour was coming when true worshippers would be unable to worship either on Mount Gerizim or in Jerusalem.

While the words of the Master from John 4:22 were immediately directed to the Samaritans and not to believers in general, like the interpretation from the ESV Study Bible on Matthew 25:31-46 suggests, we may be able to take a specific teaching or command of the Master that is focused on a limited population and extend it to a wider group of people, in this case, all believers in Christ, Gentile and Jewish. 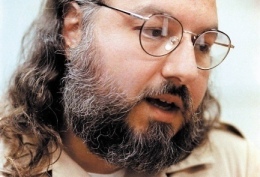 I don’t believe that any of this means we Christians shouldn’t minister to the needy in the church. I also don’t think this means that we Christians shouldn’t minister to the needy of the world, regardless of their religious beliefs or lack thereof. I do believe though, that we should give serious consideration to Charlie’s interpretation of Matthew 25:31-46 and when we consider the Jewish people and the nation of Israel, we should look for those who have needs and, in the name of our Master, we should feed the hungry among them, give drink to their thirsty, offer hospitality to Jews who are traveling and in need of shelter. We should visit the sick among Israel and go to those who are in prison (and the plight of Jonathan Pollard who is imprisoned, ill, and who has been denied justice by the United States does not escape me here).

Just imagine that one day you face judgment from our Master and King. You believe you have served him faithfully and consistently throughout your long life. The time of final reward is at hand. Then suddenly, mysteriously, shockingly, you find that he brusquely casts you aside, as if you were among those who have disdained and ridiculed the name of Jesus Christ for their entire lives. How could such a thing be possible? Then you remember that in your long life as a Christian, you had always set aside the Jewish people as “carnal” and “unsaved” and “Christ killers,” and though you had ample opportunity to render aid to the hungry, the naked, and the sick among Israel, you always turned away from them.

And now the Jewish King turns away from you.

I can’t prove to you that any of this will happen as I’ve described it.

2 thoughts on “Giving Compassion to the King”