For before certain men came from James, he was eating with the Gentiles; but when they came he drew back and separated himself, fearing the circumcision party. And the rest of the Jews acted hypocritically along with him, so that even Barnabas was led astray by their hypocrisy.

Who were these certain men from James? In the Greek of the period, the term “a certain man” usually indicates someone of prestige. By saying that they were certain men from James, Saul (Paul) indicated that they were from the Evyoinim, the Jerusalem community fo believers. The “certain men” from James must have been prestigious members of Jerusalem’s community, perhaps apostles, members of the Twelve, or even members of the Master’s extended family such as sons of Clopas. Whoever they were, their approval or disapproval seems to have carried weight.

Luke does not tell us why they came to Antioch, but when they arrived, they expressed their disapproval about the free intermingling of Jewish and Gentile believers. Saul referred to them as “the circumcision,” a term he uses to indicate Jewish believers.

One of the things I’ve been trying to communicate lately is that no religious or faith community is perfect and free from conflict. As we see above, that includes the early community of “the Way” as Paul was taking the message of the Jewish Messiah to the non-Jews in the diaspora. While Paul obviously felt very strongly about his mission to the goyim, there were apparent difficulties, one being the “free intermingling of Jewish and Gentile believers.” Peter himself was instrumental in bringing the first household of Gentiles into full covenant relationship with Jesus (Acts 10) and yet, when “certain men from James” came to Antioch, Peter, who had previously felt comfortable eating with the Gentile believers, suddenly became intimidated and drew back from them. According to Lancaster’s interpretation, there was a difference of opinion among the “high-ranking” Jews of the Way as to the appropriate level of contact (or lack thereof) between Jews and non-Jews who shared a faith in the Christ; the Moshiach.

One of the things I sometimes hear from folks in the Hebrew Roots movement is that there was originally a sort of “super-unity” between the First Century Jewish and Gentile believers, and that, apart from a string of DNA indicating that one had Hebrew lineage and another did not, they became identical “co-heirs” in the Kingdom, sharing everything, including covenant identity and covenant responsibilities relative to the Torah mitzvot. While I agree that the early Gentile Christians, those who lived in the day of James, Peter, and Paul, most likely did live a worship and daily lifestyle that appeared far more “Jewish” than we Christians do today, it is obvious from this section of Paul’s letter to the Galatians and Lancaster’s commentary on the matter (which he no doubt borrowed from his “must have” book on the topic The Holy Epistle to the Galatians) that there was already “trouble in paradise.”

The Jewish believers from James argued that, if the Gentile believers were fellowshipping and worshipping and eating within Jewish space, they should go the full distance and become Jewish. If they chose not to do so, they should be set outside the Jewish community – quarantined, so to speak – so that the distinction between Jew and Gentile remained perfectly clear. In expressing that opinion, they may or may not have been expressing the opinion of James, the brother of the Master. 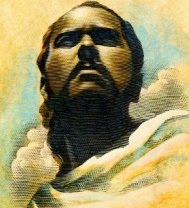 Not only does Lancaster introduce the idea that representatives of James did not approve of a completely free intermingling between Jews and Gentiles in the movement and advocated for a separation between the two groups socially, we see strong signs of disagreement on this very matter between different groups of Jews in the apostolic community.

But what about Paul? According to Lancaster:

Saul saw that the separation could only result, ultimately, in two different faith communities, two different religions, and two different peoples: a Gentile ekklesia and a Jewish ekklesia, and he did not care for that prospect. He took a bold step; he even stepped out of line and rebuked Simon Peter.

But when Cephas came to Antioch, I opposed him to his face, because he stood condemned.

Paul called Peter out on his hypocrisy in having table fellowship with Gentiles when the “big wigs” weren’t around but shying away from his Gentile brothers when they were. Paul doesn’t seem to be a person who really cared about appearances and he had a lot invested in his relationship with the Gentiles he mentored.

James, Peter, Paul, and the rest of the Jewish apostles and believers were Jews who lived a halakhic Jewish lifestyle consistent with that period of time and who maintained that their faith in the God of Israel through the Jewish Messiah was wholly Jewish. Integrating non-Jews without requiring them to convert to Judaism (and Peter knew this since he deliberately did not have Cornelius and his household circumcised after receiving the Holy Spirit and before baptism by water – see Acts 10:44-47) was an amazingly difficult task. How was it to be done?

While the men from James felt that the Gentiles should either be circumcised and convert to Judaism or be completely segregated from the Jewish community, Paul had grave misgivings about the separation of believing Jews and Gentiles, and yet, this is the same Paul who likely foresaw just such an event.

Lest you be wise in your own sight, I do not want you to be unaware of this mystery, brothers: a partial hardening has come upon Israel, until the fullness of the Gentiles has come in. And in this way all Israel will be saved…

As much as he may have resisted it and even dreaded it, Paul could very well have known that the Gentiles and Jews would ultimately travel divergent trajectories across future history and indeed, that is exactly what has happened.

After all, Paul came to forcefully realize the depth of the Jewish struggle in attempting to accept Gentiles within a Jewish religious and identity context:

When the seven days were almost completed, the Jews from Asia, seeing him in the temple, stirred up the whole crowd and laid hands on him, crying out, “Men of Israel, help! This is the man who is teaching everyone everywhere against the people and the law and this place. Moreover, he even brought Greeks into the temple and has defiled this holy place.” For they had previously seen Trophimus the Ephesian with him in the city, and they supposed that Paul had brought him into the temple.

When I was reading this part of Lancaster’s commentary on Galatians 2, I couldn’t help but think of the struggles in the modern Messianic Jewish and Hebrew Roots communities over the very same matters. How are Jews and Gentiles supposed to interact with each other within a Hebraic worship context? What role should a Gentile Christian take in a Messianic Jewish fellowship? Should Jews and Gentiles all say the same prayers? Should we all wear tzitzit? Will a Jewish Cantor or Rabbi call a Gentile worshiper up to an aliyah to read a Torah Portion during Shabbat services?

I know I mine this particular nugget of information often, but Rabbi Dr. Michael Schiffman’s article Messianic Judaism and Christianity: Two Religions With The Same Messiah speaks volumes about the current struggle that we also find in Paul’s letter to the ancient Galatians.

I’m not sure what to do about it but then again, I’m in no position to do anything about it. I’m not in charge of any aspect of any movement that would allow me to take a definitive action impacting Jewish and Gentile relationships within the Hebrew/Jewish Roots or Messianic Jewish communities (or the larger traditional Christian communities for that matter). According to Lancaster, Paul desired a unity that extended up to the level of table-fellowship, but it seems unlikely that he would have advocated for a complete fusing of Jewish/Gentile identities. He never advocated for Gentiles becoming fully Jewish:

Look: I, Paul, say to you that if you accept circumcision, Christ will be of no advantage to you. I testify again to every man who accepts circumcision that he is obligated to keep the whole law.

On the other hand, Lancaster said this of Paul:

Saul pointed out that, if Simon Peter, of all people, built a sharp division between Jew and Gentile by removing himself from table-fellowship with Gentiles, he was rebuilding the barrier that he had originally torn down (see Galatians 2:18)…If he agreed that Jews and Gentile believers should limit their social and table interaction, then he had erred by tearing down that wall of division in the first place and proved himself to have been living in sin and transgression.

Let me tell you a story.

I heard this story very recently and I was impressed.

A certain Christian was traveling with a tour group in Israel led by a number of Jews. Each morning, the Jews would rise early and form a minyan to pray shacharit. The Christian would also rise early to pray, but never approached the Jewish minyan. He sat in the back of the room where the minyan had gathered, reading his Bible and praying. When the minyan was finished with prayers, the Christian was finished with prayers and they joined each other for breakfast. In a way you might not expect, this formed a bond between the Jewish men and the Christian, one of mutual respect and perhaps even a realization that Jew and Christian mutually shared a devotion to God. 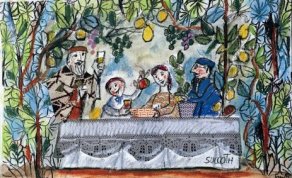 The Christian now lives in America and still keeps in touch with some of the Jewish men he traveled with in Israel based, in part, on what they “shared” in morning prayers.

I’m not necessarily suggesting that a complete division between believing Jews and Gentiles is the way to go. Paul seemed to believe there should be some sort of interaction between the two groups, though how far he would have taken it is questionable. Jewish believers such as Rabbi Dr Schiffman recognize that Jews and Christians must maintain separate religions, as the emissaries from James supported, to preserve Jewish covenant identity. Yet like Paul (and Lancaster), there are other groups within Messianic Judaism where Jews and Gentiles do worship together and share table-fellowship in peace.

Halalaic Jews in the movement of Messianic Judaism are still a minority population, with the majority of worshipers and leaders being non-Jews. But there are enough Jews present to beg the questions we see expressed in Galatians 2. We debate back and forth and occasionally, arguments become heated, but the struggle in which we’re engaged is very old. I don’t know if Paul ever solved his dilemma or if he and James (or the men he sent to Antioch) ever came to an agreement on the matter. I only know what Peter finally concluded as he addressed James and the Council.

And God, who knows the heart, bore witness to them, by giving them the Holy Spirit just as he did to us, and he made no distinction between us and them, having cleansed their hearts by faith.

May we who possess the Spirit of God within us and who humbly attempt to walk in the dust of the footsteps of our Master be granted wisdom and fellowship in the presence of Christ, the Messiah.