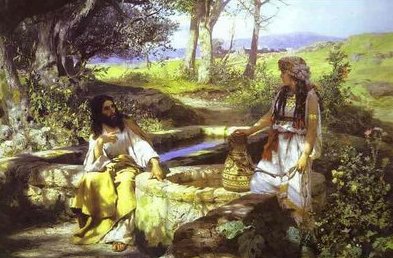 Do not throw a stone into the well from which you drank.

The Talmud states that this folk saying is related to the Torah commandment, “Do not reject an Egyptian, because you were a dweller in his land” (Deuteronomy 23:8). Since Egypt hosted the Israelites, we, their descendants, must acknowledge our gratitude.

The brief period of tranquility that our ancestors enjoyed in Egypt was followed by decades of ruthless enslavement and brutal oppression. Thousands of newborn Israelite children were murdered. This unspeakable horror more than obscured any favorable treatment they had received earlier, and our natural inclination is to despise the Egyptians with a passion.

The Torah tells us to take a different path. Although we celebrate, every Passover, our liberation from this tyrannical enslavement and commemorate the triumph over our oppressors, we have no right to deny that we did receive some benefit from them. Even though a denial of gratitude might appear well justified in this particular case, it might impact upon us in such a manner that we might also deny gratitude when it is fully deserved.

If people cast stones into the well from which they drank, the well will not be hurt in the least, because it is an inanimate and insensitive object. The act, however, might impact negatively upon those who do it: they might subsequently behave with a lack of gratitude to people as well.

…try to remember to be considerate of anyone who has any time been of help to me, even though his later actions might have been hostile.

Over the past week or two in my blogs, I’ve had encounters with a few people who you could consider hostile or at least ill-mannered. This, in spite of what I’ve been trying to accomplish by refraining from participating in so many other online encounters. As Rabbi Zelig Pliskin says, “Why don’t people like to remain silent when others insult them? Because they’re afraid that others might think they’re weak and unable to answer back.” But as he also says, “The truth is, it takes much greater strength to remain silent when someone insults you. Revenge, on the other hand, is a sign of weakness. A revenger lacks the necessary strength of character to forgive.”

I strive to learn how to be better at forgiving, even when others may not realize they have caused harm or offense (and it’s not like I’m blameless, either).

Then I encountered Rabbi Twerski’s commentary for yesterday and it occurred to me that many of us have been “throwing stones in the well from which we drank.”

Yesterday, both Derek Leman and I wrote about the vital importance of Jewish Torah observance, particularly for those Jews who have become followers and disciples of Jesus as the Jewish Messiah. In some manner or fashion across the long centuries after the destruction of Herod’s Temple, we in the church have been throwing pebbles, and rocks, and boulders, and monolithic asteroid-sized chunks of granite into “the well from which we have all drank.”

We’ve been making a mockery of what Paul was trying to tell us.

Therefore remember that at one time you Gentiles in the flesh, called “the uncircumcision” by what is called the circumcision, which is made in the flesh by hands—remember that you were at that time separated from Christ, alienated from the commonwealth of Israel and strangers to the covenants of promise, having no hope and without God in the world. But now in Christ Jesus you who once were far off have been brought near by the blood of Christ. For he himself is our peace, who has made us both one and has broken down in his flesh the dividing wall of hostility by abolishing the law of commandments expressed in ordinances, that he might create in himself one new man in place of the two, so making peace, and might reconcile us both to God in one body through the cross, thereby killing the hostility. And he came and preached peace to you who were far off and peace to those who were near. For through him we both have access in one Spirit to the Father. So then you are no longer strangers and aliens, but you are fellow citizens with the saints and members of the household of God, built on the foundation of the apostles and prophets, Christ Jesus himself being the cornerstone, in whom the whole structure, being joined together, grows into a holy temple in the Lord. In him you also are being built together into a dwelling place for God by the Spirit.

I know I’m going to be accused of misusing this part of scripture, which is often used to confirm the destruction of the Law and the elimination of any unique Jewish identity in the body of the Messiah, but it all hinges on what sort of “dividing wall of hostility” was brought down and what exactly was the “law of commandments expressed in ordinances” that was abolished. It makes a lot of Christians (including those in the usual variants of the Hebrew Roots movement) feel “hunky dory” to believe that it was the uniqueness of Judaism that Jesus “nailed to the cross” along with his battered, bloody body. Even those Christians who agree that the Law is intact and it was only Judaism that died, agree to the elimination of what it is to be Jewish by redefining the sign commandments of the Torah as not Jewish any longer but belonging to anyone and everyone who claims them.

(And I must say at this point that a great deal of what we also call “Torah” is perfectly accessible to Jews and Christians alike).

I’m sure that when non-Jews claim Jewish sign commandments as their very own, it must feel “hostile” to the Jewish people who would prefer to keep their identities intact.

Back in Acts 15 the problem faced by the Council of Apostles was how to establish and implement “Gentile inclusion” into the body of the Jewish Messiah. For most of the history of the church, the problem reversed itself and was considered how do we establish and implement “Jewish inclusion” into the Christian church? In the latter case, it was by requiring the Jews surrender every last vestige of what it is to be a Jew. However James and the Council made no such requirement of the Gentiles in the former situation, though to be sure, the Gentile disciples had to give something up. But it wasn’t their identity as such, otherwise there would be no “Gentiles called by the Messiah’s name,” only Jews. The Gentiles were included, and ancient “Christianity” became one of the most inclusive religious movements on the planet, because one did not have to covert to Judaism and accept the obligation of the total yoke of Torah in order to join.

But as I’ve said in many conversations recently, I don’t think the relationship between the Jewish and Gentile disciples in those early days ever reached any sort of stability. There wasn’t time. Events such as the Jewish exile from Israel and the Bar Koshba revolt came and went too quickly on the stage of time, and once played out, the result was a separation between the Jews, and the Gentiles who wrested observance and worship of the Moshiach from the Jewish people for nearly twenty centuries.

Rabbi Twerski is determined to “remember to be considerate of anyone who has any time been of help to me, even though his later actions might have been hostile.” That certainly describes what we Christians should say of Israel who gave us the Messiah but later was hostile to us because we tried to sell them a “Goyishe King.”

But I’d like to reverse that saying for us. The Master said “salvation comes from the Jews,” (John 4:22) and that statement is the crystallization of Israel’s mission to be a light to the world (Isaiah 49:6). Without Israel and without Israel’s first-born son, Yeshua HaMoshiach, Jesus the Christ, none of us could be saved. But since the time when salvation entered into the world in the body of a man and as the flesh and blood expression of the Divine, much enmity has built up between Israel and the Christianity that resulted from her light. A few Christians and a few believing Jews are finally beginning to breach the wall of hostility and extend friendship and brotherhood to one another, as it was in days of old. I can’t speak for the Jews in Messiah, but as a Christian… 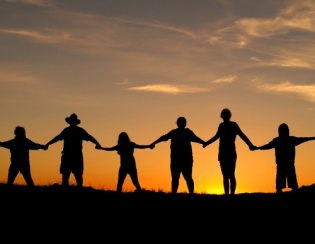 …try to remember to set aside any hostility I may have expressed to either a Jewish person or a Christian because of the struggle in which we are engaged in removing the barriers between us, and realize that though we may not always see things in the same way, we are striving toward the same goal, achieving unity in the body of Messiah so that God may once again dwell among the peoples called by His Name.

Before embarking on a journey from your place of residence, arrange a Chassidic farbrengen and receive a parting blessing from your good friends, and as the familiar expression goes: Chassidim never say farewell, for they never depart from each other. Wherever they are, they are one family.

Where your thoughts are, there you are, all of you.

-Rabbi Tzvi Freeman
“All of You”
Based on letters and talks of the Rebbe
Rabbi M. M. Schneerson
Chabad.org

May we all work to bring unity and peace among ourselves as believers, and with all humanity, through the Master and Savior of the world, Christ Jesus our Lord.