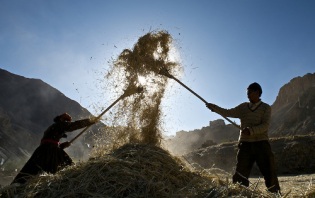 Last week a friend pointed me to a web site where a guy, claiming expertise in something else (cryptography, I think, but it doesn’t matter) also claimed to have established beyond dispute and for the first time in modern scholarly studies the “true” meaning of a particular Greek word used by Paul. Moreover, on this basis the guy claims a radically different understanding of what Paul had to say on the topic with which this Greek word is associated. So, what did I think?

Well, I have to say that it’s curious that someone with no training in a given field, lacking in at least some of the linguistic competence required (both relevant classical language and key modern scholarly languages), thinks himself able to find something that has eluded the entire body of scholars in that field who labor year-upon-year to try to discover anything new and interesting. It’s also curious that, as is typical, the guy doesn’t submit his findings to scholarly review for publication in peer-reviewed journals or with a peer-reviewed publisher, but flogs his thinking straight out on his web site, complete with bold claims about its unique validity. We mere scholars in the field, by contrast, do submit our work for critique by others competent in the subject. We present at symposia and conferences where other scholars can engage our views. We strive to get published in peer-reviewed journals and with respected publishers. Even after publication, we hope for critical engagement by other scholars.

I was reading the various articles and blogs I use for morning studies and came across this piece by Hurtado. It brought to the forefront something that Messianic Judaism and particularly the large number of Hebrew Roots bloggers seem to struggle with. There are a great many pundits in the religious blogosphere and, as Dr. Hurtado points out, not all of them are scholars in a strictly defined sense. And yet, like the individual Hurtado describes, that doesn’t stop most people from presenting an opinion as fact without any significant scholarly or educational basis.

Before continuing, I want to say that I don’t describe myself as an expert or scholar in religious studies. The purpose of my blog is not to lay down doctrine and theology as if I’m a teacher or instructor of any kind. My blog is simply an expression of my thoughts and feelings on any given morning. I ask more questions than I provide answers and even when I seem to present conclusions, they are my opinions and often, I publish them on the web to inspire conversation so that I can learn more from my readers. I do not fit Dr. Hurtado’s definition of a scholar nor would I ever claim to.

But what about scholarship in the Messianic Jewish and Hebrew Roots spaces (I separate the two movements because to me, they don’t represent the same emphasis, at least in terms of population)?

I believe there is a growing scholarly expression existing within Messianic Judaism. Educational organizations such as The New School for Jewish Studies and The Messianic Jewish Theological Institute

offer the promise of an organized educational basis for producing scholars in this specific area of religious studies. I’ve not taken any courses from either school so I can’t personally attest to their quality, but there is at least an effort being made to build a valid, intelligent, and organized teaching framework from which to produce teachers and researchers within the Messianic Jewish space.

I’m less familiar with any organized group of teaching institutes within the wider collection of Hebrew Roots groups. The only two that immediately come to mind are TorahResource.com, which was founded by Tim Hegg and TNNOnline.net which seems to be edited by someone named J.K. McKee (I should say that I’ve met Hegg on several occasions and, while he and I may not always agree, I more than acknowledge his educational and scholarly background, however I’ve never met McKee and don’t know what he brings to the table, so to speak).

Now, of course, I believe in freedom of speech and thought, and I wouldn’t press for a gag on the sort of dubious stuff that I criticize here. But in scholarly life the peer-testing of claims/results is absolutely crucial, and it’s really considered rather unscholarly (and so of little credibility) to present as valid/established claims that haven’t gone through such testing. People (specifically those not clearly qualified in a field) have always been able to make bold claims about a subject of course, asserting their idiosyncratic “take” over against whatever view(s) is/are dominant in the subject. But before the World Wide Web I guess it was much more difficult to get such unqualified opinion circulated. Now, however, ”the Web” and the “Blogosphere” make it so easy.

But, frankly, when I’m shown something that hasn’t been through the rigorous scholarly review process (often, it appears, peer-review deliberately avoided), and comes from someone with no prior reputation for valid contributions in the subject, I’m more than a bit skeptical. If the work is really soundly based, then why not present it for competent critique before making such claims?

Obviously, Hurtado sets some very specific standards for information he’s willing to take seriously, which makes about 99% of the blogosphere unacceptable as sources of theological scholarship. But the question we must ask ourselves is whether or not either the Messianic Jewish or Hebrew Roots movements have any process in place for a “rigorous scholarly review process” and have access to writers with “prior reputation for valid contributions in the subject(s)” being addressed in their respective areas (I’m not being snarky here, I’m asking a serious question).

I do know based on my ten plus years of history within Hebrew Roots that it tends to be a magnet for just about anyone with an opinion. Some of the individuals presenting information are well-meaning and are trying to work through both intellectual and personal issues in regard to how they see Christianity and Judaism. Others, unfortunately, have theological axes to grind and produce vast amounts of dreck designed to provide religious “thrills and chills” but which have absolutely no basis in fact or scholarly research.

For example, I’ve heard people claim that the lost ark of the covenant was hidden underneath the crucifixion site of Jesus and that his blood “anointed” it. I’ve heard people say that the “lost years of Jesus” were spent with the young Yeshua traveling through India at the side of his “uncle” Nicodemus. I’ve heard some folks claim to have possession of the lost original Hebrew manuscript of the Gospel of Matthew. I even read one individual say on a blog that the reason the Temple in Jerusalem was destroyed was that the Jewish priests failed to share the pronunciation of the Tetragrammaton with the nations of the world, thus preventing the Torah from going forth from Zion (see Isaiah 2:3 and Micah 4:2).

All of that stuff is baloney, but it’s important to remember that Hebrew Roots is an extremely wide container and its contents are enormously varied. 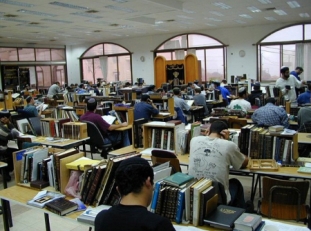 I more or less regularly read a few blogs in the Hebrew Roots space, not because I agree with their opinions but so I can be aware of them. I absolutely avoid the kind of “crazy” material posted on the web that makes claim to the sort of “hidden truths” I listed above.

Mainstream Christian and Jewish educational and research foundations have a long, world-wide history and are well established, but the Messianic Jewish and Hebrew Roots movements are in their infancy. I place Messianic Judaism as an entity in a rather narrow field in order to exclude the more “loosely defined” collections of non-Jewish folks out there who have shall we say, rather unusual and unsubstantiated statements to make. Unfortunately, that puts them in the same container as others in Hebrew Roots who are sincerely attempting to study and research the Bible in a manner that will provide illumination within their own context.

But at this point, I’m asking a question because I don’t know. Given the brief set of statements made by Dr. Hurtado (I provided a link to his blog post above), do either Messianic Judaism or Hebrew Roots in its various forms, have or are they building an educational and scholarly system that would provide the same level of peer review and well researched papers as Hurtado describes from his own experiences as an educator and researcher?

The Internet is a wild west show with no oversight and anyone can create a blog and start publishing anything they want within minutes. It’s important to be able to separate the wheat from the chaff. In order to do so, where do we begin?

11 thoughts on “Separating the Wheat from the Chaff: Where are the Scholars?”