Korach apparently desired to bring “peace” by homogenizing all of the Levites with the Kohenim (Priests). However there were two things wrong with that plan. The first is that God did not desire to remove the distinctions between the Kohenim and the Levites. The second was the Korach’s motives were less than pure, both according to Midrash and by how God “reacted” to Korach and the other rebels.

This is the second part of this two-part series. If you haven’t done so already, please read Part 1 and then continue here.

Rabbi Yanki Tauber and Rabbinic commentary states that Korach and his co-conspirators objected to mattanot kehunah, or the “gifts to the Kohanim,” the giving to the Priests of a portion of each Israelite’s crop or the “first shearings” of his flock, as well as the other gifts. Korach felt that all the Levites should be included, and attempted to elevate himself and the rest of the Levites to a level that was never intended for them. While it is noble for anyone to desire to be elevated spiritually, we must do so within the plan of God for our lives. God determined that certain of the mitzvot, the wearing of tzitzit and tefillin, were signs for the Jewish people, so my performing those mitzvot as a non-Jewish Christian, even out of the desire to draw closer to God, won’t do me any good. In fact, if I do so out of ego and the desire to exalt myself before others, I am opposing the plan of God.

Korach was right: our involvement with the material can be no less G-dly an endeavor than the most transcendent flights of spirit. Indeed, our sages consider man’s sanctification of material life the ultimate objective of creation. “G-d desired a dwelling in the lowly realms,” states the Midrash; “This,” writes Rabbi Schneur Zalman of Liadi in his Tanya, “is what man is all about; [this is] the purpose of his creation, and the creation of all worlds, supernal and terrestrial.” But Korach erred in his understanding of the nature of this “dwelling in the lowly realms” that G-d desires, and the manner in which man can indeed fashion a divine home out of his material self and world.

Korach’s underlying motivation was a feeling of inferiority and his response to that experience was to lead a “bloodless coup” (though eventually his own blood would be shed) against the Kohenim and against Moses (and against God) by artificially raising himself and the two-hundred and fifty rebels to a level they did not merit. But is it a bad thing to be “lowly?” In Jewish mystic thought, God actually desires to dwell among the lowly. There is no one so insignificant and so humble that God does not desire to dwell with them.

And the Master also taught humility:

“When you are invited by someone to a wedding feast, do not take the place of honor, for someone more distinguished than you may have been invited by him, and he who invited you both will come and say to you, ‘Give your place to this man,’ and then in disgrace you proceed to occupy the last place. But when you are invited, go and recline at the last place, so that when the one who has invited you comes, he may say to you, ‘Friend, move up higher’; then you will have honor in the sight of all who are at the table with you. For everyone who exalts himself will be humbled, and he who humbles himself will be exalted.”

Imagine if I, as a Christian, attempted to adopt a role that God had never designed for me. How humiliating it would be for me to be chastised by the Master of the banquet, Messiah himself, and be told to take a lesser seat. Better that I should seek the most humble and unassuming place at the table and if he so desires, the King can invite me to a better place.

And it’s not like the King was not willing to humble himself. Messiah humbled himself in becoming an ordinary human being.

Do nothing from selfishness or empty conceit, but with humility of mind regard one another as more important than yourselves; do not merely look out for your own personal interests, but also for the interests of others. Have this attitude in yourselves which was also in Christ Jesus, who, although He existed in the form of God, did not regard equality with God a thing to be grasped, but emptied Himself, taking the form of a bond-servant, and being made in the likeness of men.

For even the Son of Man did not come to be served, but to serve, and to give His life a ransom for many.” 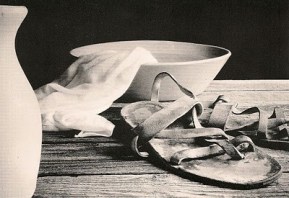 The King came to serve his subjects, even to the point of death. He left Heaven and became a poor human being, wearing flesh and blood rather than his rightful Divinity, even as the Divine Presence descended from Heaven to occupy an “ordinary” tent of earthly materials. It is said that even the Torah is Divine and must wear “garments” in order to become accessible to human beings.

Rabbi Tauber’s commentary says that, unlike modern progressive and inclusionist thought, spirituality within the human population and within the individual human being does take the form of a hierarchy of sorts. The Kohen Gadol (High Priest) does have duties that place him in closer proximity with the Holy, closer than the other members of the tribe of Levi or the rest of the Jewish people. So it is between the Jewish disciples of Messiah and the Gentile followers. No, it doesn’t mean that Jewish people are “better” or “more loved” by God than Gentile Christians, just that their “duties” are such that they have unique opportunities to perform Holiness by certain of the mitzvot that are not offered to the people of the nations who are called by Messiah’s name.

Conversely, as commentary has previously stated, God desires to dwell in the “lowly realm” and thus among the lowest levels of Creation. In that act, God descends to us, and in that very act, God allows us to ascend toward Him, particularly without requiring that we usurp mitzvot that are not our own.

Korach attempted to reverse the order by elevating himself first, imagining that such an act would “force” the Almighty to descend to him. The opposite happened and God “lowered” Korach quite literally into the earth, burying him alive. Whatever peace Korach had hoped to achieve by his defiance was a pipe dream, and whatever peace he had already been granted by God was buried with him.

Ironically, Korach, as a Levite, already possessed a special and “vertical” role as ordained by God, but that wasn’t good enough for him. Christians too have a special and ordained role but we must be diligent to fulfill that role, lest we also lose everything God has given us. If we can’t take care of even a little, how will we be granted greater blessings. Indeed, we’ll lose even what we’ve got.

“And the one also who had received the one talent came up and said, ‘Master, I knew you to be a hard man, reaping where you did not sow and gathering where you scattered no seed. And I was afraid, and went away and hid your talent in the ground. See, you have what is yours.’

“But his master answered and said to him, ‘You wicked, lazy slave, you knew that I reap where I did not sow and gather where I scattered no seed. Then you ought to have put my money in the bank, and on my arrival I would have received my money back with interest. Therefore take away the talent from him, and give it to the one who has the ten talents.’

“For to everyone who has, more shall be given, and he will have an abundance; but from the one who does not have, even what he does have shall be taken away. Throw out the worthless slave into the outer darkness; in that place there will be weeping and gnashing of teeth.

I’ve written on numerous occasions, including in Provoking Zealousness, about the special role we Christians have in relation to the Jewish people, to Israel, and to God. A role that no one else can fulfill. A role that is different from the Jewish believers, but one vital to them and to us. Rather than, like Korach, demanding a role that is not ours, we must give it back, take up our own “cross,” and follow the Master of our lives.

When a Christian demands that a believing Jew give up a Jewish lifestyle, give up the Torah of Moses, and give up the mitzvot, it is as if Korach demanded that Moses and Aaron surrender their roles as Prophet and High Priest and join the other Levites or the other Jewish people in the “mundane”. When a Hebrew Roots person demands that they take possession of the specific “sign” mitzvot that uniquely identify the Jewish people as distinct from the rest of the nations, it is as if Korach demanded to become Prophet and High Priest, elevating himself to a level not given to him by God.

In either case, they are violating the purpose of Torah that provides for harmony between different and distinct groups of people while maintaining distinctions.

I know that the Pirkei Avot, the body of Midrash, and the Tayna are not likely to be viewed as having any authority in relation to the lives of Christians and Christian Hebrew Roots followers, but these sources illustrate important principles. We all travel on trails of spiritual enlightenment, following a path carved out for us by God, striving to become better today than we were the day before. This is praiseworthy and desirable, but we must remember that it is God who creates and defines the universe and everything in it, not us. We work in partnership with God but we are definitely junior partners. When we decide to elevate ourselves outside the plan of the Almighty, not only are we trying to become more important than other human beings, but to take the role of God as well.

Nor does Torah endeavor to create a uniform world society: its detailed laws delineate the many different roles (man and woman, Jew and non-Jew, Israelite, Levite and Kohen, full-time Torah scholar and layman, etc.) to comprise the overall mission of humanity.

We are commanded to love the Lord our God with everything we’ve got and to love our neighbor as ourselves. To obey that Torah, we must be humble and servile to our fellows and particularly to our Creator. Everyone who seeks to exalt himself will be lowered, like Korach, and the most humble, like Moses, will be elevated.