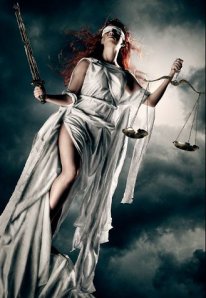 There is a basic principle found in the writings of the Rambam (Hilchos Daos) and other classic Torah sources: “Act the way you wish to be and you will become that way.”

We are influenced by our actions. Take, for example, someone who wants to become a kinder person. By doing many acts of kindness over time, the person actually becomes an authentically kinder person.

What will happen when you are resolved to write down ten positive actions each day? You will go out of your way to do them. This will have a cumulative effect on your self-image.

This “daily lift,” is a quote from Rabbi Zelig Pliskin’s book Build Your Self-Image and the Self-Image of Others (Artscroll, Chapter 11)  and says that in order to become the person we want to be, we should start behaving like that person.

We often wait to change our behavior until something internal changes, but the exact opposite is being suggested here. I’ve heard it said that we are what we think, but Rabbi Pliskin is saying that we are what we do, even if it isn’t necessarily what we also think (or feel).

What is unsaid but should be obvious, is that we already are what we do. If we act with kindness, then we are a kind person. If we treat others poorly and with disdain, then we are a disdaining person. Look at anyone around you. Watch what they do particularly when they don’t think anyone is looking (everyone can “fake it” for an audience, at least for a while).

That is who you are.

Not a perfect person, certainly. I have faults. I see them in my mirror. I strive to be more. I want to be the person God sees in me, the person He created me to be. I wonder if I’ll ever get there? 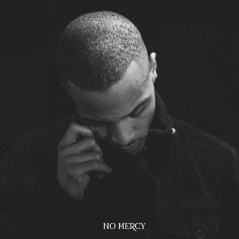 I desire mercy because I really need it. I desire justice in our world, but I want God to temper justice with mercy. That’s because justice without mercy is merciless. Justice without mercy may still be just, but it is also cruel and as we’ve seen in a million images, it is also blind. People who are overly zealous for justice at the cost of mercy believe the ends justify the means, no matter what those means may be.

I solemnly charge you in the presence of God and of Christ Jesus, who is to judge the living and the dead, and by His appearing and His kingdom: preach the word; be ready in season and out of season; reprove, rebuke, exhort, with great patience and instruction. For the time will come when they will not endure sound doctrine; but wanting to have their ears tickled, they will accumulate for themselves teachers in accordance to their own desires, and will turn away their ears from the truth and will turn aside to myths.

You cannot follow God unless you pursue mercy and justice together.

If there was more justice and little mercy, the world would not survive. If there was more mercy and little justice, the world would be lawless and chaotic. If justice and mercy were equal, we would have no model to teach us how to make room in our own hearts so that even in being just, we could still show mercy to others, just as our just God shows us mercy that we don’t deserve.

But just the smallest amount of mercy must outweigh God’s vast justice for people to have law and an order of things, but to still be allowed to make mistakes and yet survive.

Justice is required to confront evil when it is popular among men to call evil things “good.” Mercy is required to allow people to make mistakes and yet to recover from God’s judgment as well as from human judgment (which is often less merciful than God’s).

We all make mistakes. 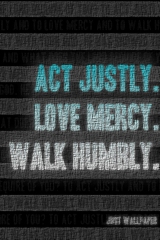 Look at yourself in the mirror. Who are you? Are you more just than merciful? Are you more merciful than just? How are these two qualities balanced within you? Heaven help you if you are just one or the other. I’ve met both sorts of people. They can be very self-righteous and very scary.

If it is true about how God created the world, with generally a balance between justice and mercy, but with mercy edging out justice by just a tiny bit, then how should these qualities be distributed in us?

Do not take revenge nor bear grudge among your people, and you should love your neighbor as yourself, I am God.

This verse may well be the Torah’s most difficult demand. The Talmud gives an example of revenge: someone refuses to give you a loan; then, when he or she asks you for one, you say, “I will not lend you money because you turned me down when I was in need.” Bearing a grudge comes when you do give the person the loan, but say, “I want you to see that I am more decent than you. I am willing to lend you the money, even though you did not give me that consideration.” The Torah forbids both reactions; we must loan in silence.

R’ Moshe Chaim Luzzato says that revenge is one of the sweetest sensations a person can have, and that the Torah’s demand that we suppress this impulse is asking us to virtually be akin to angels (Path of the Just, Chap. 11). Still, the fact that we are required to do so tells us that this level of control is within our grasp. The key to this is contained in the end of the verse cited above.

The Torah wishes us to consider the other person as we would ourselves. For example, if a person stubbed his toe and felt a sharp pain, he would hardly hit his foot as punishment for having hurt him. Just as we would neither take revenge nor bear a grudge on a part of our own body, we should not do so toward another person.

…try to think of other people as extensions of myself, and avoid responding with hostility when I am offended.

Rabbi Pliskin says that we should behave as we want to be. Rabbi Twerski says we should treat others as an extension of ourselves. Even the Master quoted Leviticus 19:18 as did Rabbi Twerski, when rendering the two greatest mitzvot (Matthew 22:37-40).

We hang in the balance between justice and mercy, between loving God and loving our neighbor. If we swing too far over to either side, we are no longer balanced. We just fall.

For more on balance including the terrible consequences of a life out of balance, please read Rabbi Yanki Tauber’s short article The Jealous Neighbor.

2 thoughts on “A Sense of Balance Between Justice and Mercy”