The Bible is not a book but a library. It abounds with a spectrum of complementary, contrasting, and conflicting views, preserved by different sources and traditions. Diversity is not anathema. The Talmud records that books like Ezekiel, Proverbs, Song of Songs, Ecclesiastes, and Esther made it into the canon of Hebrew Scripture after much dispute, because they often contain often large chunks of theologically objectionable material. The editors did not put a premium on consistency and uniformity, but rather on assembling clashing voices driven by a hunger for the holy. A tolerance for diverse opinion and practice is imbedded in the foundation text of Judaism and in the vast exegetical literature that it inspired.

Sounds kind of like how I relate to the Book of Hebrews and why I feel is it so problematic, but Schorsch’s commentary on the “theologically objectionable material” and its “clashing voices” in the “foundation text of Judaism” speaks to me of the whole Bible and especially those portions, like Hebrews, that “clash” with other portions. Perhaps that “clash” is deliberate (at least on God’s part) and exists not just to inform us, but to challenge us.

I must admit to being bothered by John MacArthur (yes, him again) and the Sufficiency of Scripture crew, because for them (as least as I read them), the Bible is to Christians what an auto repair manual is to a car mechanic.

You’ve probably heard of the “Bible” described by the acronym Basic Instructions Before Leaving Earth. Cute. There’s even a song with that title.

But it’s incredibly reductionistic and highly limiting of the power and the depth of the Word of God, as if the record of God’s interaction with man is just a history book, as if God were describing the workings of an internal combustion engine, which a sufficiently skilled human being can completely disassemble, describe the role and function of each and every part, and then reassemble and start-up with relatively no creative effort at all.

God is just a machine and the Bible is the instruction manual.

OK, it’s probably kind of unfair of me to say that, but there seems to be so much more “encoded” in the Bible, not necessarily though some arcane mystic means by which we must enter into an extraordinary metaphysical process to pry loose, but that requires we look at the scriptures as more than a book and even more than a library. If we believe that “all scripture is God-breathed,” (2 Timothy 3:16) then we must allow for the “breath of God” to be experienced as we open its pages and immerse in its waters. In other words, there’s a lot more to the Bible than meets the eye.

Even MacArthur’s commentary on scriptural sufficiency heavily, actually almost exclusively, references Psalm 19 and Psalm 119, both lyrical monuments to the glory, wisdom, and righteousness of the Torah of Moses. MacArthur just removes these passages from their original context and reforms them to suit his purposes.

This is probably why I have problems sometimes in Sunday school class. I expect to dive into a bottomless ocean of Biblical mystery and find myself wading in the shallow end of a swimming pool.

I’m being unfair again, but frankly, the Bible can take us just as far as we want to go and then, even farther. But just how far is that?

You’ll get a good idea of what I’m talking about if you’ll read Part 1 and Part 2 of my review on Boaz Michael’s lecture Moses in Matthew:

The two-hour seminar introduced many of the typologies throughout Matthew to Yeshua’s “Moses-like” fulfillment. The Gospels are composed in a thoroughly Jewish manner and need to be understood within that context to fully see what and why things take place and are said. The Moses in Matthew seminars are currently being offered at various locations and if you have the opportunity to attend one of these seminars, definitely do it! I found myself not only intellectually engaged and enlightened, but spiritually encouraged by this discussion. 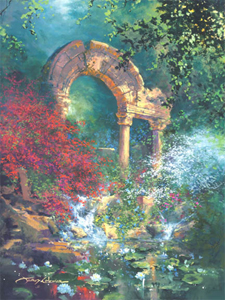 I’ve written before about the implications of treating Matthew and the other gospels as Jewish literature rather than Christian documents about Jesus and admittedly, the former is where my heart lies. It’s also where my head goes when I want to know more, learn more, see more clearly the path of God as He walks (metaphorically speaking) from Gan Eden (Garden of Eden) across early creation, on the road down to Egypt with Jacob, on the road up to Sinai with Moses, across the path of the Judges and the Prophets, and into the time of the apostles and beyond.

Why should God be so “Jewish” up until the end of the “Old Testament” (Tanakh, Jewish Scriptures) and then abruptly exchange His tefillin (and in Jewish legend even Hashem lays tefillin) for a cross around His neck (again speaking metaphorically)? Why would God set fire to the Torah scroll and when the flames have died out and the embers have cooled, sweep away the ashes and set a good ol’ King James Bible on the bema…uh, pulpit in front of Him to read to the Christian faithful as He evicts the Jews not only out of paradise but out of significance, love, hope, mercy, and completely off of the path of eschatology?

-John MacArthur
“Understanding the Sabbath”
Grace to You

My Pastor encouraged me to listen to some Christian sermons, probably since so much of my information comes from Jewish sources. I’m not sure that was such a good idea and the experience doesn’t seem to be producing the result I think he hoped for.

Why am I rehashing stuff I’ve rehashed and reheated many times before? What new information can I hope to produce? What new insights do I think will appear?

I suppose it’s one way to continue on the journey I declared couple of months ago. Challenged to stop sitting on the fence, I decided to hop off but not on the side I think my Pastor and the Church desired of me.

I’ve also been meaning to write some sort of commentary on Tzvi Freeman’s and Yehuda Shurpin’s series Is Midrash for Real?.

Now I’ve done it. I bet I’ve crossed somebody’s line in the sand. On the other hand, how do you get further into understanding the meaning of creation unless you break a few barriers and blow past a few “Do Not Enter” signs?

In a comment on one of my blog posts, I quoted from an article written by Adrian Kent called Our quantum reality problem or When the deepest theory we have seems to undermine science itself, some kind of collapse looks inevitable. I did this to illustrate how difficult it is for us to quantify and operationalize our observations of the universe. Shouldn’t our exploration into the deepest parts of a Spiritually inspired Bible, a Bible that was just as much authored by the finger of God as the pen of man contain just as much, if not more, difficulty and even “bizarreness?”

If God is truly infinite and unknowable in an absolute sense and even a created universe is only explained (and still imperfectly explained) by the shifting colors and currents described by quantum mechanics, how can we expect to experience the Bible as merely equivalent to the owner’s manual of a 1964 Volkswagen Beetle?

I’m not necessarily advocating for treating midrash as in any way the same as the Bible, but I am saying that we need to stop limiting ourselves by limiting the Word of God and thus limiting God. We must be willing to admit that God is God and He is not quantifiable. Even referring to God as “He” is a convention, just as the Bible describes God as having arms, or as walking. These are just literary devices to allow us to conceptualize the unimaginable.

“To claim absolute knowledge is to become monstrous. Knowledge is an unending adventure at the edge of uncertainty.”

The Bible, among its other functions, sets up a basic framework for our faith. The framework exists as an environment in which to explore what that faith means, to discover our identity as God has given it to us, and what that identity means in relation to other people and in a relationship between the created and the Creator.

The danger in this exploration is to read into the Bible what God did not put there, but there’s an equal danger in believing we have already discovered everything God breathed into the scriptures. Oversimplifying the matter, Christianity seems to be in danger of doing the latter and Judaism risks the former, at least in their most extreme expressions.

Somewhere there is a middle ground, a straddling path, a place where we can tether one foot in the pages of paper and ink and let the other one begin to stride among clouds. Even commentaries such as D. Thomas Lancaster’s Holy Epistle to the Hebrews sermon series (now, as I write this, at thirty-nine recordings and still counting) is just slightly slipping away from the Bible as a repair manual and entering the Bible as the barest beginning of an exploration into the hem of the garments of God.

For though by this time you ought to be teachers, you have need again for someone to teach you the elementary principles of the oracles of God, and you have come to need milk and not solid food.

If you think you have attained absolute knowledge of God and His Word, interestingly enough, you may still be dining on Gerber’s and have missed a few other culinary opportunities. The Bible contains an unending adventure of epicurean delights at the edge of uncertainty and I intend on tasting some delicacies.

“There is always an easy solution to every human problem — neat, plausible, and wrong.” -H.L. Mencken

7 thoughts on “How Far Can We Explore the Bible?”