The Torah teaches us that it is never too late to change.

Changing for the better is called doing teshuva. The Hebrew word teshuva, which is often translated as repentance, actually means to “return.” Return to God. Return to our pure self.

People have faults. The faults they have cause them to suffer in some way or another. This suffering limits an individual’s freedom and is often painful. Hence, people want to change… to improve. To be free once again.

There are four steps of teshuva.

I know an exploration of teshuva, which is commonly translated as “repentance,” seems more appropriate to Yom Kippur than Passover, but part of the inspiration to invest more in myself along this path and at this time comes from here:

The Midrash tells us that the Jewish people had the same problem in Egypt. Only 1/5 of the Jewish people were on a high enough spiritual level to leave Egypt — and they were on the 49th level of Tuma, spiritual degradation — and were within a hair’s breadth of being destroyed.

Yet, what is amazing is that in the next 49 days they raised themselves to the spiritual level to receive the Torah at Mt. Sinai! Each day we climbed one step higher in spirituality and holiness. Many people study one of the “48 Ways to Wisdom” (Ethics of the Fathers, 6:6 — found in the back of most siddurim, Jewish prayer books) each day in the Sephirat HaOmer period between Pesach and Shavuot — which will be explained below — as a means to personal and spiritual growth. This is a propitious time for perfecting one’s character!

I know this is midrash and for most people, especially Christians, the above statement cannot be reasonably derived from scripture. Roll with it, OK? The midrash teaches an important spiritual lesson.

Rabbi Packouz suggests Rabbi Noah Weinberg’s 48 Ways to Wisdom (there are actually 50 of them) series as the perfect companion to accompany the days between Pesach and Shavuot for those seeking to elevate themselves spiritually.

But the first step, at least in my way of thinking, is teshuva, turning away from sin, especially habitual sin, and turning back toward God. 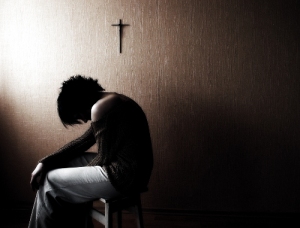 That might seem like only a little bit more effort than what we’ve come to expect in the Church, but that short list can be unpackaged to represent a lot of depth. I plan to take each step and explore it as fully as I can, both for my edification and yours.

What is regret and how is it different from guilt?

Well , we all know what guilt is. That uneasy queasy feeling that we have done something terribly wrong that can never be fixed…

But how is regret different?

Here is an example of regret:

An eccentric but wealthy, elderly acquaintance tells you to meet him at 2:30 pm on Sunday afternoon at Starbucks for coffee.

That evening you find out that this elderly gentleman made the 2:30 appointment with 10 people, you being one of the 10.

Only five out of 10 arrived at the meeting. To each of the five who showed up, your eccentric acquaintance gave a bank check for $50,000 dollars.

Now you know what regret is. The feeling of missed opportunity.

When you find out that you missed out on 50 grand for a stupid movie, you feel regret, not guilt.

When we go against the will of God, the feeling we are supposed to have is regret. What a lost opportunity! We lost a piece of eternity!

When we have done wrong, whether an impulsive and momentary act of unintentional sin or repeated acts of intentional sin, it is normal and expected to feel guilty. Some people only feel guilty when they are caught or confronted about their sin, while others wear guilt around their shoulders like a bitter shroud, clinging to its fabric day and night. Rabbi Rottman describes guilt as that ”uneasy queasy feeling that we have done something terribly wrong that can never be fixed,” but the first step in repentance isn’t guilt, it’s regret.

In the example above, we see the difference between the two, but of these two experiences, guilt is much easier because, unless our soul is completely unfeeling, experiencing guilt is almost automatic. 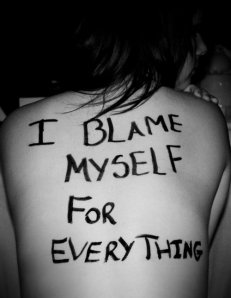 Guilt is a response to doing wrong and to thinking thoughts like, “I’m a no good filthy scumbag. I can’t do anything right. God must hate me because I keep sinning. What’s the use of trying to be better when it always boomerangs on me?”

As you can see, feeling guilty doesn’t lead one to initiate change, it does just the opposite. Feeling profound guilt can be paralyzing and actually perpetuate the cycle of sin rather than change it.

We regret, as in the example above, a golden opportunity to reap great rewards. Making teshuva yields great rewards. It’s an opportunity to reconcile with the Creator of the Universe. He holds wonderful gifts for us but we have to show up at the appointment He makes with Him. Guilt keeps us hiding inside our houses, under our beds, quivering in the shadows. Regret is the feeling we have when we’ve stupidly thrown away the chance to receive free money (citing the above example) and to otherwise enrich our lives. God is a wealthy benefactor who only wants to do good for us, not to punish us for every sin we commit.

God knows we’re imperfect. God is waiting to help us. But we have to regret our sins as events that have prevented us from receiving His kindness and generosity and see that if we continue to commit those sins, we continue throwing away all of those gifts.

God is a personal God. He is aware of us. We are in His presence. He is paying attention. God is communicating to us through His world of beauty and design. He is here and available. The Almighty Creator of this whole universe is saying: My child, I love you. I created you to give you pleasure. Come, let’s explore the world together.

The Creator of the universe loves you? Wake up! That’s exciting news!

Look at your life as you’ve lead it up to this point. There are such a variety of people who may read this blog that I’m sure you represent all kinds of different experiences. Some of you may be very spiritually elevated, very close to the Creator through faith in the Master. Others may be barely hanging on to faith at all because of the seeming hopelessness of your lives, because of your apparent inability to shake off sin and guilt.

Feeling guilty is the lazy way of reacting. A guilty person resigns himself to keeping his faults and does not try to take actions to improve.

Don’t use guilt feelings to justify laziness and procrastination. If a person tends to think in terms of guilt, when he hears an idea he will say to himself, “How awful it is that I’m not following that idea.”

It is more productive to keep focus on what you can do to implement the principle or concept. 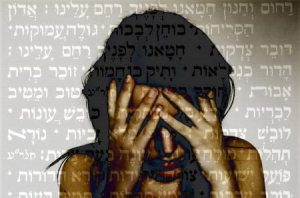 We have free will to choose obedience or disobedience to God. Even when we disobey, we have free will to allow our sin to inspire guilt or regret. We have free will to select inaction or action that will lead to change. You may have sinned for years in secret or in public and feel incapable of managing giving up that sin. You may have advanced in many other areas but still fail in one or two that hold you back from a closer relationship with God. You may say to yourself that if you’ve failed in the same way for so very long, that breaking the sin habit is impossible and you are a slave to it forever.

But guilt over missing previous opportunities, if turned to regret, doesn’t have to stop you from keeping future appointments and grasping the next opportunity offered to you by God:

In each one of us there is an Egypt and a Pharaoh and a Moses and Freedom in a Promised Land. And every point in time is an opportunity for another Exodus.

Egypt is a place that chains you to who you are, constraining you from growth and change. And Pharaoh is that voice inside that mocks your gambit to escape, saying, “How could you attempt being today something you were not yesterday? Aren’t you good enough just as you are? Don’t you know who you are?”

Moses is the liberator, the infinite force deep within, an impetuous and all-powerful drive to break out from any bondage, to always transcend, to connect with that which has no bounds.

But Freedom and the Promised Land are not static elements that lie in wait. They are your own achievements which you may create at any moment, in any thing that you do, simply by breaking free from whoever you were the day before.

Last Passover you may not have yet begun to light a candle. Or some other mitzvah still waits for you to fulfill its full potential. This year, defy Pharaoh and light up your world. With unbounded light.

-Rabbi Tzvi Freeman
“The Inside Story on Passover”
Chabad.org

Are you beginning to see why this is a good season to begin to make positive spiritual changes in your life?

You aren’t an innocent bystander in your own life, waiting on a street corner for God to drive up in a bus and offer you a ride. You don’t have to wait for God, God is waiting for you. Every time you are tempted to sin is an opportunity to keep an appointment with Him. Who knows what He has in store for you? You’ll never find out if you keep missing appointments, if you keep hiding from opportunities.

If you think I find all this easy, you’re wrong. I’m writing this in part to process my own experience and grasp the meaning of regret as a motivating force. This is only the first of four steps in the process of repenting to God. A single “I’m sorry for my sins” prayer just isn’t going to do it. Cheap grace is not sold in God’s storehouse. Salvation may be a free gift of God through grace, but you still have to show up to accept it and you need to be in a state of purity to get in the door.

That state of purity, the mikvah process if you will, begins with teshuva and teshuva begins with experiencing authentic regret at having missed out on God’s blessings up until now. Seeing sin as a missed opportunity to draw nearer to God takes a lot of effort. Setting mind numbing guilt aside and allowing regret to enter your life is no easy task. If you stumble, that’s not really unexpected. But regret stumbling rather than letting it tell you some sad and sorry story about how lousy you are. Regret helps you get back up again. Guilt keeps you on the ground eating dust and ashes.

I hope to write about the second step in making teshuva soon.

The next step is Leaving Negativity Behind.

15 thoughts on “Repentance and Regret”