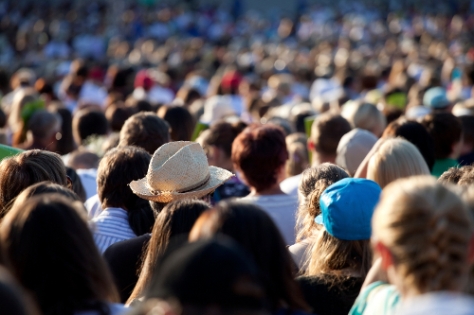 My stats say this blog has a little over 900 followers and while that doesn’t put me anywhere in the same neighborhood as TechCrunch, it does mean that at least potentially, a few people out there are visiting and reading my content (and thank you for doing so, especially since I don’t post here nearly as frequently as I have in the past).

In answering a comment on my previous missive, I found myself wondering about the current state of Messianic Judaism (or whatever you want to call it) and whether or not it is growing, shrinking, or just holding steady. That is, how is MJ “trending” in terms of population?

It’s the sort of question I’d love to dig into but I haven’t the faintest idea where to go to find valid numbers. I know there are probably individual Messianic organizations that likely keep track of their numbers, but I can’t think of any one central repository that could tell me if MJ is gaining or losing ground.

Why should I care?

Because I wonder how many people there are out in the world like me.

I once belonged to a private Facebook group made up of Christians who are “unchurched.” The term “unchurched” usually means people who don’t go to church, but in this context it describes Christians who remain in the faith but who no longer attend a formal congregation. Usually they meet in small, home groups because “church” in one way or another, no longer suits their needs.

I left that Facebook group when I saw them using the Bible to somehow justify that large, organized bodies of believers isn’t supported by scripture. Of course, I had to bring in Temple worship, plus the system of synagogues that existed during Yeshua’s (Jesus’s) “earthly ministry” which even Rav Yeshua attended.

I got a lot of blowback and I know how much fun that is from maintaining a presence in the religious blogosphere for so many years, so I dropped that association like an angry rattlesnake.

I have lots and lots of reasons for not being involved in any sort of faith community anymore, some are relative to theology and doctrine and some are personal. One has to do with being intermarried to a Jewish spouse and how my affiliation with organized Christianity (including the Messianic movement) impacts her. No, she’d never say I couldn’t worship as I see fit, but we’ve been married nearly thirty-five years and I can tell how my “praying with the enemy” (metaphorically speaking) affects her.

Every once in a blue moon I catch myself missing such congregational meetings, but in the end, the liabilities involved still outweigh the benefits.

How many others who have previously been regularly involved and integrated into some sort of formal Messianic Jewish/Hebrew Roots group have since dropped away to march to the beat of their own drummer? Believe me, I can see why folks would fall away, either to go back to the normative Church or to attend no congregation at all, but how can we find out about them?

Of course this begs the larger question of the state of Christianity. Is the normative Church shrinking? If so, then maybe a shrinking Messianic movement (though I have no idea if it is shrinking) is understandable in that context.

The Washington Post published a January 2017 article called Liberal churches are dying. But conservative churches are thriving but Thom S. Rainer’s blog (President and CEO of LifeWay Christian Resources) posted a September 2016 blog post titled Five Reasons Churches are Dying and Declining Faster Today. ChurchLeaders.com produced a December 2017 article that was way too long but reported mixed trends depending on location and church size, and The Gospel Coalition created a March 2015 “fact checker” that seemed to say conservative churches weren’t growing as fast as they once were but were still growing, while “mainline” churches which had strayed away from “Biblical Christianity” were on the decline.

So does anyone really know how MJ is doing and if so, what’s your source of information?

86 thoughts on “How is Messianic Judaism “Trending?””