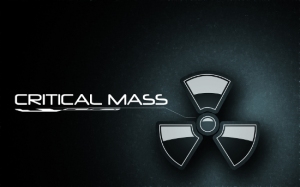 How much better than fine gold is the acquisition of wisdom, and the acquisition of understanding is choicer than silver! The paved road of the upright is turning from evil; one who keeps his way guards his soul. Pride precedes destruction and arrogance comes before failure. Better [to be] lowly of spirit with the humble than [to be] sharing the spoils with the proud. One who undertakes a matter intelligently will find good [success]; and praiseworthy is he who trusts in Hashem. The wise of heart will be called an understanding person, and one whose speech is sweet will gain learning.

Anyone who does not love does not know God, because God is love.

James/haSatan: First of all I made sure to use the words of Messiah particularly because you don’t know them or understand them. The teaching I put in the comments here were all backed up by scripture and were HIS WORDS and there is NO GREATER LOVE THAN TO LAY DOWN ONES LIFE FOR HIS FRIENDS. What are you accusing Yeshua of…..hatred?

IF I don’t sit in a pity party with you guys reviewing all the past evils done to the Jewish people while at the same time “Bashing Christians” and attempting to lay all the responsibility at THEIR feet……you call my words hateful?

I know. Taking verses out of context can sometimes create a false impression of what is really being said, but in my current reading from Proverbs, there seems to be an emphasis on controlling your speech, humility, understanding, and wisdom. No, I’m not trying to blow my own horn, but I am trying to understand why someone who feels they have a valid theological point to make must do so while spewing vitriol and hate. Certainly comparing me to the adversary is a little over the top, no matter how angry my fellow Christian brother may be with me.

But what started this mess, anyway?

What follows is a confession of faith for Jewish converts to Christianity, from the Church of Constantinople. While it seems extreme to us today and many Christians have regained their appreciation for Israel and Jewishness of Jesus, how many Christians truly disagree with a basic premise expressed in this swearing of allegiance to faith in Christ when it comes to their own attitudes toward Jews and especially their view of Judaism?

My friend Gene Shlomovich wrote a blog post called Confession of faith for Jewish converts to Christianity, from the Church of Constantinople. He wanted to draw attention to how Jews, during the early Christian period, were put in the position of having to renounce their entire Jewish identity, the Torah of Moses, all of the mitzvot, in order to be allowed to enter the community of faith in the Jewish Messiah…uh, that is Jesus Christ, our Lord. Here is the “confession of faith” a Jew was expected to make as quoted from Gene’s blog.

As a preliminary to his acceptance as a catechumen, a Jew ‘ must confess and denounce verbally the whole Hebrew people, and forthwith declare that with a whole heart and sincere faith he desires to be received among the Christians. Then he must renounce openly in the church all Jewish superstition, the priest saying, and he, or his sponsor if he is a child, replying in these words:

‘I renounce all customs, rites, legalisms, unleavened breads and sacrifices of lambs of the Hebrews, and all the other feasts of the Hebrews, sacrifices, prayers, aspersions, purifications, sanctifications and propitiations and fasts, and new moons, and Sabbaths, and superstitions, and hymns and chants and observances and synagogues, and the food and drink of the Hebrews; in one word, I renounce absolutely everything Jewish, every law, rite and custom, and above all I renounce Antichrist, whom all the Jews await in the figure and form of Christ; and I join myself to the true Christ and God. And I believe in the Father, the Son and the Holy Spirit, the Holy, Consubstantial and Indivisible Trinity, and the dispensation in the flesh and the descent to men of the Word of God, of the one person of the Holy Trinity, and I confess that he was truly made man, and I believe and proclaim that after the flesh in very truth the Blessed Virgin Mary bore him the son of God. and I believe in, receive, venerate and embrace the adorable Cross of Grist, and the holy images; and thus, with my whole heart, and soul, and with a true faith I come to the Christian Faith. But if it be with deceit and with hypocrisy, and not with a sincere and perfect faith and a genuine love of Christ, but with a pretence to a be Christian that I come, and if afterwards I shall wish to deny and return to Jewish superstition, or shall be found eating with Jews, or feasting with them, or secretly conversing and condemning the Christian religion instead of openly confuting them and condemning their vain faith, then let the trembling of Cain and the leprosy of Gehazi cleave to me, as well as the legal punishments to which I acknowledge myself liable. And may I be anathema in the world to come, and may my soul be set down with Satan and the devils.’ (From Assemani, Cod. Lit., 1, p. 105.)

That sounds very hateful and even kind of crazy, but it did reflect the reality of how Christians were thinking of Jews at that point in time. Unfortunately, something of an “echo” can still be heard among at least a few Christians these days.

No mercy. No mercy from God?

Doesn’t God have mercy upon us even before we repent? If He didn’t, He would never allow us the opportunity to do so…no matter how long it may take some of us.

Or how about this?

This post is not about anti-semitism. It is Christian bashing by way of blaming men who were never really followers of Yeshua for Israel’s lack of belief, faith, and transgressing the law and departing through disobedience. Israel needs to take some responsibility and stop blaming others. If you have unforgiveness in your heart and need to go through history to find someone to blame other than yourselves you missed the entire point of the Torah. Repentance begins by taking responsibility.

But how could the Jews historically accept a Messiah who was re-cast as the “Goyishe King” and was unrecognizable to his Jewish brothers?

Unfortunately, that point isn’t always understood in the church or at least by some of those in the church. But what really bothers me isn’t that some Christians have an idea that the Jews are to blame for their own hardships because “they rejected Jesus.” What really bothers me is the level of rage and hate that such individuals express in trying to “explain” their point of view. Even if they believe they can back up their position with scripture, doesn’t scripture also encourage us to love, to use measured and wise words, to feel compassion?

The really sad part of the conversation I’m referencing is just that day, I had written a memorial to the victims of the Sandy Hook school shootings. Among the victims was a 6 year old Jewish boy named Noah Pozner. It’s one thing to take “pot shots” at Jewish people in general as a Christian if you believe Judaism is thumbing its nose at Jesus Christ, so to speak. It’s another thing entirely to completely forget a national tragedy that occurred hardly a week ago and to disdain (though indirectly) a specific Jewish victim. No, my adversary never mentioned his name or referenced Noah in any way, but when you condemn all Jews who don’t renounce being Jewish for the cause of the Gentile Christ, you condemn each individual Jew, including a young Jewish boy who did no harm to anyone at all.

You can go to Gene’s blog and read everything there including all of the comments and judge for yourself whether or not I’m being unfair. I typically don’t like calling people out personally on their behavior, but it really bothers me that a Christian can not only condemn all Jewish people everywhere unless they renounce being Jewish, but I find it offensive that it is done in so callous and harsh a manner. Does God hate the Jewish people He calls His own? Did the Messiah hate us before we came to him?

Are we supposed to hate those who disagree with us, who don’t accept our faith, who believe bad things about us? This goes way beyond what one “loose cannon” Christian thinks about the Jewish people and considers how the church views the “unsaved,” i.e. the rest of the world. Are we only supposed to love people once they’re “saved?” Until then, is everyone who isn’t a Christian just “secular scum?”

I hope I’m only referencing a few random, infrequently occurring believers among a more compassionate and caring church, but it’s hard for me to tell. I guess the only way to find out is to keep going to church and to see how people treat not only me, but those who aren’t like “us.”

I wonder what I’ll discover?