This is more a blog post about memes than any extended narrative or profound commentary. A message to the easily offended in the secular and religious blogosphere…chill out.

I’ve been monitoring a couple of conversations on various blogs, basically debates between Jewish and non-Jewish disciples of Yeshua and a Jewish anti-missionary who is on a mission, so to speak.

Then there’s what the Vatican had to say about the Jews and Jesus and how that’s stirred up a virtual firestorm in the digital realm. Dr. Michael Brown finally composed his formal response, which of course is critical of the Pope. Numerous Orthodox Rabbi’s signed what amounts to a response statement issued by the Center for Jewish-Christian Understanding and Cooperation, and others have commented as well.

In the midst of all this, I’m pondering the recent death of six U.S. troops in Afghanistan, killed by a suicide bomber. I’m pleasantly surprised that a McDonald’s restaurant in Nashville has received such a positive response to painting a nativity scene on its windows. No, I don’t eat fast food nor do I celebrate Christmas, but I believe others have the right to do so. 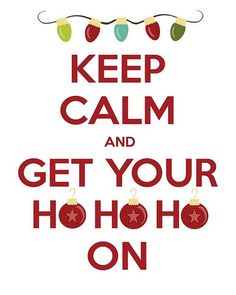 I also believe those six soldiers had the right to live, but that was taken from them because they are at war. If any of their families celebrate Christmas, then this year, there will be grief and mourning adorning their trees instead of lights and ornaments. Christmas dinner will be ashes rather than turkey or goose.

I hadn’t actually realized this, especially after Hamas took control, but there’s been a Christian community in Gaza for nearly 2,000 years which only now is disappearing, being driven extinct by relentless terrorism.

You may think your faith traditions are threatened by other religious holidays, by secularism, by the government, or whoever you want to blame. Try being a Christian in Gaza. I can only imagine it’s a bit more of a struggle than the “problems” we face as people of faith in the U.S.

Christmas, whatever you think of it, arrives on Friday this year. A little over a week later, most folks will start taking their festive lights down and they’ll deposit their evergreen trees by the curb for orderly disposal.

Christmas, along with every other December holiday, will fade along with 2015 and the buzz about the latest Star Wars movie, and we’ll move on to other topics that offend us. 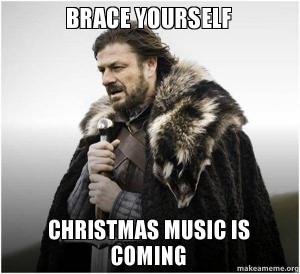 Every year at about this time, the Aish website runs a story called The Christmas Tree. It’s relatively short and a wonderful illustration of how best to react when we confront a religious holiday that isn’t compatible with us for whatever reason. I’d like to think we are mature enough to respond to each other’s differences and distinctiveness the way the Rabbi in the story reacted to the loving but mistaken act of kindness bestowed upon the Rav’s family by their Irish maid.

When we can not only understand but practice sympathy instead of anger and offense, then we will truly have learned what it is to be a Kiddush Hashem, to sanctify the Name of the Almighty.

Yesterday when I was making a small purchase at a local store, the cashier wished me “Merry Christmas.” I returned the sentiment. How could I be offended at her sincere well wishes toward me? If “Merry Christmas” offends you, then I graciously invite you to deal with it.