And these are the days of the years of the life of Avraham which he lived; a hundred years and seventy years and five years. And Avraham expired and he died in a good age, mature and satiated and was gathered to his people.

Reb Avraham, the son of the Vilna Gaon, testifies about his father:

“For over fifty years he never slept more than half an hour at a time…Even when his health began to fail, he did not set aside his holy learning. Immediately, he would rise like a lion, in fear and dread of his Creator, wash his hands, and recite his morning blessings with a joy and awe which is beyond description. Afterwards, he would stand on his feet from before midnight until the first light of dawn learning Gemora and Poskim in a beautiful and awesome voice…Whoever heard it was moved with deep feelings of holiness.”

Arriving in Jerusalem, one summer, I immediately made contact with my good friend and study partner, Reb Reuven, and we agreed to get busy the next morning studying an hour or more before Davening. The next morning I made it on time but I was suffering from jet lag, sleeplessness, and exhaustion. I commented to my friend that I don’t know how the Vilna Gaon did it. I can’t imagine what it means to only sleep at half hour intervals four times per day for the course of a lifetime. He told me, “It’s not true!”

I periodically suffer from insomnia. Some nights are better than others. In extreme cases, I walk around like a zombie the next day, barely able to think. All the coffee in the world doesn’t turn me back into a human being. Yesterday (as I write this) was such a day. I finally collapsed into bed at 7:30 p.m. and fitfully drifted off. Only to wake up on several occasions during the night. Fortunately, on each occasion, I was able to go back to sleep. I chose not to go to the gym this morning in order to spend an extra hour in bed, finally getting up at a few minutes after five.

I feel much better today. I have my brain back.

Rabbi Lam’s commentary helps me realize though that it’s not just the number of hours you are awake or asleep, but how you use them. I was disappointed that, even in my dreams last night, I was focused on the mundane and ordinary rather than anything more lofty. The previous day, I could hardly concentrate on anything except what I absolutely had to get done, which tends to be mundane and ordinary.

Which was too bad, because I received some rather inspiring reading material that I wanted to dig into, but fatigue argued with my desire and fatigue won. 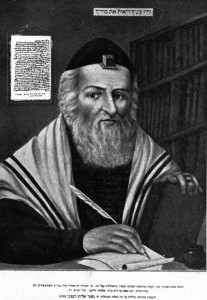 I don’t know how the Vilna Gaon did it either. It seems like a physical impossibility. I’ve learned to take such tales of the great sages with a grain of salt, so to speak, which probably wouldn’t endear me to many in Orthodox Judaism. On the other hand, these tales often act as an inspiration for a more important principle that is to be grasped and applied to our day-to-day experiences.

How are living “the days of years of the life” different than living just the “years of the life”? What is the great advantage of living in units of days? It’s a nice aphorism, “One day a time!” but how does that translate into daily life? What does it mean to live each day as if it was the only day?

Which reminds me of this.

And He went a little beyond them, and fell on His face and prayed, saying, “My Father, if it is possible, let this cup pass from Me; yet not as I will, but as You will.” And He came to the disciples and found them sleeping, and said to Peter, “So, you men could not keep watch with Me for one hour? Keep watching and praying that you may not enter into temptation; the spirit is willing, but the flesh is weak.”

This was perhaps the most important night in the Master’s short, human life, and his closest disciples and companions couldn’t keep their eyes open for even one small hour.

I know the feeling, although last night was hardly the most important night for anything in particular.

He told me, “It’s not true!” I insisted I had read an authenticated biography of the Gaon and that it was certainly true that he only slept two hours in total each day. He told me again that it was not true and so I argued my case again only to be countered with the “not true” claim. Eventually Reuven explained and I realized how right he was. He told me, “It’s not true that the Vilna Gaon only slept two hours each day! He learned Torah twenty-two hours each day!” I understood that he was not into sleep deprivation as we imagine but rather the sublime joy of learning Torah.

It’s not true that the Vilna Gaon slept only a total of two hours a night. It is true that he studied Torah twenty-two hours a day.

Well, maybe not. He had to eat sometime, and I don’t doubt that various biological, family, social, and other demands may have consumed some portion of those twenty-two hours. 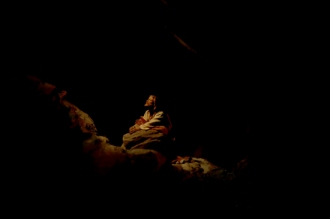 I’m not saying that you shouldn’t enjoy life and indulge yourself as you are able to (within the will of God), but I am saying that how you spend your time, day by day, hour by hour, defines your priorities. If you pray to God to be of greater service to Him but spend most of your time being of service only to yourself, you betray what and who is really important to you.

“Beware of the false prophets, who come to you in sheep’s clothing, but inwardly are ravenous wolves. You will know them by their fruits. Grapes are not gathered from thorn bushes nor figs from thistles, are they? So every good tree bears good fruit, but the bad tree bears bad fruit. A good tree cannot produce bad fruit, nor can a bad tree produce good fruit. Every tree that does not bear good fruit is cut down and thrown into the fire. So then, you will know them by their fruits.

It’s nice to have space and a little slack time to relax and appreciate life instead of being on the go, go, go, but space is there so you (and I) can grow into it. It’s like when I was a kid and my parents bought me shoes half to a full size bigger than my feet because they knew I’d rapidly grow into that space.

That is why we have the mitzvot, prayer, Bible study, volunteering for charitable services, visiting those who are sick. It’s what we do to fill the space and time God gives us in our lives.

Today I shall learn to better spend my time in the service of God, with Bible study, in prayer, in meditation on His Word, in seeking an encounter with the Divine.