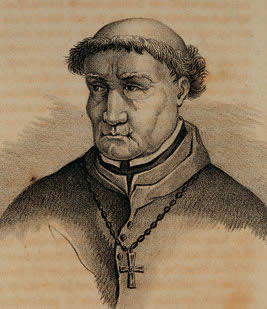 In 1483, Tomas de Torquemada was appointed as “Grand Inquisitor of the Spanish Inquisition.” Jews of Spain had been forced to convert to Christianity, and the Inquisition was designed to uncover those who were continuing to practice their Judaism in secret (called Conversos or Marranos). Those who never confessed were burned at the stake; those who did confess were strangled first. Torquemada believed that as long as the Jews remained in Spain, they might influence the tens of thousands of Jews who had converted to Christianity. It was on his recommendation that the remainder of the Jewish community — 200,000 people — was expelled from Spain in 1492. An estimated 32,000 were burned at the stake, and Torquemada’s name became a byword for cruelty and fanaticism in the service of religion. The order of expulsion was not officially voided by the government of Spain until 1968.

This will be short but not sweet. There are some Christians who say that it was a sin for Jews to refuse to convert to Christianity across the last two-thousand years of history. Yes, these are Christians living today in my little corner of the world. I’ve brought this issue up to them. Is it right for Christians to torture Jews into “conversion?”

They say the torture part was wrong, but that the Jews should have studied scripture and discovered the truth of Jesus for themselves. I’m also told that Christians who resorted to torturing Jews in order to gain their conversions were not “true Christians.”

I think forcing anyone to convert to Christianity on pain of torture and death is wrong. Period. I don’t think such conversions would be valid in any case. You can torture a person’s body and you can make them speak the words, you can even make someone afraid to think thoughts of refusing Christianity, but you can’t control the spirit, and God knows the truth.

And yet, there are Christians today that say that the Jews under Tomas de Torquemada and those like him should have converted when requested to. I disagree. I think men such as this one are reprehensible villains and should be reviled. The only reason to keep their names in our history books is so that their bad example will never be repeated. I think the Jewish people who resisted this monster are heroes and the ones who “converted” should be pitied.

If any person, Jewish or Gentile, of their own free will, chooses to accept Jesus as the Messiah, that’s between them and God. The minute a so-called “Christian” takes up any manner of coercion against another human being to trick or force them to convert, both that “Christian” and their victim lose.