Then after an interval of fourteen years I went up again to Jerusalem with Barnabas, taking Titus along also. It was because of a revelation that I went up; and I submitted to them the gospel which I preach among the Gentiles, but I did so in private to those who were of reputation, for fear that I might be running, or had run, in vain. But not even Titus, who was with me, though he was a Greek, was compelled to be circumcised.

Paul came also to Derbe and to Lystra. And a disciple was there, named Timothy, the son of a Jewish woman who was a believer, but his father was a Greek, and he was well spoken of by the brethren who were in Lystra and Iconium. Paul wanted this man to go with him; and he took him and circumcised him because of the Jews who were in those parts, for they all knew that his father was a Greek.

I know I’ve written in this before, but during Pastor’s sermon in church this morning (as I write this), I had a small revelation. Pastor was preaching on Acts 16:1-5 and in the course of his preaching, I had plenty of material to take notes on and plenty of points where I know Pastor and I don’t see eye to eye.

It was for freedom that Christ set us free; therefore keep standing firm and do not be subject again to a yoke of slavery. Behold I, Paul, say to you that if you receive circumcision, Christ will be of no benefit to you. And I testify again to every man who receives circumcision, that he is under obligation to keep the whole Law. You have been severed from Christ, you who are seeking to be justified by law; you have fallen from grace. For we through the Spirit, by faith, are waiting for the hope of righteousness. For in Christ Jesus neither circumcision nor uncircumcision means anything, but faith working through love.

We are pretty sure Paul wrote his letter to the Galatians before the Acts 15 decision of the Jerusalem Council and thus before the events involving Timothy in Acts 16. But comparing these two statements makes Paul seem like a hypocrite, doesn’t it? If circumcision and non-circumcision mean nothing, why did he circumcise Timothy? Because he gave into Jewish peer pressure and was worried about what Jewish people would say of Timothy when he was accompanying Paul? That doesn’t sound like the no-nonsense, no compromises Paul that I know.

Remember, the question in Acts 15:1-2 was whether or not the Gentiles had to be circumcised in order to enter into the Jewish religious community of “the Way” as co-participants and disciples of Jesus. The Council’s final legal decision (Acts 15:19-22) which was recorded in a letter (Acts 15:23-29) that was later transmitted to the various Gentiles in different communities in the diaspora (Acts 15:30-32, Acts 16:4-5). Gentiles were allowed to enter the Messianic congregation without being circumcised.

It’s been said in some Christian commentaries that Paul also encouraged Jews to give up on circumcising their children. He was even accused (falsely) of this by other Jews (Acts 21:21). In trial after trial, Paul defended himself and said he had done nothing against Jewish or Roman law (Acts 25:8, 28:17). In his sermon today, my Pastor even agreed that it was right for Jewish believers to be circumcised as a requirement of the Abrahamic covenant (Gen. 17:9-14). However, he says that the Abrahamic and Mosaic covenants aren’t directly connected and while the Abrahamic covenant was meant to be permanent, the Mosaic was always intended to be temporary.

Except he’s got a few problems.

The first is that in the Tanakh (Old Testament), no where do I read that it was God’s intension to “expire” the Torah upon the entrance of Messiah (or at Messiah’s death). In fact, I get the very clear intension that God took the Torah and Torah observance by Jews quite seriously, and meant for Jewish Torah observance to be continual.

And I testify again to every man who receives circumcision, that he is under obligation to keep the whole Law.

Paul inexorably links circumcision (he was talking about ritual conversion to Judaism, but I’ll also read into it the circumcision of people born Jewish) to obligation to observe all of the Torah mitzvot. 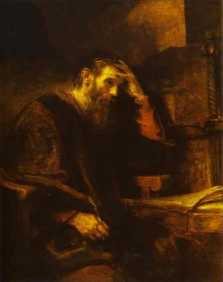 In another blog post, I attempted to establish a continuing Jewish obligation to observe the mitzvot based on the past commands of God in the Torah and the future Messianic prophesies we read in the Tanakh. Dr. Stuart Dauermann, interestingly enough, posted something quite similar on Facebook (which I can’t find at the moment) making the same argument.

The “weakness” of my argument, if you will, was in not being able to locate support in the Apostolic scriptures, especially something written by Paul, that firmly establishes continued Torah observance for Jews during that time frame and extending into our present era…that is, until now. Ironically, I have my Pastor to thank for making the connection, not that he meant to.

In Galatians 5 and in other portions of that letter, Paul firmly links circumcision to Torah observance, warning the Gentiles (and presumably the Jews) in the churches in Galatia, that being ethnically Jewish or a Jewish convert does not justify you before God. Only faith and grace does that (salvation is not contingent upon being circumcised or not being circumcised). He also says that anyone who is circumcised (because they are a Jewish male or are a Gentile male undergoing conversion) is obligated to observe the entire Torah. So far so good.

Next, in Galatians 2, we see Paul deliberately using the Greek man Titus as an example of a Gentile believer who does not require circumcision (conversion to Judaism and obligatory Torah obedience) in order to be saved and be an equal co-participant in the community of “the Way.”

In Acts 15 and confirmed in Acts 21:25, we see a binding legal decision rendered by the authorities of the Apostolic Council in Jerusalem that the Gentiles do not have to be circumcised (convert) and obey the Law of Moses in order to be justified before God and to be co-equal community members.

And in Acts 16 Paul circumcises Timothy because he has a Jewish mother and, if we believe Paul in Galatians 5, then the act of circumcision (which is a covenant requirement for all Jewish males) must also confirm that Timothy is (and probably always was since he’s considered Jewish) obligated to keep all of the Torah.

We don’t know the reasons he wasn’t circumcised on the eighth day. Timothy’s mother married a Gentile. Perhaps his Greek father forbade it. Perhaps Timothy’s mother was an “assimilated” Jewish person, living in the Diaspora (was this a problem for many Jews living in the Diaspora in those days?), having fallen away from Jewish practices (which seems odd, even to me, because she was such a faithful believer and Jewish faith in Messiah at that point in history was a very Jewish way of life). We probably won’t know the answer to these questions this side of Messiah’s return, but we do know that Paul circumcised Timothy because his mother was Jewish and everyone knew Timothy’s mother was Jewish.

And this isn’t the only example of a Jewish man being circumcised “late in the game,” so to speak.

Now it came about at the lodging place on the way that the Lord met him and sought to put him to death. Then Zipporah took a flint and cut off her son’s foreskin and threw it at Moses’ feet, and she said, “You are indeed a bridegroom of blood to me.” So He let him alone. At that time she said, “You are a bridegroom of blood”—because of the circumcision.

Moses too was living apart from his people. He married Zipporah, a Midianite woman, fathered a son by her, lived among Midianites, was a shepherd in Midian for forty years…

…and in all those years, he never circumcised his son. Even Zipporah knew better, at least in time to prevent a disaster.

So I’ll suggest that we can’t say Timothy not being circumcised on the eighth day was incredibly unusual, especially for Jewish people living away from the Jewish community (and according to some news articles, this is a problem among the Jewish people today).

I know, my Pastor isn’t likely to accept my arguments, but I think they’re good ones. I think they should be taken seriously. I think we can establish from the Biblical record, in Torah, in the Prophets, and in the Apostolic Scriptures, that the Torah was founded by God for the ancient Israelites and for all their descendants:

Now not with you alone am I making this covenant and this oath, but both with those who stand here with us today in the presence of the Lord our God and with those who are not with us here today…

Virtually all reliable commentators agree that the ones with whom the covenant was made, yet who were not there at Sinai, were all the future generations of Israel, the Jewish people, projected forward in time.

The Torah speaks of the expectation of Israel to observe the Torah of Moses from the point it was given at Sinai and into the future. The Prophets speak of the future Messianic Age, where Torah will be observed as it was in days of old, and Messiah, the Prince, will offer sacrifices at the Temple. And Paul says that anyone circumcised, which is definitely any convert to Judaism and any Jewish male under the covenant obligation to be circumcised, is also obligated to observe the entire Torah. James and the Council made a legally binding ruling that only the Gentiles in the Jewish movement of Messiah were exempt from circumcision and full Torah obligation.

It really doesn’t get more plain than that. We have witnesses in the ancient past at Sinai, in the day of Paul, and prophetic witnesses that speak to the future, all of them, every single one, telling us that those obligated to be circumcised because of Abraham, the Jewish people, must all perform the Torah mitzvot because of covenant requirements.

It’s all in the Bible. All you have to do is look.