-Rabbi Tzvi Freeman
“For You”
Based on letters and talks of the Rebbe
Rabbi M. M. Schneerson
Chabad.org

In some strange way, these few sentences capture the struggle we encounter at the intersection of Christianity and Judaism. I know that many Christians and Jews don’t believe their two worlds intersect at all, but in spite of 2,000 years of “discomfort” between us, we just can’t seem to get away from each other.

The other day, on my commute home from work, I saw a car with a bumper sticker that said, “Judeo-Christian.” I wish I could have talked to the driver to find out what they were thinking when they put that on their car.

Judeo-Christian is a term traditionally used to describe a specific set of ethical or moral values often associated with American historical and cultural beliefs. It artificially forces a connection between Christianity and Judaism that most Jews don’t appreciate. Christianity doesn’t mind so much because of the knowledge that we wouldn’t exist as a faith without Judaism, at least the ancient Judaism that ended (from the church’s point of view) with the destruction of the Second Temple.

When pushed, Jews and Christians will admit to sharing some common values and goals, such as feeding the hungry and and visiting the sick, but the foundations of how Judaism and Christianity view God, the world, and just about everything else are fundamentally and radically different from each other. In some sense, it’s amazing that Christians and Jews can have a meaningful conversation at all, at least on the topic of God (I’m sure there’d be no problem discussing the World Series or something like that).

As many of you know, I’ve recently been trying to describe the linked relationship between Christianity and Judaism as part of Israel’s national redemption. It’s slow going because the idea that God would actually intertwine the destinies of the Gentile church and the inheritors of Sinai is foreign to the two groups. Even within the realm of Messianic Judaism, which should be a friendly environment for both, the idea that Christ can only come back if Christians support and embrace Jewish return to Torah has met with significant resistence (Read Redeeming the Heart of Israel, Part 1 and Part 2, as well as Disconnect Reconnect Disconnect if you don’t believe me).

Paul in Romans 11 explains that it was necessary for there to be a separation between the Gentile believers and the Jews for the sake of the nations. But after so very long existing apart from each other, overcoming the walls we’ve built between us is no easy task.

So how do we live together while maintaining our separate identities? How do two people who are married maintain their own lives and wills and uniqueness?

I don’t know, except to say that who we are is built into us. No matter how much you may love your spouse, that love doesn’t erode your personality so you stop being you and start being them.

Something does happen, though. You learn to set aside some of your personal desires and preferences and to act for the benefit of your beloved husband or wife because you want to do good for them.

Our Master did no less for us.

I am the good shepherd. The good shepherd lays down his life for the sheep. He who is a hired hand and not a shepherd, who does not own the sheep, sees the wolf coming and leaves the sheep and flees, and the wolf snatches them and scatters them. He flees because he is a hired hand and cares nothing for the sheep. I am the good shepherd. I know my own and my own know me, just as the Father knows me and I know the Father; and I lay down my life for the sheep. And I have other sheep that are not of this fold. I must bring them also, and they will listen to my voice. So there will be one flock, one shepherd. For this reason the Father loves me, because I lay down my life that I may take it up again. No one takes it from me, but I lay it down of my own accord. I have authority to lay it down, and I have authority to take it up again. This charge I have received from my Father.” –John 10:11-18 (ESV)

The difference between him and us is that Jesus is our Master and we are his disciples and servants. We are not greater than the one who sent us. But with our spouse, neither husband nor wife is elevated over the other.

For as many of you as were baptized into Christ have put on Christ. There is neither Jew nor Greek, there is neither slave nor free, there is no male and female, for you are all one in Christ Jesus. And if you are Christ’s, then you are Abraham’s offspring, heirs according to promise. –Galatians 3:27-29 (ESV)

But I’ve been wrong before.

I was having coffee after work the other day with a friend and we were discussing this whole matter. We realized as we were talking that, after 2,000 years of ascendency; after 2,000 years of being the sole owners and arbiters of salvation through Jesus Christ, the Christian church might not want to acknowledge that “the mountain of the house of the Lord shall be established as the highest of the mountains.” They might not want to repeat the words of the Master when he said (John 4:22) “salvation is from the Jews.”

In other words, we Christians might not want to face the fact that when the Jewish King returns, he will restore Israel to its rightful place at the head of the nations, he will establish forever the full redemption of his Jewish people, and it is we from among the nations who will “flow” up to Jerusalem and the Temple Mount to honor the King of the Jews and to worship the God of Abraham, Isaac, and Jacob.

Rather than the church expecting it to be the other way around. Rather than the Jews “flowing up” to Christianity and abandoning Judaism, the Torah, and ultimately, the Jewish Messiah King.

Kind of humbling for we Christians, isn’t it?

I cheated a bit when I quoted Rabbi Freeman earlier. Here’s the full text of what he said:

If it is truth, it is meant for you, now, here.

There is a truth about our existence in this world that we aren’t always aware of. Maybe we’ve never been aware of it, but it rests inside of us, like a cocoon which appears dormant or even lifeless, and yet contains the beginnings of what will become a spectacular butterfly.

Like a new life being nurtured in a mother’s womb, the will of God for each of us is embedded within our souls, waiting for the right moment to begin to stir. I believe that’s what is happening now in Christianity and Judaism. I believe this is part of what the Master called in Matthew 24:8 “the birth pangs” (please don’t overanalyze that metaphor and say he was really talking about wars and earthquakes…I think he was also talking about what I’m talking about). 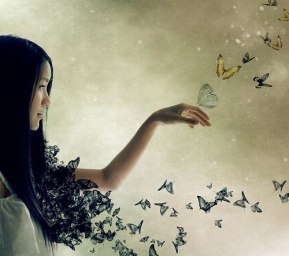 Any woman who has ever given birth can tell you that it is a wonderful, and terrifying, and ecstatic, and agonizing experience. So too are the birth pangs we are approaching as Christianity and Judaism, divided for so many centuries, approaches an intersection that God saw and destined before He built the foundations of the Universe.

Our Lord, our Master, our Messiah is coming, but we all play a vital part in summoning his presence. We in the church must encourage the Jewish return to Torah and national redemption of Israel. Israel must be that light to the nations, drawing us all to God. Then the Moshiach will come, the Jewish King will ascend his throne, and the Temple of God will be called a house of prayer for all the nations.

Blessed be the nation of Israel and may she return her heart to God and the Torah, that she may be redeemed and restored. And may the Messiah come soon and in our day.