Boy, you miss one day of church and you certainly hear about it.

I say that tongue-in-cheek, but I was surprised to find that people actually noticed I wasn’t in church last week. It caught me a bit off guard.

Today (as I write this), we had a guest speaker who delivered the “sermon,” the combined adult Sunday school class teaching and, if I’d have stayed, more teaching during and after a pot luck lunch (I knew nothing about this which is what I get for missing a week of church): James W. Rickard. I guess he does the taxes for a lot of the Pastors across the Northwest. Since my wife is so good managing finances, nothing he said came as a huge shock (credit card debt is bad) but I stayed for the “Sunday school” portion of his talk, just to see what he’d say.

This meant that Pastor didn’t give his sermon on Acts this week and of course, we didn’t meet in Charlie’s class to discuss Pastor’s sermon. And I had my brand new, ESV Study Bible with me and everything (because the battery in my Kindle Fire went toes up…replacement Kindle Fire will be shipped out soon).

Doug, the Music Director, who is over-the-top cheery and expressive at 9:30 in the morning, pointed out that the Christmas decorations are up in the church (I honestly hadn’t noticed until that moment) and one of the hymns he lead us in this morning (again, as I write this) was “Joy to the World.” Yes, I sang my first Christmas Carole in many, many years in church this morning. It wasn’t as bad as I thought it would be. Still, I haven’t gotten to the point where I have to tell anyone at church that I don’t celebrate Christmas, so we’ll see how that goes.

I don’t really have a focus for today’s “morning meditation” slash “report on church.” I was just thinking though that it didn’t feel quite so strange this time. Almost exactly in between the end of service and the beginning of Jim Rickard’s class, my wife phoned me. She thought I was home and wanted me to look at the shopping list she’d left behind. I mentioned that I was in church (and listening to my voice say that out loud was an interesting experience). She quickly apologized and told me to have fun.

Did I have fun?

I did sign up to participate in the church’s “challenge” to read the Bible through in one year or less (not like I haven’t done that before). That’s actually not much of a chore since I read the traditional Torah and haftarah readings each week, plus the traditional Psalm, a portion of the Gospel, and several of the Proverbs each Shabbat. I’ll just add a little more each day.

Why am I telling you all this and why should you care?

I bought a brand new Bible. I signed up for a church “activity.” People at church noticed that I had been absent last week. I can feel myself becoming more committed, bit by bit to going to this church. So far, my offerings when they pass around the plate (it still blows my mind that giving money is actually part of the religious service) have been cash, but I guess I should start making more formal arrangements if I’m going to continue attending. Am I starting to get used to the “church culture?”

Well, maybe a little bit. I’m choosing to redefine Christmas as a cultural event and a church tradition to make it easier to absorb when I attend services this month (though now that I think about it, I’m surprised Rickard didn’t mention Christmas and credit card debt in his teachings this morning…they seem like a natural fit). 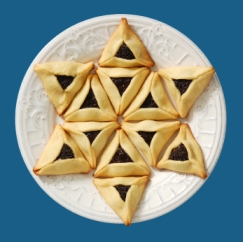 But I still can’t get away from how much more integrated Judaism is (or can be) in terms of a relationship with God, as the Aish Ask the Rabbi column testifies in answering the question, “Why Keep Kosher?”

It is good that you are grappling with this and trying to acquire your Judaism as your own.

The ultimate answer to your question is “because God said so.” Beyond this, however, there are practical, observable benefits to keeping kosher today:

1) Spirituality: The Torah teaches that non-kosher food has a negative effect on a Jewish soul. The soul is like an antenna that picks up waves of spiritual energy. Eating non-kosher food damages the capacity of the soul to “connect spiritually.”

2) Self Growth: If you can be disciplined in what and when you eat, it follows that you can be disciplined in other areas of life as well. Kashrut requires that one must wait between milk and meat, and we may not eat certain animals or combinations of foods. (Even when you’re hungry!) All of this instills self-discipline, and enables us to elevate our spiritual side, by making conscious choices over animal urges.

3) Health Reasons: With its extra supervision, kosher food is perceived as being healthier and cleaner. After slaughter, animals are checked for abscesses in their lungs or other health problems. Blood – a medium for the growth of bacteria – is drained. Shellfish, mollusks, lobsters and crabs have spread typhoid and are a source for urticara (a neurotic skin affliction). Milk and meat digest at an unequal rate and are difficult for the body. And of course, pigs can carry trichinosis.

4) Moral Lessons: We are taught not to be cruel – even to animals. A mother and her young are forbidden to be slaughtered on the same day, and we “don’t boil a kid (goat) in its mother’s milk.” We must not remove the limb of an animal while it is still alive (a common practice, prior to refrigeration). When we slaughter an animal, it must be done with the least possible pain. And we are reminded not to be vicious, by the prohibition to eat vicious birds of prey.

5) Tradition: One of the keys to making a Jewish home “Jewish” is the observance of keeping kosher. When we keep kosher in the home, our attachment to Judaism and the sacrifices that we make become ingrained on our children’s minds forever. And with food so often the focus of social events, keeping kosher provides a built-in hedge against assimilation. For many, the bridge between past and future is the spiritual aroma of a kosher kitchen.

Ultimately, we cannot fathom the full depth of “Why keep kosher.” For as the saying goes, there is more to keeping kosher than meets the palate… 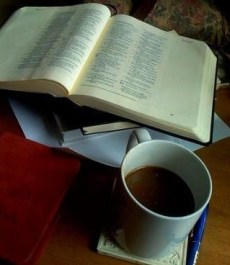 Here you have the Rabbi responding to a query delivered by a young Jewish fellow who had just left home and was struggling with how or if to create a Jewish home for himself. For Jews, being Jewish isn’t just something you do on one day a week, it’s what defines you in every aspect of your life, including eating. Technically, being Christian should also define you in every aspect of your life, but because being a Christian is a religious identity and does not also define a nation, a people group, and arguably, an ethnicity (that last one is complicated), it’s easier to compartmentalize the Christian part of a person’s life from everything else.

Actually, it was Rickard who said that Christians must not compartmentalize their (our) lives but that we must be Christians in every aspect of what we say, do, and think. Of course, Rickard was raised in a Christian home, “confessed Christ” when he was eight years old (I can only assume he reaffirmed his commitment as he got older and understood the adult ramifications of a Christian faith and life), was married as a Christian, established a Christian marriage, raised Christian children, and has Christian grandchildren. Sure, his focus in teaching was being Christian in terms of managing finances, but that covers a great deal of just plain living.

Although not nearly as formally defined as it is in Judaism, Protestantism does have its cultural and traditional aspects (and as I mentioned before, Christmas is a major cultural tradition in the church) and since I’m trying to make this commitment, I suppose I’d better “hunker down” and get comfortable (or as comfortable as I can be) with the idea.

However, I don’t think I’ll ever get comfortable with calling a voluntary financial gift to the Pastoral staff a “love offering.”

Yeah, I’m rambling. I guess as with everything else, the story is to be continued.