In the course of the presentation, he drew contrasts between the more negative and even caustic references to “the circumcision party”, “Judaizers” and the Torah in Galatians (and also Philippians), and the more positive references to “Israel” and the Jewish people in Romans (esp. chaps. 9-11). But, of course, as I pointed out in the ensuing discussion, in Galatians (and Philippians too) Paul seems to be critical of fellow Jewish Christians, not because they were Jews, but because they were apparently seeking to impose Torah-observance (including male-circumcision) on Paul’s (former pagan) converts as an additional requirement for full recognition as co-religionists with them. It was this “Judaizing” stance, i.e., the view that baptized pagans had to become Jewish, that Paul opposed, and his opponents (I repeat) were Jewish believers in Jesus. So, because their stance seemed to Paul to call into question the sufficiency of Jesus, and because it also represented to him an interference in his gentile-mission (the terms of which he believed he had received directly from God), he went at the matter with full force (and in places some serious vituperation).

But in Romans (esp. 9-11), his subject is the Jewish people and their future in God’s redemptive plan, an altogether different subject.

I don’t know what I can add to what Dr. Hurtado wrote on his blog yesterday (today, as I write this). I wanted to share it because it confirms everything I believe about what Paul was trying to say to us, especially in Romans and Galatians. Long time readers of my blog know that I am a staunch critic of traditional supersessionism in the church (also called “replacement theology,” “completion theology,” and “covenant theology”), and believe that the church did not replace Israel in God’s covenant promises, but rather that Israel and the Jewish people continue to have a vital role in God’s plan for humanity, both in this world and the world to come.

I also believe that God never intended the “grafted in” Gentile Christians to ever take on a Jewish identity by converting to Judaism (or to “Israel” if you prefer) en masse, and thus being compelled to perform the full list of Torah mitzvot in a Jewish manner as God requires of His people Israel. 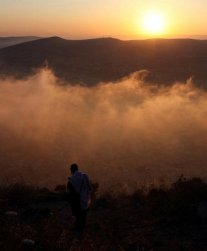 Dr. Hurtado, in the above-mentioned blog post, was describing a presentation he attended recently entitled, “A Muslim Reads Galatians,” given by Dr. Shabbir Akhtar (read Dr. Hurtado’s blog for the details). I suppose I should thank Dr. Akhtar in addition to Dr. Hurtado for providing a short and concise description of Paul’s views on the distinctions between Jewish and Gentile believers relative to conversion, Judaism as a religious practice, and Torah observance. Traditionally, Christians have believed that Paul abandoned Torah observance and encouraged both Jews and believing Gentiles (not that believing Gentiles had a history of Torah observance prior to coming to faith in Jesus) to abandon Torah as well. Hebrew Roots Christians (at least in some variants of the tradition) believe the opposite, that Paul continued to observe Torah, and encouraged both Jews and Gentile believers to observe the full yoke of Torah, and that all Christians today are obligated to Torah observance.

Dr. Hurtado ends his brief blog post with this statement:

Paul’s only critique of the Torah (Jewish Law) was when some fellow Jewish believers tried to impose it as an additional requirment (sic) for salvation upon his pagan converts. He had no problem with fellow Jews observing Torah, Jewish Christians included, so long as they didn’t try to impose full Torah-observance upon baptized pagans. He certainly seems to have insisted that Jews as well as pagans must recognize Jesus as God’s Son/Messiah, and held that Jewish failure to do so was a kind of unbelief and “hardening”. But he also believed that God would ultimately deliver fellow Jews from this stance (Romans 11:25-32), showing “mercy” to all, both pagans and Jews.

Wow! Hurtado, commenting on Akhtar, states that “he (Paul) had no problem with fellow Jews observing Torah, Jewish Christians included, so long as they didn’t try to impose full Torah-observance upon baptized pagans.” That’s exactly what I’ve been saying for a while now. That’s what much of Messianic Judaism (especially the articles and books published by First Fruits of Zion [FFOZ]) have been saying for years. 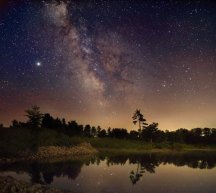 Both Hurtado and Akhtar agree that Paul’s letter to the Romans (esp. Chapters 9-11) addresses God’s redemptive plan and the future of the Jewish people, which is not the same subject as Paul’s objections to “Judaizers” attempting to induce formerly pagan Gentiles to convert to Judaism and be bound to the full yoke of Torah as a condition of salvation. Paul held out a bright hope for Israel’s future redemption for the “fullness” of “all Israel.” We should grasp onto that hope as well.

I can’t think of a better way to start my day, especially after the last few days on the blogosphere, than to read this message of hope and encouragement for both Jewish and Gentile believers, including our roles and identities in God’s plan for the present and future, written in a blog post by this eminent New Testament scholar.

Kudos Dr. Hurtado and thank you.

50 thoughts on “Larry Hurtado on “A Muslim Reads Galatians””