At the same time, believers sometimes assume that HaShem’s Torah applies only to Jews and not to Gentile disciples at all. Nothing could be further from the truth. Despite the fact that the apostles “loosed” the Gentiles from these sign commandments, for the most part they are bound to the rest of the Torah’s mitzvot. It should be emphasized that Gentiles in Messiah have a status in the people of God and a responsibility to the Torah that far exceeds that of the God-fearer of the ancient synagogue and that of the modern-day Noachide (Son of Noah). Through Yeshua, believing Gentiles have been grafted in to the people of God and become members of the commonwealth of Israel. While membership has its privileges, it also has its obligations.

That’s how I started my previous review of Toby’s article eighteen months ago. I mentioned on Friday that I would be “re-reviewing” Toby’s write-up on non-Jewish obligation to the Torah. This is also something of a consequence of my review of Boaz Michael’s “Moses in Matthew” seminar (I didn’t attend the 2011 event, but I did listen to an audio recording on CD). Boaz very aptly presented the Bible, specifically the Gospel of Matthew, as a densely packed document that contains far more information than what a surface reading of the text would suggest.

“Since we have heard that some of our number to whom we gave no instruction have disturbed you with their words, unsettling your souls, it seemed good to us, having become of one mind, to select men to send to you with our beloved Barnabas and Paul, men who have risked their lives for the name of our Lord Jesus Christ. “Therefore we have sent Judas and Silas, who themselves will also report the same things by word of mouth. “For it seemed good to the Holy Spirit and to us to lay upon you no greater burden than these essentials: that you abstain from things sacrificed to idols and from blood and from things strangled and from fornication; if you keep yourselves free from such things, you will do well. Farewell.”

This is generally known as the “Jerusalem Letter” which contains what we call “the Four Prohibitions:”

Seems like a pretty anemic list. I won’t go into the whole process of James and the Apostolic Council issuing the halakhic ruling regarding the admission of Gentiles in to the Jewish movement of “the Way.” I already covered that in some detail in my six-part series Return to Jerusalem. I do want to communicate why I think studying the Torah is as vital to Christians as it is to Jewish people.

For Moses from ancient generations has in every city those who preach him, since he is read in the synagogues every Sabbath.”

This is probably one of the most deeply misunderstood sentences in the entire Bible, especially by those in the Hebrew/Jewish Roots movement. Even I used to believe that this single string of words provided not only permission but the commandment for Gentile believers to learn and observe the Torah of Moses in a manner identical to the Jewish people (nevermind that even observant Jews don’t always agree with each other about how to observe the mitzvot).

Actually, the sentence doesn’t directly say that Gentiles must attend synagogue and learn Torah but it’s heavily implied. Here’s Toby’s explanation for this. 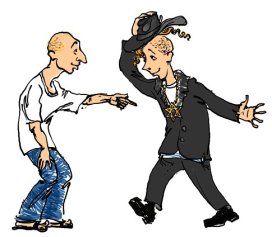 Actually, those Gentiles we call “God-fearers” were already attending the synagogue and were indeed learning Torah. We see an example of such a synagogue of born-Jews, righteous converts, and God-fearing Gentiles in Pisidian Antioch as recorded by Luke in Acts 13:16-52. However, as the Messianic gospel message continued to reverberate outward from Jerusalem and into the furthest corners of the diaspora, an increasing number of pagan Gentiles would hear the message and turn to the Messiah. These pagans, like the men and women we read about in Acts 14:8-18, would have no knowledge of Torah, Judaism, or ethical monotheism, and the message of the good news that makes so much sense to modern Christians (though most get only a truncated version) would likely be completely misunderstood without a basic knowledge of the teachings of Torah to provide context. New Gentile believers, having just recently been worshiping in pagan temples, would not only miss the meaning of the lessons of Jesus, but they would have no idea how to lead a Holy life or why they should even do so.

As far as the Four Prohibitions are concerned, many have suggested that these are just starting points for new Gentile believers, designed to facilitate “table fellowship” with Jews until the Gentiles learned the full extent of the mitzvot and how to become completely observant. Except that describes a Gentile on the fast track to converting to Judaism, not a God-fearer or (recently) former pagan transitioning into becoming a Gentile disciple of the Jewish Messiah.

The “unpacking” of the Four Prohibitions can be compared to the “unpacking” of what is known as the Seven Noahide Laws. These laws, as we understand them today, didn’t exist in Paul’s day (though it is debatable if some version or versions were being circulated even then) but they are derived from Genesis 9 and the covenant God made with Noah:

“Whoever sheds man’s blood,
By man his blood shall be shed,
For in the image of God
He made man.

“As for you, be fruitful and multiply;
Populate the earth abundantly and multiply in it.”
Then God spoke to Noah and to his sons with him, saying, “Now behold, I Myself do establish My covenant with you, and with your descendants after you; and with every living creature that is with you, the birds, the cattle, and every beast of the earth with you; of all that comes out of the ark, even every beast of the earth. I establish My covenant with you; and all flesh shall never again be cut off by the water of the flood, neither shall there again be a flood to destroy the earth.”

Only seven laws were extracted from the text but again, that number is deceptively small. The link I provided above from auburn.edu/ actually extracts a longer list of laws from each individual prohibition. A total of sixty-seven laws are presented at this particular source and I’ve heard of other sources that have created even longer lists based on the so-called “seven laws.”

The website AskNoah.org is dedicated to providing information and services to modern “Noahides” who worship alongside observant Jews in Orthodox synagogues. 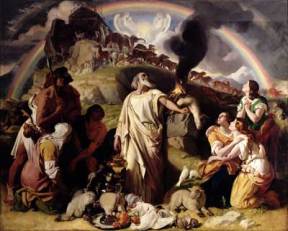 I don’t say all this to directly compare Noahides with non-Jewish disciples of Messiah. Far from it. I only bring this up to say that, just as the Seven Noahide Laws actually make up a much longer and more complex list of mitzvot, so too, do the Four Prohibitions of Acts 15. That’s Toby’s whole point. He wrote fifteen heavily footnoted pages in a magazine format to just scratch the surface of the meaning of the Jerusalem Letter and to unpack its contents so we could understand that who we are as Christians is so much more than a four bullet point list of “Torah” directives and tons and tons of “grace.”

In January of 2012, I was caught off guard by the article and started wondering if some change in philosophy had come over FFOZ. Boaz graciously commented on my original review to say that nothing had changed in their intent.

On the contrary, from the outset (Messiah Journal 101), we made it clear that the “invitation” and non-obligatory type of language applies only to the specific sign-commandments and markers of Jewish identity: “specifically to aspects of the Torah which comprise Jewish identity: circumcision, dietary standards, festivals, calendar, Sabbath, etc.”

Toby’s article simply continues the process of fleshing out and defining the apostolic position regarding Gentiles and Torah. The only new material here involves the logical application of Acts 15 which is where we have been pointing people all along. Toby already presented some of this material in HaYesod.

A lot of this was just starting to gel after I attended FFOZ’s 2012 Shavuot Conference in Hudson, Wisconsin and it’s been steadily percolating within me for the past fifteen months or so. I realize that just as Boaz said his ministry has progressively been “fleshing out and defining the apostolic position regarding Gentiles and Torah,” this type of steady progression is what I’ve been going through as well, within my thoughts, spiritual development, and self-study.

I’m not writing this to re-review the actual content of Toby’s article, but rather how I am receiving its meaning, comparing the person I was a year-and-a-half ago to who I am now. As I said nearly two weeks ago, I’m Not Who I Was. Hopefully, none of us are. Hopefully, we are all striving to move forward, to learn, to experience, to draw nearer to God by the study of His Word.

Bible scholarship is always moving forward. Like any other type of academic endeavour, research and investigation never stops. Theologians, linguists, historians, archaeologists, and other professionals in their fields continually produce new insights into our understanding of God’s Word and how it is to be applied in our lives. As believers, we have a responsibility to also continue to study, to learn, to strive for a more refined understanding of the available information as guided by the Holy Spirit.

Luke only gives us a summary of the Acts of the Apostles, so while the Bible may be sufficient, that doesn’t mean it’s exquisitely complete. We can’t simply read Acts 15 once and say we understand it. We can’t read our favorite interpretation of the meaning of Acts 15 a month ago, a year ago, or a decade ago, and say we are sticking with that understanding, ignoring newer information that might modify our comprehension in important ways. The original text is unchanging, but how we read and understand it isn’t.

Who are we in Christ? What was the original intent and impact of the letter sent out to the believing Gentiles by James and the Council of the Apostles? How does that affect our lives as Christians today? What is a Gentile believer’s obligation to Torah? What does “Torah” even mean in our modern lives?

I can’t definitively answer all of those questions for you, but if you start by downloading and reading Toby’s article and continuing to unpack and unfold the text and your understanding of it, I’m hoping and praying you’ll find out. I pray we all discover who we really are in the pages of God’s Word and then live out the lives God intends for us.