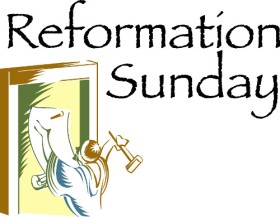 Nearly five centuries ago in Central Europe, an unknown Augustinian monk decided to nail 95 theses to a church door, sparking a religious revolution felt to the present day.

Reformation Day, the anniversary of when Martin Luther began the Protestant Reformation, is an observance remembered by hundreds of American churches in the modern day. While the exact date of Luther’s call to theological debate was Oct. 31, or the Eve of All Saints’ Day, many Protestant congregations choose to observe the occasion on the last Sunday in the month. This year, Reformation Sunday will fall on Oct. 27, with Protestant denominations such as Lutherans, Presbyterians, and Baptists drawing attention to the past.

Yesterday I had the pleasure of celebrating Reformation Day at a wonderful inner-city Anglican church in Melbourne, St. Matt’s Prahan, speaking on Rom 3:21-26.

It’s a great day to get your Luther on, unleash your inner Calvin, channel some Bucer, reconnect with your “sola” power panels, thank God for Tyndale, and play with your Ridley and Latimer action figurines. But such a day does lead to a question or two. Is Reformation Sunday a bit like commemorating a divorce, vindicate the violence between Protestants and Catholics, reinforce old prejudices, rent further apart the already fractured body of Christ, become an exercise in Roman Catholic bashing, and Anabaptist drowning?

I’d never even heard of “Reformation Sunday” until Sunday before last when my Pastor briefly mentioned it from the pulpit. Last Sunday, Reformation Sunday, he gave a short presentation about this day during the “announcements” portion of the service. I didn’t take notes but near the end of his presentation, Pastor said something that sounded like the Church needing a Reformation again.

I can see his point.

We had recently discussed my viewpoint on John MacArthur’s conference Strange Fire. I know Pastor, in last Sunday’s evening service, delivered a sermon called “Should We Put Out Strange Fire?” (I’ll have to listen to the recording when it’s posted online).

I don’t want to rehash all that, but I do want to use the topic as a jumping off point for why the Church (big “C”) needs another reformation. Yes, I agree with my Pastor, but I think the direction and form of that reformation is a lot different in my eyes than they are in his.

Last Sunday, my Pastor preached on Acts 16:1-5. It’s just amazing how much insight and information he can draw from a simple five verses in scripture. For instance, one of the things Pastor said by way of introduction (I’m working from my notes, here) is that Paul always visited the synagogue when he arrived at any location. By the time he left, he had founded a separate church and believing Jews would leave the local synagogue and join the church, presumably with Gentile believers.

Naturally I chafed at this summary, as it depicts the Jewish worship and devotion to the Jewish Messiah as not Jewish at all, but rather a “Christian” activity wholly divorced from Judaism…and that’s an important distinction. 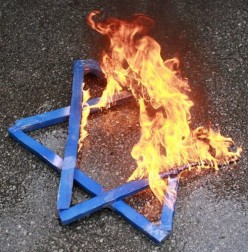 The information he presented did not denigrate the Jewish people in the slightest, but it was still designed to separate the Jewish believer from Judaism. This has been the source of more than a few debates between us.

The “sister” blog post to this one is called What Church Taught Me About Jews and the Torah, and ironically, uses portions of Pastor’s sermon to fill in the gaps of my argument supporting Jewish continuing observance of Torah within the body of Messiah.

As I write this, he hasn’t read that blog post, nor have we been able to discuss it. I know that no matter how logical an argument I make, and no matter how well I think I’ve supported it in scripture, theologian that he is, Pastor will find numerous other scriptures to use to refute my opinion.

And yet, for me, the “Jewishness” and the “Judaism” of Jewish faith in Messiah is inescapable. Pastor sees the Church as a new entity that separated itself from Judaism, sort of like the train of God’s plan extending forward from Torah and the Prophets “jumped the tracks” at Acts 2 and took a whole different trajectory into the future, leaving the original path (and the covenant requirements, blessings, and promises along with them) abandoned. I can’t read the way most Christians see the development of the faith back into the Tanakh.

That’s why the general viewpoint of Messianic Judaism, including the perspective of Postmissionary Messianic Judaism makes more sense to me than Fundamentalist Christianity and Progressive Revelation. In order to celebrate Reformation Sunday as a significant holiday in the church, I have to conclude that the idea of Progressive Revelation must extend into the post-Biblical period and was active as recently as five hundred years ago, if we are required to see the Reformation as a Revelation of God.

And if it’s not a revelation from God, then it’s just another set of theologies and doctrines created by human beings who are trying to understand the Bible, God, and who we are as Christians.

You can’t have it both ways.

I could write a whole other blog post (and I probably will at some point) about whether or not the Holy Spirit continues to be manifest in our world or not (Pentecostals say “yes,” Fundamentalists say “not so much”). But for the moment, let me assume that God didn’t abandon us all for the past two-thousand years with only various translations and copies of copies of copies of the Bible to speak for Him. Let’s assume God actually cares about us enough to whisper in an ear or two from time to time.

And let’s assume that such whispers might even contain instructions for the periodic “course correction” of the great ship of the oceans called “the Church.” Obviously the authors of the Reformation felt the ship was off course and made efforts to steer her in a better direction. Obviously, they wouldn’t have made such changes if they didn’t believe it was within the will of God. Otherwise, they’d just be a bunch of guys reading what they wanted to in the Bible and acting out of their interpretations.

Yes, I believe God’s Presence still makes itself felt in our world. I don’t think we can put God in a box. Oh yes, we can make our boxes and say we’ve put God inside because it’s a perfect fit, but I think God has other ideas about Himself. He said that the tabernacle was not truly His home, since all the Earth is His footstool, so to speak. What makes us think we can make a theological box that is big enough to “fit” God yet small enough for us to carry around with us?

I can’t argue with history. Good, bad, or indifferent, the Reformation happened and it sent ripples across the timeline that still rock our boats today. 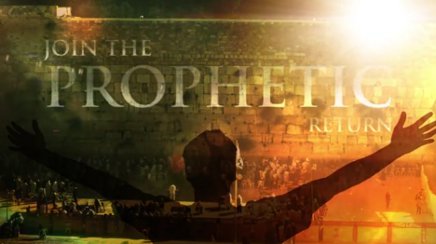 But the Church (and all of its little churches, hundreds of them, thousands of them, all the little denominations, movements, and streams) has gotten really static. Even suggesting a paradigm shift meets with strong resistance. Inertia can be such a difficult thing. So hard to push start the truck on a cold morning when all it wants to do is to stay in its nice, comfy garage.

I can’t prove what I’m about to say, but I believe it’s a credible suggestion. I believe the next big Reformation for the Church is the restoration of Messianic Judaism. The Church was artificially carved from Judaism probably in the second and third centuries of the Common Era. Before that, it was one of a number of functioning Judaisms in occupied Israel and the Diaspora. I think Paul was instrumental in spreading this Judaism to both Jews and Gentiles in the Roman empire of his day. I think that he, like the ancient prophets of the Tanakh who came before him, intended that the Messianic promise should move forward in history as Israel’s path of redemption and restoration, with Israel as the light and Messiah as the light bearer, attracting the people of all the nations to that light to join in Messiah’s body…a Jewish body…a Judaism.

The next Reformation for the Church is for the Church to stop seeing itself as a separate thing and to stop seeing Judaism as dead. The next Reformation of the Church is to come alongside the resurrected Judaism of Messianic Judaism, the reborn Jewish faith stream of “the Way,” and to cease requiring Jews to become Christians and to leave being Jews and being part of Judaism and Israel and instead, for the Gentile Christians to realize that we must join them, not them joining us.

26 thoughts on “The Next Reformation of the Church”