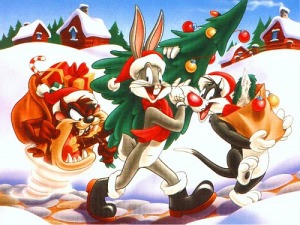 There are many quaint customs that get passed on from father and mother to son and daughter. Some of these practices are minhag Yisrael which developed for various reasons. Others are firmly based on halachah. Still others are sometimes misapplications of both.

A new school is always an adjustment. Especially if one commutes, it is hard to know just how much food one needs for his grueling day. One commuting student was somewhat hungry and had nothing left from his lunch. A kindly student—an Israeli of Sefardic descent—shared an apple with the new student. To the recipient’s surprise, there was a bit cut away from the apple. “Why is some cut away?” he asked his friend.

“My parents do that to all of the produce which comes through our house,” the boy explained. “It is a way of fulfilling the mitzvah of tithing produce.”

“What, in chutz l’aretz?” wondered the surprised boy.

“That is our custom,” was his friend’s simple reply.

In addition to a snack, the recipient had also received much food for thought.

When he got older he learned the probable source of this custom was a misapplication of a practice during the times of chazal which is not relevant in most places today. In the word of the Beis Yosef, zt”l,: “Since the custom is not to take terumos and maasros in these lands, I do not wish to discuss these halachos at length. Although we find in Bechoros 27—and other places in the Talmud—that they used to take terumos and ma’asros outside of Israel, the Ri, zt”l, explains that this only applies to lands which are close to Eretz Yisrael. Tosafos in Avodah Zarah writes the same, as does the Rambam in the beginning of Hichos Terumah…”

I read this and immediately thought of the continuing discussions in social media on the pros and cons of celebrating Christmas. These discussions reach the level of a “spiritual panic attack” in some corners of the Messianic world while the topic is all but ignored by the majority of folks in traditional Christianity and Judaism.

I was talking to my wife about traditions the other night and so much in the Judaism is driven by tradition. The interesting part is, there isn’t just one Jewish tradition. For instance, if there is a general ruling applied in the Talmud, but your local Rabbi has a differing opinion, a Jew is obligated to follow their local Rabbi’s ruling. Ashkenazi Jews have a tradition of considering beans and rice as leavened during Passover while Sephardic Jews do not, so if you are Ashkenazi, you are obligated to follow your own tradition (whether you personally agree with it or not) rather than choosing the Sephardic tradition. And as we see from the quotte above, there can even be family traditions within Judaism that are considered binding.

No wonder Judaism is confusing for most non-Jews.

I’m writing this to say that there can be more than one right way to behave as a person of faith and more than one tradition that is correct, depending on who you are and how you are identified. I don’t mean to say that there aren’t wrong things for a person of faith to do, but I am saying that there may be multiple streams of “correctness” or “acceptability”, depending on your traditions. The celebration of Christmas is a tradition. It’s attached to an actual event, the birth of Christ, but there’s nothing about the timing of Christmas or how it is observed, particularly in the modern era, that is really tied in to the birth of a baby boy to a young Jewish couple in first century occupied Israel. It certainly isn’t a celebration that the disciples of Jesus followed, either during his lifetime or after the crucifixion, resurrection and ascension. I can’t imagine Paul showing the Gentile disciples in Antioch or Rome how to put up “Christmas” decorations.

But it’s a tradition that, in one fashion or another, the church as been celebrating for a very long time. How it is celebrated as changed over the years and the Christmas that we have now is just a few centuries old. For all those nations where Christmas is celebrated, it is observed with different types of traditions, and some are very different from what we have in America. There are even different ways to celebrate Christmas in different churches in the same city and even between different families who go to the same church.

And then there are corners of the Messianic movement that go absolutely bonkers at this time of year if anyone even breathes the suggestion that celebrating Christmas might be “OK” and not automatically “pagan” and “evil”.

I read a recent commentary on Facebook that was “shared” and originally written by a Messianic teacher I’ve never heard of before (I won’t mention names but the commentary got my attention, though not in a good way). This person compared the Christmas tree to the Tower of Babel, directly applied the prohibitions against idols written in Jeremiah 10 to the Christmas tree, and made an absolute statement that celebrating Christmas leads to (spiritual) death.

One of the reasons I left “the movement” was because of some of the more outrageous teachers that are attracted to “Messianic Judaism”. As in many other religious traditions, there are a number of different branches to “Messianism” and some are more “interesting” (I’m trying to be polite) than others. I have many friends in different branches of the movement, both in person and on the web, and I’m not trying to offend any of them, but I need to try to remind everybody that none of us has the secret keys to the truth and any of us can go off half-cocked given a good enough reason.

It’s OK to disagree with someone’s religious practice and to believe their understanding of the Bible is wrong. However, it is not OK to pass judgment on others to the point where you state unequivocally that those folks with whom you disagree are “going to hell in a handbasket.”

Interestingly enough, my family and I went out to dinner tonight and afterward, we stopped off at a confection shop in the Boise North End called Goody’s. The place was completely decked out for Christmas and while we were waiting for our order to be filled, my son told me there were some things about Christmas that he kind of misses. He lives in his own place and I told him he could decorate it for the holidays if he wanted, but he said it wouldn’t make much sense to do it just for him. He also said that he didn’t doubt he’d celebrate Christmas in the future when he had a family of his own. I was just a little surprised, but he was probably referring to the significant likelihood that he wouldn’t marry a Jew (just how many eligible Jewish young women are there in Boise, anyway?). Michael self-identifies as Jewish and has a spiritual component to his life, but he isn’t particularly religious. It occurred to me that in addition to community traditions and family traditions, sometimes there’s the evolution of the traditions of the individual. Like I keep saying, we all make decisions and we all manage the consequences in one way or another. We all have different ways in which we relate to each other and to God.

We need to keep it together, gang. Faith in God is about listening to and being supportive of others, even if they are different from you. Disagree on principle if you must, but do not condemn, especially if you aren’t that sure of how God views our traditions and particularly when you realize that how we understand the Bible and God may not have absolute fidelity to the original. For tomorrow morning’s “meditation”, I’m posting a blog called “The New Testament is Not in Heaven”. I hope I can further illuminate the role of tradition in our lives for both Christians and Jews, and just how much of what we believe comes from God is actually based on traditions.

Addendum: For more on this topic, go to Kabbalah Christmas and The New Testament is Not in Heaven.