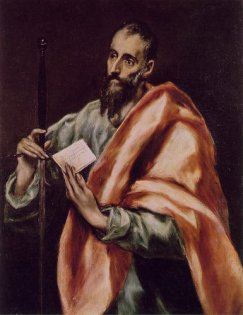 This is a continuation on the topic I started discussing in Lancaster’s Galatians: Introduction, Audience, and What Happened to the Torah? and continued in Broad Strokes. I asked the first of these four questions in Part 1 of this series (please read it if you haven’t yet) but quickly discovered that I’d never get all four questions and their answers in a single blog post. Hence, Part 2 presents the second question. Hopefully, the answer will be illuminating.

Why Did Many Jewish People Reject Paul and the Message of the Messiah?

Let’s face it. Paul received a tremendous amount of opposition during his journeys as he spoke of Christ, not only from the Greeks and Romans, but from many individual Jews and Jewish communities as well. This is exquisitely documented in Luke’s Book of Acts and often gives support to the traditional Christian doctrine that the Jews rejected Jesus but the Gentiles accepted him, thus Jews are now universally without salvation and a place in Heaven, and the Gentile Christians have inherited all of the covenant promises that once belonged to the Jews, replacing them as God’s chosen, splendourous people.

Did the Jews reject Jesus? We’ve already seen in Part 1 of this series (link above) that not all of them did and actually, thousands upon thousands of Jews completely accepted the Christ and were devoted disciples of the Messiah. In fact, in one of my conversations with Pastor Randy, he said he believes that the Jewish population of “the Way” very likely outnumbered, and by a substantial amount, the population of any of the other sects of Judaism, most principally, the Pharisees. This is just conjecture on my part, but as Pastor Randy mentioned this, I couldn’t help but wonder if the Pharisaic sect as well as the Essenes, Sadducees and others, saw that their power bases would erode into eventual extinction should “the Way” take over the Jewish religious landscape by sheer weight of numbers in Jewish membership.

We’ve also seen within the borders of ancient Israel that the apostles and disciples of Messiah were considered a threat to the corrupt and compromised Jewish religious leadership streams (particularly the Priesthood) that were firmly in the pocket of the occupying Romans. Herodian rule was also threatened for similar reasons. The Son of God accused them all of falsehood and usurping the rightful place of the valid Priests and Kings of Israel. These false rulers had every reason to want to silence a small but rapidly growing group who might one day soon incite the people to overthrow them.

But that doesn’t explain the immense amount of resistance Paul experienced in the Jewish synagogues of the diaspora, who were outside the flow of those political currents.

And he entered the synagogue and for three months spoke boldly, reasoning and persuading them about the kingdom of God. But when some became stubborn and continued in unbelief, speaking evil of the Way before the congregation, he withdrew from them and took the disciples with him, reasoning daily in the hall of Tyrannus.

After three months, opposition to Paul’s message surfaced. It may have taken that long for the Jews of Ephesus to realize that Paul’s gospel invited Gentiles into the fold.

This, I think, is the key to much (but not all) of the Jewish opposition to Paul and the Way. Besides announcing the salvation from sin and the life in the world to come promised through the Messiah, the number one thing that set Paul’s sect apart from all of the other Judaisms of that day was the inclusion of Gentiles as equal covenant members without the requirement that Gentiles undergo circumcision and convert to Judaism. This was unprecedented in ancient Judaism and in my opinion, the single largest stumbling block for Jews hearing the Messianic message of Paul and the other apostles.

Remember the Jews of Pisidian Antioch who, in Acts 13:42-43 couldn’t get enough of Paul, Barnabas, and the message of Messiah, and begged them to return to their synagogue on the following Shabbat to speak more about the Kingdom and the Son of David?

The next Sabbath almost the whole city gathered to hear the word of the Lord. But when the Jews saw the crowds, they were filled with jealousy and began to contradict what was spoken by Paul, reviling him. And Paul and Barnabas spoke out boldly, saying, “It was necessary that the word of God be spoken first to you. Since you thrust it aside and judge yourselves unworthy of eternal life, behold, we are turning to the Gentiles.

This doesn’t mean, as we saw in Part 1 of this series, that Paul never again preached the good news to the Jews, but only on that occasion, when the Jewish leadership of the Pisidian Antioch synagogue spoke against him and reviled him. So what happened? On one Shabbat, the Jews couldn’t get enough of Paul and his teaching and exactly one week later, they can’t wait to shut him up and get rid of him. What changed?

But when the Jews saw the crowds, they were filled with jealousy…

Crowds? Crowds of who?

This is the “jealousy” to which Paul referred in his epistle to the Romans. 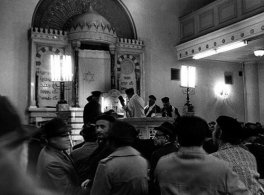 I commented extensively in a previous meditation regarding this “jealousy” that the huge influx of Gentile God-fearers and pagans elicited from the Jewish synagogue leaders in Pisidian Antioch and you are invited to click the link above and read the full analysis of that event. Lancaster supports my understanding that the thing about the Way that summoned such a passionate and even hostile response from some Jewish communities was the unfettered admittance of non-Jews into what was once a wholly Jewish religious and community space.

When the seven days were almost completed, the Jews from Asia, seeing him in the temple, stirred up the whole crowd and laid hands on him, crying out, “Men of Israel, help! This is the man who is teaching everyone everywhere against the people and the law and this place. Moreover, he even brought Greeks into the temple and has defiled this holy place.” For they had previously seen Trophimus the Ephesian with him in the city, and they supposed that Paul had brought him into the temple. Then all the city was stirred up, and the people ran together. They seized Paul and dragged him out of the temple, and at once the gates were shut. And as they were seeking to kill him, word came to the tribune of the cohort that all Jerusalem was in confusion.

Two major points must be considered here. The first is the fear and hostility elicited at the very thought that Paul would allow admission of a non-Jew into the Temple past the court of the Gentiles. After all, such a thing was not done. True, Paul hadn’t actually taken Trophimus into the Temple, but just seeing the two of them together inspired all sorts of terrifying fantasies in many of the Jerusalem Jews. The very thought of Gentiles having full and equal membership into a Jewish religious sect without first having to convert to Judaism and being compelled to obey the complete body of Torah mitzvot and halachah was unthinkable. For many Jews, access to the God of Israel was located in a “Jews-only” zone, which is understandable, given that Israel was a nation then occupied by a brutal Gentile army. Only the apostles and disciples of Jesus understood differently and even some of them would never completely reconcile themselves to Gentile admission.

And when they heard it, they glorified God. And they said to him, “You see, brother, how many thousands there are among the Jews of those who have believed. They are all zealous for the law, and they have been told about you that you teach all the Jews who are among the Gentiles to forsake Moses, telling them not to circumcise their children or walk according to our customs.

To the Jews in Jerusalem who were both devout disciples of Jesus the Messiah and zealous for the law, even the rumor that Paul was teaching the Jews in the diaspora, who were living among and worshiping with the Gentile God-fearing disciples, to forsake Moses, telling them not to circumcise their children or walk according to [their] customs was a horrible and virtually unthinkable idea. It was completely and totally against everything the Messianic Jews in the Land understood about the life and character of a devout Jew.

Again, this rumor was completely untrue. Paul totally denied ever teaching such a thing to the Jews in the diaspora, so we can believe that Paul and the other devoted Jewish disciples of Messiah fully understood that there was no contradiction between their faith in Jesus and their lives as Torah-obedient Jews. The only thing that may have given the Jerusalem Jews the idea that Paul was teaching against the Torah to diaspora Jews is this.

Thus all will know that there is nothing in what they have been told about you, but that you yourself also live in observance of the law. But as for the Gentiles who have believed, we have sent a letter with our judgment that they should abstain from what has been sacrificed to idols, and from blood, and from what has been strangled, and from sexual immorality.

Apparently, there was some confusion about the instructions James and the Council of Apostles issued to the believing Gentiles (see Acts 15) involving the limits of their obligation to the Torah as opposed to what Paul was and wasn’t saying to his Jewish audience. If word got back how Paul was instructing the Gentile disciples within the context of the “Jerusalem Letter,” it may have been assumed that such was Paul’s general message to everyone he encountered, including diaspora Jews (for a more complete treatment of the Council’s ruling of “Gentile halachah,” see my six-part series on Lancaster’s Acts 15 commentary, Return to Jerusalem).

I’m firmly convinced that among all the various reasons why individual Jews and Jewish communities rejected Paul’s message of Messiah, the number one “biggie” was the admission of unconverted Gentiles. Sadly, this was a problem that was never resolved and the cracks and fissures that developed between the Jewish Way and the rest of the Jewish sects eventually spawned a total split, ultimately resulting in a Gentile Christianity, and a stream of Judaisms moving forward in history that, by definition, were compelled to consider just about anyone a possible Messiah except Jesus Christ.

Rabbinic literature also reluctantly admits the reality of the miracles performed in Yeshua’s name but forbids it all the same. Some sages maligned the Master as a sorcerer, and they accused him of using a secret name of God to perform His miracles. By the second century, the sages forbade using the Master’s name for healing. They also forbade Jews from accepting the prayers of Yeshua’s disciples (b. Avodah Zarah 27b.)

Happily, there is a small but growing movement of Jewish people today who are rediscovering the Messiah Yeshua and who are devoted disciples of the Master within a completely Jewish worship, cultural, and lifestyle context. It is my belief that Messiah will continue to call the Jewish people who are his own back to him and back to the Gospel promise of personal salvation and national redemption of Israel.

Part 3 of this meditation will address the third question that came up as a result of my “Pastor Randy conversations” and I encourage you to return here and read the continuation of this series in tomorrow’s “morning meditation.”